As anticipated, the regulations governing SF6 use are growing ever more stringent, and switchgear manufacturers and system operators are responding 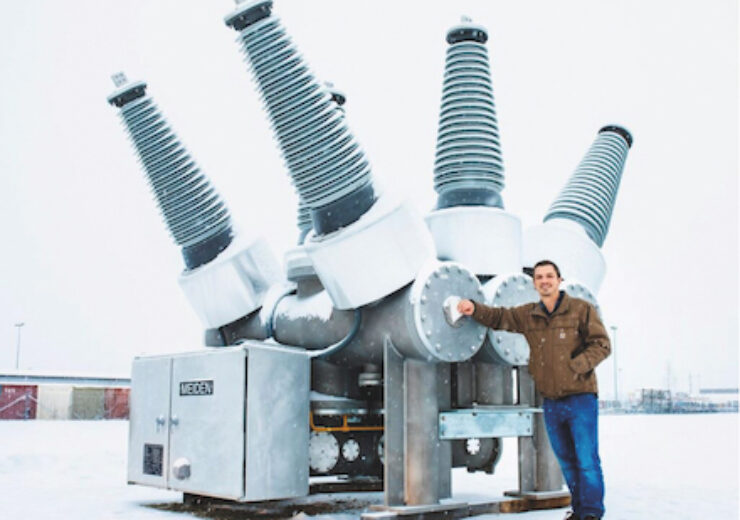 The European Commission has proposed new regulations that will more tightly control ozone-depleting substance and fluorinated greenhouse gases (F-gases), among them SF6, which has been used for more than 35 years in electricity transmission and distribution equipment as a switching and insulating gas.

SF6 is in fact the most potent greenhouse gas, with a warming potential more than 25 000 times higher than carbon dioxide and an atmospheric residence of up to 3200 years.

Frans Timmermans, Executive Vice-President for the European Green Deal said: “For decades the European Union has had the world’s most ambitious policy on fluorinated gases and Ozone Depleting Substances. While existing laws have been successful, science urges us to go further and faster now.”

The proposed regulations introduce “new restrictions to make sure that F-gases would only be used in new equipment where no suitable alternatives are available” and mean that “SF6, the most potent greenhouse gas, will be phased out in all new equipment for electrical transmission (switchgear) by 2031.”

They aim to “make it easier for customs and surveillance authorities to control imports and exports, cracking down on the trade of illegal F-gases and equipment’ and, in addition, “penalties will become harsher and more standardised.”

Clean (or “processed”) air is a pure mixture of nitrogen and oxygen. It has a global warming potential < 1 and can be released into the atmosphere at the end of its lifespan.

“The only sensible solution to replace SF6 in medium-voltage switchgears is the use of natural-origin components of the ambient air”, suggests Stephan May, CEO of the Electrification & Automation Business Unit at Siemens Smart Infrastructure. “As the average lifetime expectancy of these electrical products is in the range of 35 years, changing directly to Clean Air is the most future-proof solution to comply with all possible upcoming environmental regulations.”

According to its reading of the new draft European Commission F-gas regulations, Siemens considers that “training and reporting obligations with our ‘Blue GIS’ are obsolete.”

Siemens notes that its “blue portfolio” currently includes F-gas-free solutions for the 12 kV and 24 kV voltage levels, with the first 24 kV installations already deployed (eg by EWE NETZ in Germany) and a recent contract for 24 kV equipment placed by Iberdrola for a project in Spain. Siemens also says that “40.5 kV versions” are going to be introduced shortly.

And “as the first existing SF6 switchgears are approaching end of life”, Siemens says it will “support its customers as a reliable partner during the decommissioning and replacement, along with a proven disposal process and related services.”

Hitachi Energy, which has adopted a somewhat different approach to SF6 elimination, including the use of fluoronitrile-based gas mixtures, said it was “currently in the clarification process to understand the [European Commission] proposal in more detail.”

A first for Meiden, in Alaska

A total of three SF6-free 145 kV vacuum circuit breakers were delivered, to be installed by summer 2022.

Noting that “worldwide regulations are strengthening to restrict the use of SF6 gas”, Meidensha says “global demand for high voltage eco-friendly vacuum circuit breakers is increasing rapidly as many utility companies are making the responsible choice by opting to replace ageing and obsolete substation equipment with more reliable and environmentally sustainable equipment across their systems.”

Among numerous benefits to GVEA arising from this “world first,” piece of equipment will include reduced maintenance requirements (compared with traditional gas or oil insulated breakers); lower operational costs; less electric heat requirement during the winter, with the ability to operate at minus 50°C without tank heaters; ability to refill insulating air without de-energising the breaker; elimination of manual switching procedures required to de-energise breakers; reduction of risks associated with unexpected low SF6 pressure alarms; and the reduced GHG emissions, equivalent to about 1000 t carbon dioxide per annum.

Meiden says it released a 72 kV class dead tank dry air insulated vacuum circuit breaker in 2004, and more than 2000 of these have been sold globally.

Vacuum circuit breaker technology is not new to Golden Valley Electric Association either, the utility says. In 2012, GVEA installed a 69 kV air-insulated vacuum breaker and has since installed 24 more, “all of which have performed exceptionally well in Alaska’s extreme conditions.”