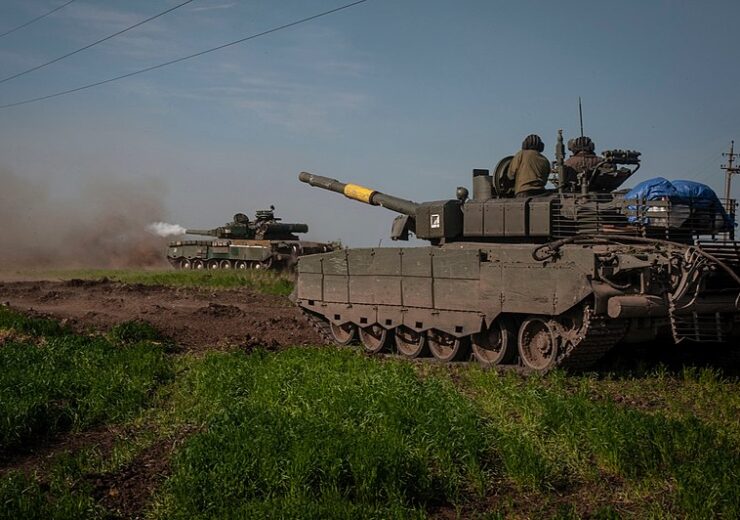 As the northern hemisphere is still in the peak winter season, any disruption of Russian crude, coal, natural gas, and LNG supplies would have significant consequences.

Unsurprising then that as the tanks rolled into Ukraine, Brent surged above $105/bbl to its highest since 2014, the benchmark TTF European gas price surged by 39.7%, front calendar European coal increased by 16.3% and Northeast Asia LNG cargoes for April delivery surged by 53.6%. But, as it transpired that Russia energy supply had not been disrupted, with gas still flowing through Ukraine to Germany, with Gazprom even booking capacity on the Yamal pipeline to Germany for the first time since mid-December albeit at just 16.6% of the pipeline’s capacity, prices corrected.

This pricing narrative underlines the hold that Russia has on global energy markets, either through direct supply reliance as in German and Italian natural gas, or indirectly. On Sunday 27 February news broke that president Putin had raised the alert status for Russia’s nuclear arsenal and when the oil markets opened in Asia on the Monday morning Brent surged back above $102/bbl. Gas and coal prices duly followed as risk premiums were once again embedded into prompt energy prices.

Logically, neither Moscow nor the West’s interests are served by restrictions to Russian energy supplies. None of the sanctions that have been implemented by the West have directly targeted Russia’s energy sector, focussing on financial institutions to slowly strangulate Russia’s economy and bleed it dry. While the controversial Nord Stream 2 pipeline was targeted, with Germany suspending certification of the pipeline, Nord Stream 2 was not expected to carry gas to Germany until the third quarter, so the suspension has no current energy impact. And the only other direct energy impact has been UK oil major BP ceding to government pressure and announcing it will offload its 19.75% stake in Russian state-owned oil company Rosneft.

But the sanctions on Russia’s banks and particularly the expulsion of certain Russian banks from SWIFT, the high-security network that connects thousands of financial institutions around the world, will impact energy flows if Russian companies are unable to receive payment. And with further sanctions expected as the West ratchets up the economic pressure on Moscow it is likely that Russian exports of all commodities from oil and metals to grains will be severely disrupted. And the flows of Russian commodities will continue to be disrupted or halted until clarity is established on exemptions. And this could take weeks.

Even if Russia ends its Ukraine invasion, or a peace treaty is established between Moscow and Kyiv, the sanctions will not be quickly repealed. Trade flows could continue to face disruption and energy prices could remain elevated through the summer and into the next winter.

Russia’s invasion of Ukraine is a wake-up call, and nowhere is this more pertinent than in Europe, which is dependent on Russian gas to heat homes and run its gas-fired generation plants. And Germany is most at fault in allowing this dependence to escalate. Gerhard Schröder, a noted Russophile and Germany’s chancellor from 1998 to 2005, claimed his most important political initiative was developing Nord Stream 2, with Schröder then promptly joining the board of Gazrom in 2006. His successor, Angela Merkel then took the populist decision to phase out Germany’s nuclear power in a knee-jerk reaction to the 2011 Fukushima tsunami, increasing dependence on Russian natural gas. Merkel also put in place the phase-out of Germany’s hard coal and lignite power plants, scheduled for the middle of the next decade, and yet while most of Northwest Europe has developed LNG regasification capacity to provide supply flexibility, Germany has been blinkered by its devotion to Russian natural gas.

Germany, it seems, has now had an epiphany. Merkel’s successor as chancellor, Olaf Scholz, announced at the end of February that Germany will build its first LNG terminals to break the country’s dependence on Russian energy imports with Scholz announcing that the LNG terminals will be in the states of Schleswig-Holstein, in the north of Germany, and lower Saxony, in the northwest of the country. The terminals will also be able to accept supplies of green hydrogen in the future.

It’s not just Germany that needs an energy epiphany. The energy crisis created by the post-pandemic recovery and accentuated by Russia’s invasion of Ukraine should force a collective global energy wake-up. Dependence on a single energy resource or supply source presents too much risk. As the world fixates itself on the nirvana of net-zero, with countries seeking to out-green others by being the first to fully decarbonise, there is an increased risk of supply insecurity if the winds don’t blow, the sun doesn’t shine, and the tides are benign.

France has reversed its plan to reduce the share of nuclear and invest in new capacity, yet Belgium is proceeding with its nuclear phase-out and plans to replace the lost capacity with new gas plant. The phase-out of coal plant in Europe will further increase the call on gas. With gas production in the UK and Norwegian continental shelves declining, the only increasing gas production is in Russia. And with the ramp up in Asia demand for LNG to fuel economic growth and eventually displace coal, there is not enough LNG to replace the loss of Russian gas supplies to Europe.

Europe’s growing natural gas dependence, driven by its rapid quest for decarbonisation and its collective nuclear antipathy, is its energy Achilles heel. Russia must be the wake-up call for change.