Pipeline maintenance and repair can be expensive, inefficient and dangerous, but research is underway to apply new technology to the problem 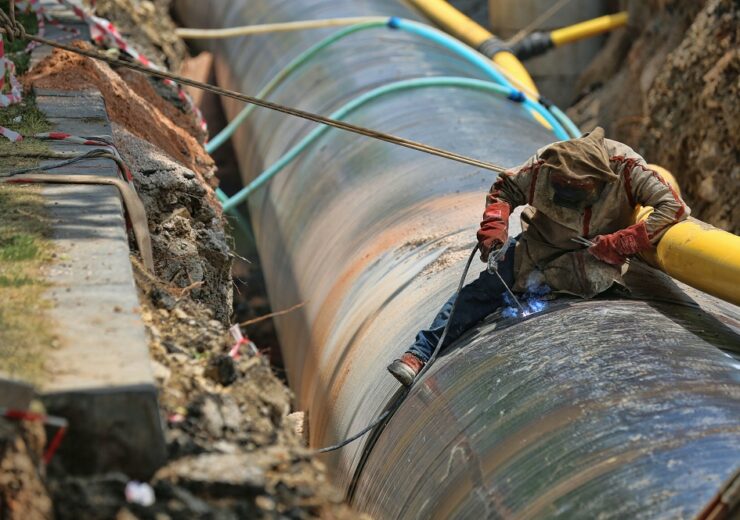 Until recently, pipeline repair was a time-consuming process that involved getting up close and personal with the area of concern – but advances in robotic inspection technology now promise to cut the time it takes to repair pipelines and the staff required to do it. World Expro writer Abi Millar talks to research scientist Dr Amit Shukla and Peter Routledge, project manager at Forth Engineering, to find out what these technologies will look like.

Pipeline inspection and repair have long posed challenges for the oil industry. Most of the existing solutions are costly and inefficient – and that is only where pipelines can be inspected at all. The UK has around 200 miles of high-pressure pipelines that can’t be monitored with current technologies. And in Abu Dhabi, where much of the infrastructure is more than 40 years old, a lack of suitable inspection solutions has led to unplanned failures.

“Manual inspection procedures for these pipes are not only hazardous and expensive but also inefficient, considering the risks at stake,” explains Dr Amit Shukla, a research scientist working with the Abu Dhabi National Oil Company (ADNOC). “These pipes are subject to extreme weather conditions and have not been inspected for a long time.”

It’s easy to see why inspection is so important. If an oil pipe bursts, this doesn’t only mean loss of revenue for the oil company, it can also spell environmental disaster. We need only recall tragic incidents such as the Exxon Valdez and Deepwater Horizon oil spills to see what the worst-case scenario looks like.

Unfortunately, pipes are vulnerable to corrosion, cracking and manufacturing defects. This means it’s important to discover any flaws at an early stage, before a small defect becomes a big one. If the flaw has degraded to a sufficient extent, operators have no choice but to undertake a costly repair.

Existing pipeline repair technology can be expensive and inefficient

“The operator would need to shut down the pipeline for a couple of weeks at a time, at a cost of millions of pounds per day,” says Peter Routledge, project manager at Forth Engineering. “The costs of repair have been estimated as about £50m, but that’s not taking into account the production losses from the lack of oil flowing through the pipe.”

At present, there are two ways of inspecting a pipe – internally and externally. During an internal inspection, a device known as an “intelligent pig” is sent into the pipeline, where it is carried along by pressure differences in the fluid.

The pig – so called because it cleans and scrapes out detritus, like its namesake – has the advantage of entering the pipeline without stopping operations. On the flip side, it interferes with the regular production process of plants, and can require a lot of preparation. It also isn’t suitable for depressurised pipes.

“Due to factors such as the overall cost, the infrastructure requirement [and] preparation conditions, for example, these inspections are only performed every three to five years,” says Shukla. “Once an anomaly is detected, there is no way of knowing how this anomaly is evolving until the next inspection is performed. This means there’s a substantial gap in knowledge about the health of a pipeline between two successive inspections.”

With external inspection, a group of workers will drive a vehicle along the transportation pipelines, visually checking the pipes for any signs of leakage or damage. Shukla describes this process as “highly inefficient, expensive and hazardous”.

“Another problem is that such simple visual inspection just doesn’t give any significant information for the anomalies brewing in the buried pipes or cathodic protection layer,” he says. “It can be helpful only in the worst cases of leakage and deformations.”

Routledge adds that, with subsea pipelines, repairs carry some obvious human risks. The operator will need to mount a floating production storage and offloading (FPSO) unit above the site of the repair, before sending down skilled divers to complete tasks.

“If there are some corrosion areas or damage to the internal or external part of the pipe, they have to send divers down to the pipeline to cut out the damaged section,” he says. “The idea of doing the repair from the inside hasn’t been considered before.”

It is only over the past few years that the industry has started to think about doing things differently. To an extent, this conservatism makes sense – you might not want to move beyond the tried and tested when you know the consequences of something going wrong.

However, the sector is starting to learn from the manufacturing industry, in which automation for “dull, dirty and dangerous (3D)” tasks is already the norm. It is turning towards robotic inspection and repair technologies as a way of saving time and money, as well as improving safety.

“Recently, ADNOC conducted a workshop in which the condition monitoring of deeply buried oil and gas pipes was mentioned as one of its most critical challenges. The company has called for “digital oil fields”, which means using AI robotics, machine learning and data mining to build safer and more efficient inspection mechanisms.”

New generation of robotic tools is under development

Together with colleagues at Khalifa University, Shukla responded to the call with a non-contact condition-monitoring robot – a smart inspection mechanism for buried oil and gas pipes. Unlike any other device in the industry, it can conduct an external inspection of the pipeline from ground level, without excavating the trench and exposing the pipe surface.

The robot can identify defects autonomously and in real time, as well as flag up the location with high-accuracy GPS. And in another industry first, the device utilises machine-learning algorithms to make future predictions about abnormal events.

“It uses a new alternate robotic inspection mechanism based on robotic agents – an automatic guided vehicle and unmanned aerial vehicle – and non-contact sensors,” says Shukla. “The ability to predict future anomalies in the pipeline is not possible with conventional inspection methods. So, we have also integrated a novel predictive maintenance mechanism based on AI and machine learning for inspection and management of the pipes.”

Shukla’s robot has now been presented at several trade shows, and he is working with several oil companies to roll out the technology onto the market.

Forth Engineering is approaching a similar challenge from a different perspective. The company is heading up a consortium to develop a robot called FSWBot. This robot will be able to conduct repairs on subsea pipelines, eliminating the need for divers or lengthy breaks in operation.

“The device goes in the pipeline at the point of entry, which might be on the oil rig itself, and then the oil will carry the robot to its required destination,” says Routledge. “Once it gets there, it will detect the repair patch and mill out the specific area, and then it will deploy the patch in one system.”

It also incorporates a patch-deployment system, a milling machine and an ultrasonic NDT, all concealed within one part of the mechanism.

“The benefit to the operator is that they don’t have to close down the pipeline,” says Routledge. “They’re also using existing assets on the rig to deploy the system and they can do up to six repairs in one pass fully autonomously. If one repair costs £50m, you could say the cost-saving per deployment is £300m.”

Pipeline repair technology is attracting interest across the energy industry

While the device is still under development, the company has received a huge amount of interest from oil companies and asset-owners across the globe. There has also been interest from other industries, such as the wind and nuclear sectors, which may be able to use the device within their own operations.

“We’re still at the early stages, but I’m sure once the technology has proved to be useful it’ll be used in different aspects of the oil and gas industry too,” says Routledge. “For instance, I recently wrote another tender to do vertical repairs rather than horizontal repairs, and to do them 360° in circumference rather than welding a patch in one position.”

In its first phase, the project has been sponsored by Innovate UK. As it moves into its next stage, Forth Engineering will be seeking an industry partner that can help bring the prototype device through to commercialisation.

Another group worth mentioning is the Norwegian company Halfwave, which has provided its Acoustic Resonance Technology (ART) to the Gas Robotic Agile Inspection Device (GRAID) platform on the UK’s National Grid. This solution will be able to inspect the UK’s “unpiggable” gas pipelines, for which no other technology is suitable.

EC-OG, a Scottish engineering consultancy, is also developing an in-line robot project for oil pipelines that can travel autonomously with and against the flow of production. Compared with existing pig technologies, this robot will have a minimal effect on production.

Finally, BP hopes to perform 100% of subsea inspections from maritime autonomous ships (MAS) by 2025. The petrochemical giant is no stranger to automation, having first used unmanned aerial vehicles to inspect some of its oil pipelines as early as 2014. All these technologies are grounded on the promise of cutting costs, not to mention decreasing risks to human beings and the environment.

“At the moment, oil and gas is just catching up in terms of technologies,” says Routledge. “It’s always been an industry where people say, ‘we’ve always done it one way so why should we change?’ But given the new technologies that are coming on board, and the proven success of these technologies in other industries, it is now taking them into its current systems.”

This article originally appeared in 2020 Volume 1 of World Expro. The full issue can be viewed here.