Analysis by Wood Mackenzie highlights that the recent surge in oil prices could lead to a higher cash flow for producers, with the potential to even reach record-setting highs this year 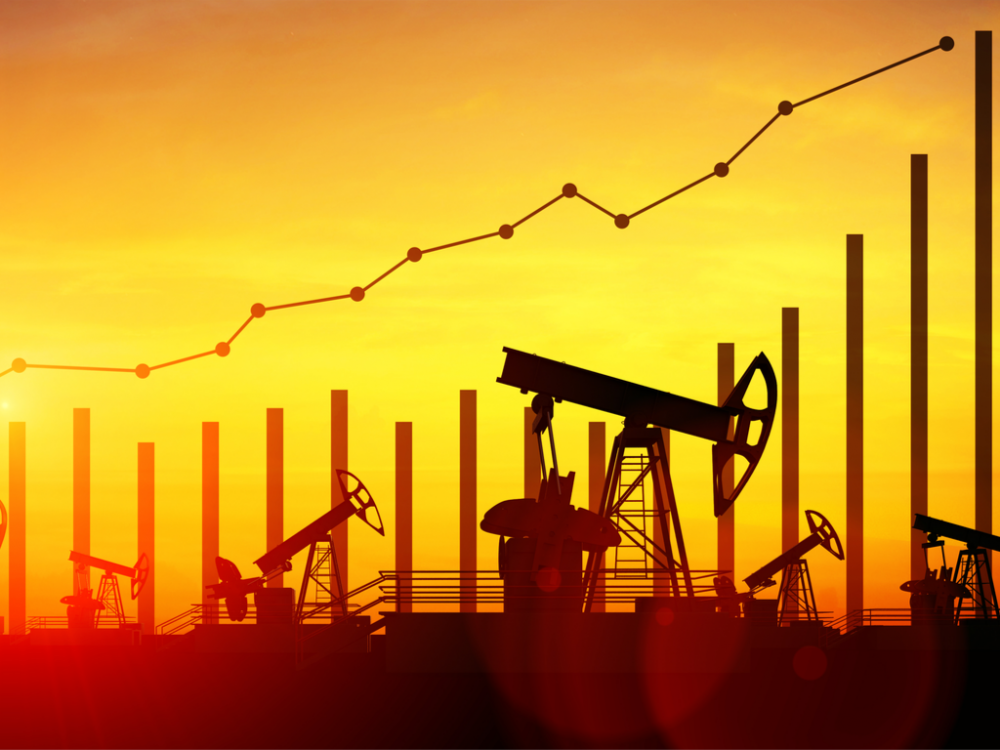 The oil industry is currently benefitting from higher prices following 2020’s downturn – but operators “need to be cautious” despite the price rebound, an energy analyst has warned.

Analysis by Wood Mackenzie highlights that the recent surge in oil prices – with Brent crude flirting around the $70 per barrel mark – could lead to a higher cash flow for producers, with the potential to even reach record-setting highs this year.

It would be a much welcome boost for a number of the industry’s firms, who were significantly challenged by the low oil prices during 2020, as the West Texas Intermediate (WTI) fell into negative price territory for the first time ever last April, combined with a drastic drop in energy demand due to the pandemic.

But while Greig Aitken, a director with Wood Mackenzie’s corporate analysis team, notes that prices above $60 per barrel will always be better for operators than $40 per barrel, he says it’s “not all one-way travel”.

“There are the perennial issues of cost inflation and fiscal disruption,” adds Aitken. “Also, changing circumstances will make strategy execution more challenging, particularly as it relates to doing deals.

“And there’s the hubris that comes in every upswing, when stakeholders begin to regard hard-learned lessons as outdated views. This often leads to over-capitalisation and under-performance.”

Aitken believes operators should remain pragmatic, as the blueprints for success at $40 per barrel are still the same as they for success when prices are higher.

But Wood Mackenzie’s analysis warns that there are a number of issues operators should keep in mind.

Firstly, it notes that supply chain cost inflation is inevitable. The energy researcher claims the supply chain has been “hollowed out” and that it’s “barely sized to service the austere world of sub-$50 per barrel activity levels”.

It believes a rush of activity would very quickly tighten markets causing costs to “rise swiftly”, such is the lack of headroom in the market.

Secondly, Wood Mackenzie believes fiscal terms are “likely to tighten” and rising oil prices are a “key trigger for fiscal disruption”. It highlights that while several fiscal systems are “progressive and set up to raise government share at higher prices automatically”, there are also many that are not.

“While oil companies resist changes to fiscal terms with threats of lower investment and fewer jobs, this could be weakened by plans to wind down or harvest assets in certain regions. Higher tax rates, new windfall profits taxes, even carbon taxes could be waiting in the wings.”

Wood Mackenzie claims the rising oil prices could also stall portfolio restructuring – an area that has been key in helping companies to achieve operational efficiencies and financial flexibility in recent years.

But while there are many assets that currently remain up for sale, the energy researcher believes that even in a $60 per barrel world, buyers would “still be scarce”.

Aitken says the solutions to a lack of liquidity remain unchanged, as would-be sellers can either accept the market price, sell better-quality assets, include contingencies in the deal, or hold on.

“The higher oil climbs, the more emphasis shifts to holding on to assets,” he adds. “Taking the prevailing market price was an easier decision when prices and confidence were low. It becomes more difficult to sell assets at a lower valuation in a rising price environment.

“The assets are generating cash and operators have less pressure to sell due to their increasing cash flow and greater flexibility.”

But Aitken believes that strategically high-grading their portfolios – a process that involves allocating more capital to a company’s highest return assets – remains essential for producers.

“It will get harder to hold the line at higher prices,” he adds. “Companies have talked a lot about discipline, focusing on debt reduction and increasing shareholder distributions.

“These are easier arguments to make when oil is $50 per barrel. This resolve will be tested by rebounding share prices, increasing cash generation and improving sentiment towards the oil and gas sector.”

In its April short-term energy outlook, the US Energy Information Administration (EIA) forecasted that Brent prices will average $65 per barrel in the second quarter of 2021, $61 per barrel during the second half of 2021, and $60 per barrel in 2022.

If this is the case and prices do hold above $60 per barrel, Aitken believes many international oil companies (IOCs) may head back towards their “financial comfort zones” more quickly than if prices are at $50 per barrel.

While the analyst says this provides greater scope for opportunistic moves into new energies or decarbonisation – areas that are becoming increasingly more appealing to the industry’s biggest firms – he adds that this could also be applied to reinvesting in the “upstream cash cow”.

The independents may see growth quickly return to their agendas, as most US independents have self-imposed reinvestment rate constraints of 70-80% of operating cash flow. Aitken notes that deleveraging is the “primary target” for many highly indebted US companies.

“But that still leaves space for measured growth within rising cash flow,” he adds. “Moreover, few international independents have made the same type of transformational commitments as the majors. They have no such reason to divert cash flow out of oil and gas.”

Aitken questions whether the sector could “get carried away yet again”. “At the very least, the focus on resilience would give way to a discussion about price leverage,” he says. “If the market were to start rewarding growth again, it is possible.”

He says it could take several quarters’ worth of strong earnings results to materialise, but notes that the oil sector has a “history of being its own worst enemy”.

“To us, the answer is clear,” adds Aitken. “Oil at $65 per barrel is better for producers than oil at $50 per barrel. But what was a good idea just a few months ago – capital restraint, financial fortitude, focus on resilience – remains a good idea today.”

Profiling the five largest oil and gas companies in the world