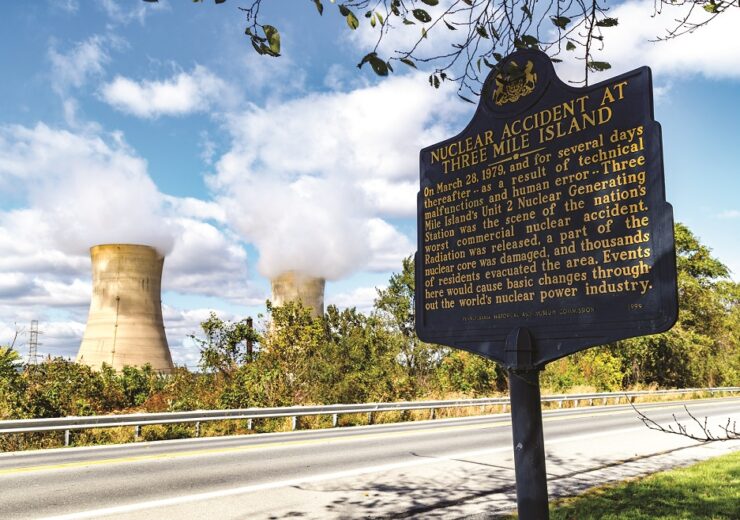 The Three Mile Island accident acts as a reminder that vital information needed to implement emergency protocols is not always available during an event. (Credit: George Sheldon/ Shutterstock.com)

Nuclear power is becoming prevalent in discussions on how to limit global warming. It was notable that the International Atomic Energy Agency (IAEA) appeared during COP26, and just this year there have been announcements on nuclear new-build plans from China and France, and a funding pledge of £1.7bn from the UK government. But as nuclear technology becomes more important the stakes rise. Risk assessment becomes still more important — but how do we avoid becoming slow to respond to the market, as the sheer volume of research, lessons learned and documentation accumulates? How can we use existing information in new applications?

Major nuclear accidents such as those at Fukushima in Japan, Chernobyl in Ukraine and Three Mile Island in the USA are extremely important in learning lessons, not only on how to improve risk assessment and safe design, but also on how to enhance defence in depth, all the way to enhanced emergency preparedness and response (EP&R) protocols.

IAEA safety standards point out the importance of being able to classify emergencies and define intervention levels based on observed conditions. Does this mean that all safety assessments performed prior to an incident are ignored during an event, or can we still make use of their information? How much of the vast amount of information produced by regular safety assessments made in normal operation can be put to efficient use in EP&R and how much will be thrown away, due to organisational or regulatory requirements or simply lack of time and resources in an accident situation?

The Fukushima and Three Mile Island accidents act as reminders that vital information needed to implement emergency protocols is not always available during an event in time to take action. This may come down to unforeseen events or sudden situational changes, as well as inaccuracies in a site’s initial safety assessment under ‘normal’ working conditions. The Three Mile Island incident illustrates this. Together, inadequate communication systems and data delayed as a result of misconceptions about the site characteristics, deprived management teams of critical information. This shaped the response to the incident.

At Fukushima, parts of the emergency response plan relied on making dose projections, but the relevant system was unavailable due to the AC power loss.

Once these limits are understood, the ability to process available information and make a risk-informed call becomes an altogether different challenge.

A decade ago, our nuclear safety and licensing team was asked how to use probabilistic risk assessments (PRAs), to create a tool for source term estimation. The tool would be used during the early stages of a nuclear accident, when information is both scarce and contradictory, and it would have low requirements on hardware, to make it robust during potentially challenging conditions.

PRAs have been successfully used within the nuclear sector since the 1970s. Complex level 1 & 2 PSA models and documentation have been developed for several plants, to complement the traditional deterministic design basis.

The importance of this development can be illustrated in many ways. For example, a lack of realistic estimates of frequencies of crucial events might have been one of the roots of the Fukushima accident, where assessments questioning the tsunami design basis existed long before the earthquake of 2011. After these assessments some countermeasures were put in place — but these obviously did not go far enough. We can take this to encourage the view that safety assessments contain useful information that we might be able to use, should we need it.

Inspired by various research projects, we found that Bayesian Belief Networks (BBN), which are applied for decision-support in a variety of fields, may offer a means of bridging the gap between day-to-day safety assessment and emergency response. Causal relationships between factors and outcomes are already explored within the nuclear power industry. However, the BBNs provide something that standard assessments of facilities typically disregard – live observations.

All EP&R protocols take in factors unique to a particular site, such as design specifics and the local population, so no two emergency response plans are ever the same. This requires any commercial decision-support tool to be flexible.

Our efforts led to the development of the RASTEP (Rapid Source Term Prediction) methodology. It aims to have this flexibility, while being able to take compiled information, in the form of probabilistic data and deterministic source term analyses, from the level 1 and 2 PRA and supplement it with real-time information on plant conditions (also following the IAEA standards).

RASTEP has been designed to support decision-making during infrequent events, but we believe that the principle of using BBNs in this way can be translated into other uses and industries. This will give emergency decision-makers more insight, time, and resources to make the most appropriate call with the information currently at their disposal. Information derived from a BBN may, at least, provide another level of robust protection against information deficiencies. This could be vital in scenarios where seconds matter.

The release of hazardous material from a nuclear emergency has the potential to cross international borders. Using the RASTEP method, with generic plant data to gain an early idea of the effect of different scenarios, might be sufficiently robust to give local and national authorities the necessary insight to implement protective actions, even if some of the details are unknown or yet to be realised. Such tools may be especially fruitful countries with no or small-scale nuclear power programmes.

Sharing information regarding a nuclear incident should be as instant as possible and give the clearest possible picture. Taking the Fukushima accident as example, in emergency response outside Japan there were large differences between countries. Information sharing was limited, possibly held back by the extreme uncertainties of the situation and lack of insight in typical safety assessment results.

With the increased focus on fossil-free energy, this is a time to strengthen our designs and methods further and to make full use the vast bodies of safety assessment information that have already been accumulated. We hope that our method of building such information into a BBN model for EP&R applications can serve as an interesting and inspiring example here.

The success of nuclear in mitigating climate change and air pollution, as well as its potential to contribute to society in other sectors (hydrogen, heating, propulsion, production of medical isotopes) will be a question of performance and safety. We have both the responsibility and possibility to use the huge amounts of information already at our disposal to increase our chances.