Who is making decisions to invest in new nuclear? In June, the spotlight moved to the Netherlands. The government website says firmly, “There are no plans to build any new nuclear power plants,” so why has it become a bellweather for nuclear new-build? 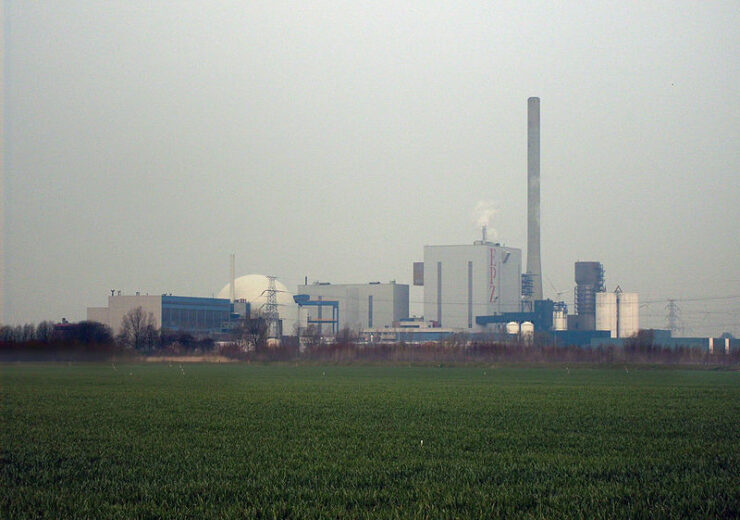 The Netherlands is no stranger to the nuclear industry. About 10% of the electricity used in the country comes from its single nuclear power plant at Borssele, a PWR that has been ticking over reliably since 1973.

An older unit, Dodewaard, was shut down in 1997 after just 28 years of operation, but Borssele outlived a plan for it to close in 2004. That 1994 government plan crumbled in the face of legal action by the plant’s owner and in 2002 the government changed its position, first allowing the plant to complete its initial 40-year life and then – acknowledging that it was providing low-carbon power – extending it by 20 years, to 2033.

Public opinion in the Netherlands remained fairly neutral about nuclear, giving it credit for being a low-carbon source and Borssele’s reliability but without much interest in expansion.

In 2016 the Netherlands Ministry of Economic Affairs published Energy Report: Transition to Sustainable Energy a key document setting out the country’s energy policy. Its support for nuclear was barely lukewarm, saying: “Under the current market conditions, there is no demand for a new nuclear power plant, however, the cabinet does not rule out new nuclear technologies being deployed in the future, as long as they are safe.”

A past attempt at a new-build project ran aground. It had been started in 2009 by Provincial Zeeland Energy Company (a municipality-owned utility which was then known as Delta and owns 70% of Borssele’s operating company, EPZ). In 2010 the project was supported by centre-right Prime Minister Mark Rutte. But it failed to find other support and in 2012 the project was halted.

Now the energy portfolio in the Netherlands is changing. Firstly its need for electricity is increasing, along with other European countries, as vehicle traffic moves from fossil fuels to electric power. Domestic heat, which included gas and gas-fuelled district heating, is considered likely in many areas to switch to electric options such as heat pumps.

Secondly, the Netherlands has to consider its gas future. For decades it was a major gas exporter from its offshore and onshore gas fields and it is a central hub for Europe’s gas market. However, over the last 10 years, it has been forced to cut extraction from the biggest onshore gas field – Groningen – to a fraction of past levels because extraction has caused significant earthquakes and buildings have been damaged.

If the Netherlands is to retain its position at the heart of Europe’s gas industry it needs to rethink its gas supply industry, so it is responding with plans to scale up the production and transport of hydrogen. Given the problems at Groningen, in the Netherlands, the debate over whether to source hydrogen from natural gas (via steam methane reforming) or electrolysis is heavily weighted toward the latter. Again, that raises electricity demand.

A general election last year again returned Mark Rutte as Prime Minister, but this time the new nuclear plant was on the table from the start. In December, the 2021-2025 Coalition Agreement had much stronger arguments for new nuclear. It said, “Nuclear energy can complement solar, wind and geothermal energy in the energy mix, and can be used to produce hydrogen. It also makes us less dependent on imported gas.” It added: “The government will also take the necessary steps for the construction of two new nuclear power plants.”

What is more, it put money on the table: the financial appendix to the coalition agreement promises expenditure beginning at €50m in 2023, ramping up to €200m in 2024 and €250m in 2025. There is plenty more in the pot too – it promises a cumulative total fund of €5bn up to 2030 to enable construction to move forward. It says: “This means that, among other things, we will assist commercial operators in their exploratory studies, support innovation, carry out tender procedures, consider the contribution (financial or otherwise) to be provided by public authorities, and prepare legislation where necessary.” It also promises to keep the Borssele plant in operation for longer and tackle waste.

Russia’s invasion of Ukraine has brought these issues to a head. The Netherlands relies on Russia for relatively small amounts of energy but – like the rest of Europe – it is thinking about energy independence in the short and long term. For the coming winter, it has so far held steady on winding down Groningen.

As for the long term, it seems that the opinion on nuclear has shifted significantly, from neutral to positive. Rutte has maintained his long-term plan for new nuclear for more than a decade. Can he now deliver?