Nuclear is now gathering political and financial support as it serves to address the twin challenges of energy security and climate change but it is still far away from the longed-for equal recognition with renewable sources as a key part of the solution to net zero. However, Jeremy Gordon, an independent communication consultant from Fluent in Energy, argues that even if nothing changes to help nuclear, the competition could equalise sooner than we think 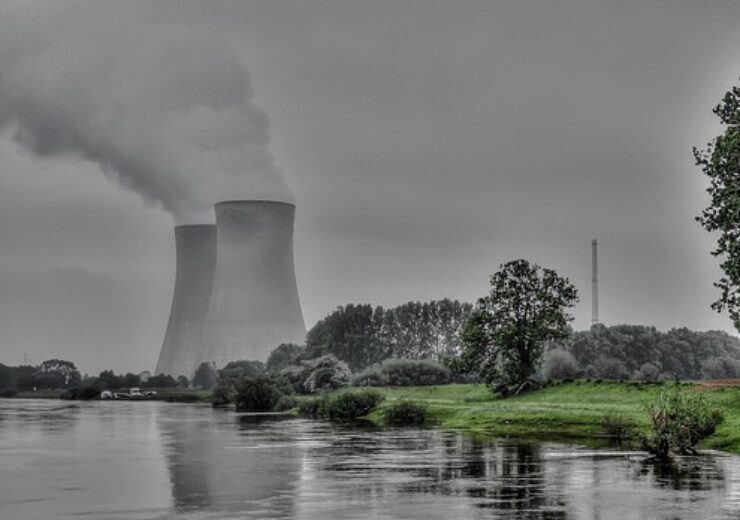 The world is coming to terms with the pace and scale of action needed both to get to Net Zero and achieve an adequate level of energy security in the short term. This means that the number of people determined to pursue every energy option before turning to nuclear is diminishing.

At the same time, when people look seriously at deploying renewables at the scale required, they start to accumulate unwelcome baggage.

Take solar power, which is projected to be the world’s main source of electricity by 2050. Putting solar on rooftops is of course a no-brainer, particularly where its production will coincide with demand for air conditioning or the work of a business. These deployments are the low-hanging fruit, easily accessible in the built environment. But these alone are far from enough to meet our energy needs. Building the large number of utility-scale solar projects required means using vast open spaces in areas of land that could otherwise be productive as agricultural land for instance. But there are even more extreme projects being mooted as the solution to our clean energy demands.

Indeed, the solar megaprojects being promoted now require fields of photovoltaic panels that stretch to the horizon and in some cases are far over the horizon too. The proposed Sun Cable project, for example, would provide 3GWe of capacity for Singapore but will come from a solar farm near Darwin in Australia’s Northern Territory. The plan will see the solar generation connecting up the city via a 4200km undersea HVDC cable.

Not only is this a huge undertaking but instinctively, the idea that an entirely artificial landscape of glass would be a good thing just feels very wrong. It’s true that there are not many really sprawling developments like Sun Cable but it also counterintuitive, or perhaps an irony, that laying out huge solar fields across a distant land would be the way to save the world. Most people know that there is actually a surprising amount of life in the desert so there is no environmental free pass to projects there.

While it has witnessed extraordinary growth and substantial success, wind power too is facing challenges that will likely constrain its apparently unlimited growth.

Where wind power faces opposition, research shows that this mainly comes from ‘annoyance’. Some people simply feel annoyed by the sight of the turbines, which may be irrational but seems to be a fact of life. But this issue is bound to grow: The area from which a turbine is visible is proportional to the square of its height, and that is constantly increasing. Opposition to wind might therefore be expected grow too and even accelerate as developments get closer to more densely inhabited areas. As an example of the opposition wind can face, the UK’s Conservative government put a moratorium on onshore wind to satisfy its rural voters, and only recently for energy security reasons removed that with a proposal to compensate nearby residents with money off their energy bills. In some places wind power development can face remarkable opposition. A Norwegian anti-wind Facebook group has 117,000 members, which is incredible in a country of merely 5.3 million people.

It’s not an anti-wind statement to acknowledge these issues, which are just realities that the expanding wind industry is working on through community engagement. Indeed, the Whitelee wind farm in the UK invested in visitors’ centres and facilities for people who want to walk and cycle between the turbines. By making these people-centred investments Scottish Power Renewables turned what is objectively a cold and wind-blasted environment into one of Scotland’s most popular tourist attractions. Just as it’s not necessarily true that all renewable energy developments are environmental blessings it is by no means automatic that big renewable projects are unwelcome either. Nonetheless, there is growing recognition that renewables are not a global panacea.

Recent analysis by an energy policy professor, whose team had been looking at maps of India and trying to find space for the vast renewable projects the country would need, had come up short. Even a country as vast as India was without enough options for solar to be the whole answer. So, for the country currently suffering a 50 deg C heatwave that many people say is a sign of climate change apparently doesn’t have much chance of successfully deploying the favoured technology. This is a disaster.

Elsewhere, political interventions over accusations of slave labour in the supply chain for solar power have emerged. Moves to strip Chinese-supplied polysilicon from Western photovoltaic supply chains have driven prices back up and now in the US it is likely that panels with Chinese-sourced components will be prohibited from federally supported developments.

At the same time, Frans Timmermans of the European Union has said that the bloc will never be able to deploy enough renewables on its own territory to power its hydrogen ambitions. For significant reliance on hydrogen to replace liquid fossil fuels the EU will have to import the stuff, perhaps from vast renewable developments in North Africa. There’s simply not enough space in a densely populated area of the world.

These anecdotes all represent the same dawning realisation that frictions exist with renewables just as they have done with nuclear. After 15 years of extraordinary growth, the reality of being a major global industry seems to be setting in for wind, solar and other sources of renewable energy. They are accumulating political baggage.

The nuclear industry has never been anti-renewable, but if the industry is to achieve its potential and help countries achieve their goals for energy supply, security and decarbonisation then it needs equal access to those opportunities. Today that still seems to be some way off. Nuclear comes with an awful lot of issues which have crippled its progress even in enthusiastic nations and have put it out of the picture entirely for most of the world’s 195 countries. That legacy is still holding the industry back even as the new realities of the energy system become impossible to ignore. Germany, for example, recently declared that it will oppose plans by the European Union (EU) that would see it include nuclear energy as a sustainable investment in its “taxonomy” policy for labelling green investments. “This ‘no’ is an important political signal that makes clear: Nuclear energy is not sustainable and should therefore not be part of the taxonomy,” said a statement. The semantics of sustainable aside, it is clear that we must continue to develop new nuclear capacity if we are to avoid climate catastrophe. Any alternative is simply not sustainable.

We should never wish for other clean energy sources to suffer the political problems nuclear has but it might just be that the political baggage now starting to weigh on renewables will serve as the equaliser that finally gets nuclear onto the footing it deserves.