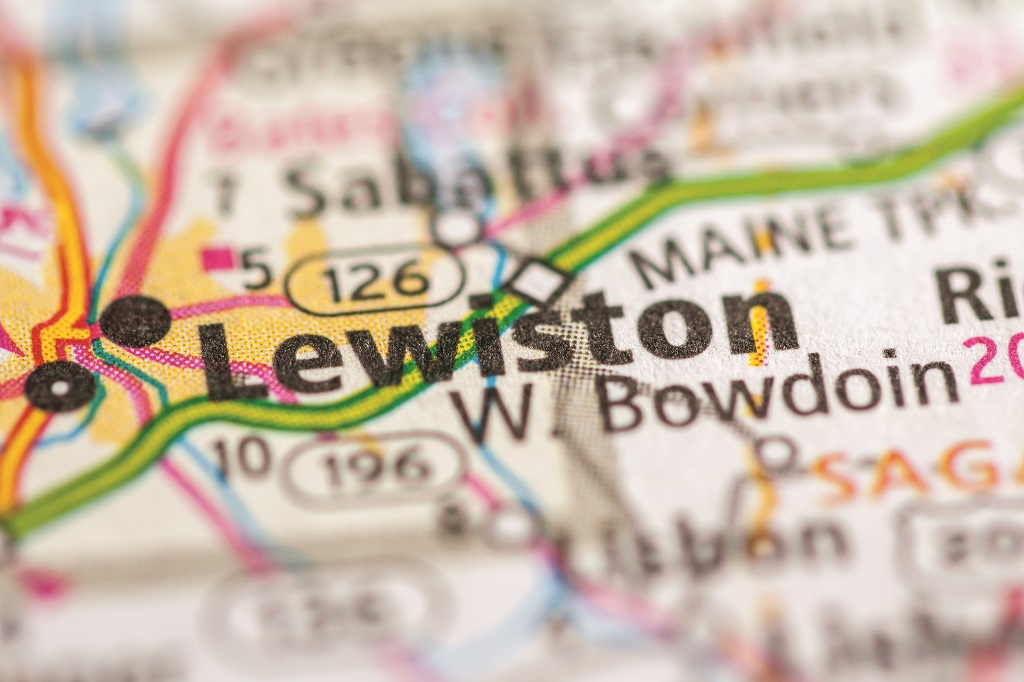 A new substation for the New England Clean Energy Connect project will be located in Lewiston, Maine, in the US (Credit: Shutterstock)

In April 2019, the Maine Public Utilities Commission gave a green light to the scheme which will generate significant benefits for the US states of New England, helping to reduce the burning of fossil fuels in the region.

The commission’s decision to vote in favour of proposals to build an electric transmission line from Québec through Maine to Massachusetts comes at the end of an indepth 18-month analysis weighing the impacts and benefits of the project for Maine consumers.

“We are thrilled that the commission has voted in favour of this project,” said Doug Herling, President and CEO of CMP.

“This approval marks a major milestone for the NECEC and for the region’s efforts to secure a future of clean, reliable energy.

“Today’s decision confirms the NECEC will deliver environmental, economic, energy security, and other benefits for Maine and for consumers throughout New England.

“Addressing the twin challenges of climate change and energy affordability will require a sustained, regional commitment to action.

“The need for progress should always be weighed against the impacts and benefits of every project, and the NECEC is no exception.

“In this case, we believe the commission gave due consideration to all perspectives, and as this decision shows, the balance strongly favours our project.”

Eric Martel, President and CEO of Hydro-Québec, added: “This is an important milestone.”

“After a thorough analysis, the commission’s decision recognises the project’s benefits, both economic and environmental.”

In August 2016, the Massachusetts government signed an act that requires utilities to competitively seek proposals for 9.45TWh of clean energy generation from diverse sources, including firm hydropower and onshore wind supported by firm hydropower.

In response to a consequent solicitation by Massachusetts utilities, CMP proposed the NECEC project.

By harnessing Canadian hydropower and wind resources and transmitting clean energy into the New England grid, CMP says that this scheme will save Massachusetts and Maine consumers hundreds of millions of dollars each year by reducing energy costs, enhancing reliability and contributing to the state’s greenhouse gas reduction requirements.

The utility believes that the NECEC is New England’s most affordable solution to meet its clean energy goals as it provides the region’s most direct link to Québec’s vast clean energy resources with minimal impact to communities and the environment.

It owns all the property rights to build the project, and NECEC interconnects at one of the most modern and strongest points in the New England energy system, which comprises a grid that connects Maine, Vermont, New Hampshire, Massachusetts, Rhode Island, and Connecticut.

Massachusetts electric customers will pay for the project, but CMP states that it will benefit every state in New England in proportion to their share of the regional electric demand.

CMP said: “The new HVDC line enters the electric grid in Lewiston, Maine, one of the strongest connection points in the power system, so this electricity will serve load in Maine.

“Also, Maine and the other New England states will benefit from the subsequent price suppression in electrical rates and the reduction in greenhouse gas emissions from this new source of renewable power.

“Maine will also benefit from the creation of thousands of jobs during permitting and construction, new local tax revenue, increased gross domestic product and cleaner air.”

Maine’s governor Janet Mills said: “Maine is the most heating oil dependent state in the country, with nearly 70% of Maine homeowners relying on oil for their heating needs.

“Discussions in recent weeks have brought to the table the largest generator of renewable energy in North America — Hydro Québec.

“Partnering with this provincial company to our north, with its plentiful low carbon generation, along with local renewable generators, will not only bring down the price of power for consumers of all sizes but will also help us wean off of fossil fuels in a significant way.

“This project will put our state and our region on the road to a zero-carbon economy by 2050.”

It is anticipated that construction of NECEC will begin by the end of 2019 with the project completed and in service by 2022.