Setting the advantages of hydropower and brownfield projects against Africa’s ageing and run-down hydropower fleet, the African Development Bank has set up the Africa Hydropower Modernisation Program (AHMP) with $1m in funding from the Sustainable Energy Fund for Africa (SEFA) 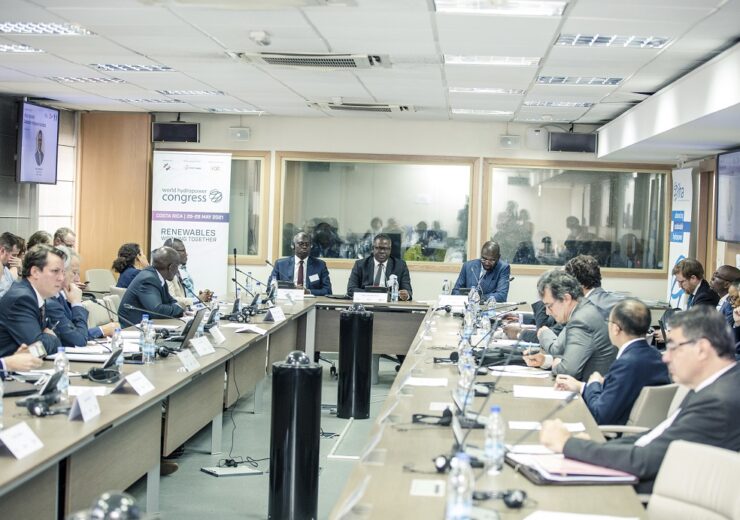 The Africa Hydropower Modernisation Programme will enable and optimise the available hydropower capacity of existing plants and increase power systems flexibility, which is a requirement for the integration of more variable input from wind and solar resources. This in turn will accelerate the transition towards clean, resilient and low-carbon energy systems across the African continent.

The African Development Bank and the International Hydropower Association (IHA) co-hosted a week-long event on sustainable hydropower in February 2020 attended by representatives of governments, the private sector, investors, financiers and civil society. The event drew attention to the fact that over half of Africa’s installed hydropower capacity is more than 30 years old and thus overdue for rehabilitation. The advanced lifecycle stage of Africa’s hydropower fleet was identified as an opportunity for lifetime extension, complemented by the preparation of these power stations to play an increased role in the integration of variable renewable energy (VRE) such as wind and solar photovoltaic.

Africa’s hydropower potential cannot be understated. An estimated 340GW is deemed technically feasible, of which only 11% is currently exploited, the lowest share of any continent. To increase available hydropower capacity in megawatt terms, will require building new plants (greenfield projects) or increasing the capacity of existing plants (brownfield projects). Brownfield projects have a number of advantages including: limited environmental impact, low cost and short lead and construction times. Additionally, hydropower, as a flexible, dispatchable and durable resource, is a key component of advancing Africa’s ongoing energy transition, both as an alternative to fossil fuel-based generation but also as an enabler of VRE technologies.

Setting the advantages of hydropower and brownfield projects against Africa’s ageing and run-down hydropower fleet, the African Development Bank has set up the Africa Hydropower Modernisation Program (AHMP) with $1million in funding from the Sustainable Energy Fund for Africa (SEFA), a multi-donor trust fund, which the African Development Bank manages. The programme was approved on 14 September 2021 and the continental mapping is scheduled to commence before the end of the year.

AHMP will promote the modernisation of hydropower facilities in numerous ways. These include supporting increased digitalisation to improve equipment monitoring and maintenance; the introduction of technologies that improve operational flexibility, including three-machine set-up or the use of variable speed units to allow integration of additional VREs. Furthermore, AHMP will support efforts to ensure the facilities meet the highest environmental, social and climate sustainability standards. AHMP is informed by consultations with key players in the regional hydropower sector, and inspired by work developed by the Inter-American Development Bank (IDB) and the Asian Infrastructure Investment Bank (AIIB), which have successfully initiated the modernisation of hydropower plants in their respective regions.

Based on these consultations, AHMP has been structured around two components:

* High-level mapping of the hydropower fleet status: The first component will map hydropower facilities and assess their respective rehabilitation needs. The target group is comprised of 55 hydropower facilities with an installed capacity beyond 50MW and aged over 30 years. The assessment is envisaged to be conducted by IHA given their unique experience in conducting similar mappings in Latin America for IDB and Asia for AIIB. Based on this station-level assessment and an overlaying macroeconomic assessment conducted by the AfDB (power system capacity and stability, creditworthiness of beneficiary, appetite from key stakeholders, scope of modernisation), two pilot projects will be selected for preparation up to bankability under the second component.

* Project preparation support for selected power plants: This component will fund the preparation of the modernisation of two pilot projects up to bankability. The funding will cover the required studies to define the scope of modernisation, the drafting of core legal documents such as power purchase and concession agreements as well as procurement of concessionaires to undertake modernisation and, potentially, operation of plants. AHMP will also hold capacity building workshops for owners and operators. This component is informed by the successful modernisation of the Kainji and Jebba plants in Nigeria. In this case, the government contracted Mainstream as a concessionaire. The company has successfully modernised the plants, which have gone from output of almost nil to generating over 900MW.

The programme has been designed in a modular fashion. The initial phase will lay the foundations and test the approach of programmatic modernisation at scale. It also provides a partnership platform to engage various technical and financial organisations to join in developing and financing a pipeline of projects across the African continent. The preparatory work of at least two hydropower facilities is expected to be supported by this phase. Development outcomes will depend heavily on the facilities selected, the scope of modernisation measures undertaken and the successful mobilisation of financing. As a baseline, the African Development Bank expects this intervention to increase the available capacity by 200MW and to mobilise approximately $100 million from investors and lenders, with ancillary benefits including job creation for men and women and reduction of greenhouse gas emissions.

The Bank, long recognising hydropower’s importance for Africa’s clean energy transition, has provided more than $1billion in financing for hydropower projects across Africa over the last decade. These projects include project preparation grants, equity investments, debt financing and provision of concessional capital for both public and private sector projects. The 420MW Nachtigal project in Cameroon; the 44MW Singrobo project in Côte d’Ivoire; the 200MW Sahofika project in Madagascar; the 50MW Malagarasi project in Tanzania and the 34MW Kinguélé Aval project in Gabon are some recent examples of projects where the African Development Bank has played a lead role in structuring finance and investment.

However, only three projects in the Bank’s portfolio of over 40 hydropower projects have focused on hydropower modernisation. The most recent is the 1500MW Kariba plunge pool reshaping and spillway rehabilitation in Zambia/Zimbabwe. AHMP is expected to pave the way for the Bank and its partners to scale-up investments in hydropower and to undertake fleet modernisation in a structured and programmatic way.

SEFA is a multi-donor facility special fund, managed by the African Development Bank, that provides catalytic finance to unlock private sector investments in renewable energy and energy efficiency across the continent. It provides technical assistance and concessional finance instruments to remove market barriers and improve the risk-return profile of individual investments. Its overarching goal is to contribute to universal access to affordable, reliable, sustainable and modern energy services for all in Africa, in line with the Bank’s New Deal on Energy for Africa and Sustainable Development Goal 7. SEFA was established in 2011 in partnership with the Government of Denmark and has since received contributions from the Governments of the United States, the United Kingdom, Italy, Norway, Spain, Sweden and Germany.