The research by Professor Richard Herrington highlights that the switch to cleaner technologies is heavily reliant on raw materials, such as cobalt and lithium, which are currently mainly sourced by mining 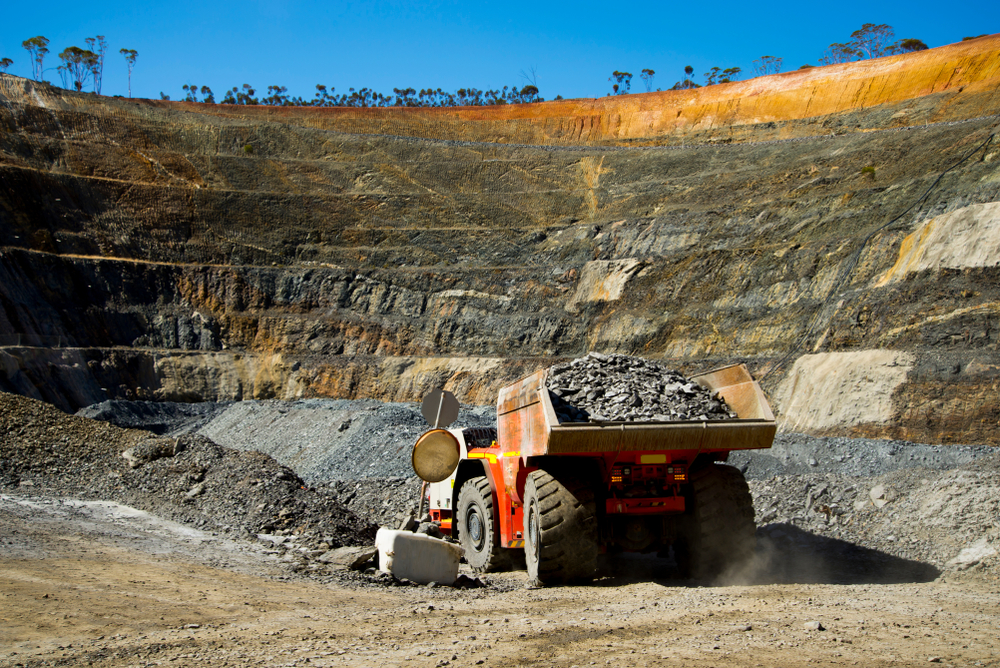 An increase in mining activities is required to power the green energy revolution, a study has found.

The research by Professor Richard Herrington, head of Earth Sciences at the Natural History Museum, highlights that the switch to cleaner technologies is heavily reliant on raw materials, such as cobalt and lithium, which are currently mainly sourced by mining.

The UN’s “race to zero” pledge to cut carbon emissions to zero by 2050, enthusiastically adopted by government and industry alike, further demands a transformation to energy sourced from sustainable technologies rather than the burning of fossil fuels – but the analysis notes that these green technologies carry “intensive mineral demands”.

“The ambition is a fully circular economy, in which demand can be satisfied by reuse and recycling; however, we are not yet at that point. Stocks of secondary supplies and recycling rates are inadequate to meet demand.”

The report, titled Mining our green future, notes that even for metals, such as aluminium and cobalt, for which end-of-life recycling is up to 70%, secondary supply still only accounts for 30% of their growing demand.

In the case of lithium, recycling currently only accounts for 1% of present demand, as highlighted in the recycling rates of metals status report of the International Resource Panel.

Substitution for some of these metals might be possible in alternative technology solutions to reduce reliance on specific commodities, but this is challenging to achieve in such a short timeline, according to the analysis.

It said such alternatives, for example, Li-free multivalent metal-ion batteries to replace Li-ion batteries, are less mature in their development and will take time to industrialise.

As a result of these sourcing challenges, Prof Herrington believes mining “remains necessary” to deliver “validated technical solutions” needed for the rapid decarbonisation demanded in the ambitions to reach net zero.

Recycling can’t meet demand for minerals in the short term

A World Bank Report in 2020 highlighted 17 mineral commodities that appear essential for the clean energy transition to renewables.

Prof Herrington’s study shows that the increase of specific metal or mineral demands depends on the technology.

But it notes that the modelling scenarios that limit climate change to a 2C temperature increase all show a future reliance on solar and wind energy.

Photovoltaic cells require aluminium, copper, silver and steel as well as other elements, such as indium, selenium and tellurium, depending on the type of technology.

Wind energy demands steel, copper, aluminium, zinc and lead as well as neodymium for turbine magnets, while hydropower needs concrete and steel for basic infrastructure, alongside copper and aluminium for power transmission.

Although the projected percentage increase in demand for the major metals is relatively small, it is significant in absolute terms. The report highlights that a 9% increase in aluminium by 2030 would mean an extra 103 million tonnes of aluminium is to be mined. That is more than the world’s total annual production in 2019.

In the short-to-medium term, the analysis points out that recycling cannot meet the increasing demand for metals.

But, by 2035, it said there may be 245 million battery-electric vehicles (BEVs) on the road, which, given average car scrappage rates of 6.9%, could provide scrap from 17 million vehicles per year.

If the ambition of the Global Battery Alliance on battery specifications are met, the study shows that these vehicles could provide recoverable metals for a considerable percentage of the world’s new BEVs with appropriate recycling strategies.

With optimal recycling rates, it added that 30-40% of the US’s needs for both lithium and cobalt could be met by recycling after 2035, but it would still leave a shortfall.

Although the world is not running out in absolute terms, there are supply challenges for commodities, such as graphite, cobalt and lithium, for which increases in demand of close to 500% are projected, the report notes.

Currently, about 62% of the total annual production of graphite comes from mines in China. The World Bank’s analysis suggested that the market needs about 68 million tonnes to be delivered by 2050 – a figure that China can provide about half of with its reserves alone, while additional graphite could be sourced in Brazil, Mozambique and Madagascar.

It is believed more than 60% of the world’s cobalt supply comes as a by-product from the mining of copper in the Democratic Republic of the Congo (DRC), before the mined cobalt is then mainly refined in China and made available to industry.

But there have been several examples of dangerous working conditions, human rights abuses including child labour, and environmental damage associated with Congolese cobalt – prompting many major companies that rely on the country’s supply chains to form initiatives aimed at promoting higher ethical standards.

Alternatively, Prof Herrington’s report notes that cobalt may be recovered from the waste material of existing terrestrial mines. Estimates in 2012 concluded that unrecovered cobalt from existing nickel mines in Europe could supply 50% of the metal needed for European Li-ion battery plants coming on stream.

“The geology of Europe is favourable for a range of new potential sources for the metal,” it added. “Perhaps most controversially, deep ocean nodules could offer industry all the cobalt and manganese as well as most of the copper and nickel we may need for the world’s BEVs.”

Meanwhile, about half of the world’s lithium comes from hard rock deposits in Australia, with the remainder largely sourced from salar brines in Chile and Argentina.

The analysis highlights that lithium is “not a rare metal” and that UK-funded research is currently exploring diverse new sources.

It said areas in the UK, Portugal and Germany are showing “great potential” for lithium sourcing from brines and hard rock sources, but added that it remains to be seen if Europe has the “appetite for more mining in its backyards to secure our green future”.

The report notes that a circular economy would be achievable before 2050 if governments and the private sector “get innovation right across the supply chain” and ensure that products, such as batteries, can be “easily disassembled and recycled”.

But growth trends suggest that mining may still play a role because demand for metals will increase as the developing world reaches the same per capita usage of materials as the developed world.

“The ambition remains to recycle and reuse as much as we can,” said the analysis. “However, new-mined resources will be required in the short term to enable green technologies and infrastructure.

“There are sufficient geological resources to deliver the required metals, but we must carefully balance the need to mine with the requirement to tackle environmental and social governance (ESG) issues and to deliver sustainable development goals, ensuring outcomes are beneficial for both people and planet.”

The report calls upon the world to carefully, creatively and systematically secure a diverse range of acceptable sources for the metals that are in demand.

“New frontiers for supply should include neglected mined waste and seeking more regulated mining areas in our own backyard rather than relying on sources with less controllable, fragile and problematic supply chains,” it added.

“The debate about mining our deep ocean, as an alternative to terrestrial sources, needs to be resolved. Based on such a broad analysis, we can then make balanced societal choices about metal and mineral supply to deliver the ‘Great Reset’ with a good deal for people and planet.”