Launched in December 2020 by the Stimson Centre and its partners, the monitor brings a near-real-time picture of how major dams and the climate impact the Mekong’s hydrological conditions 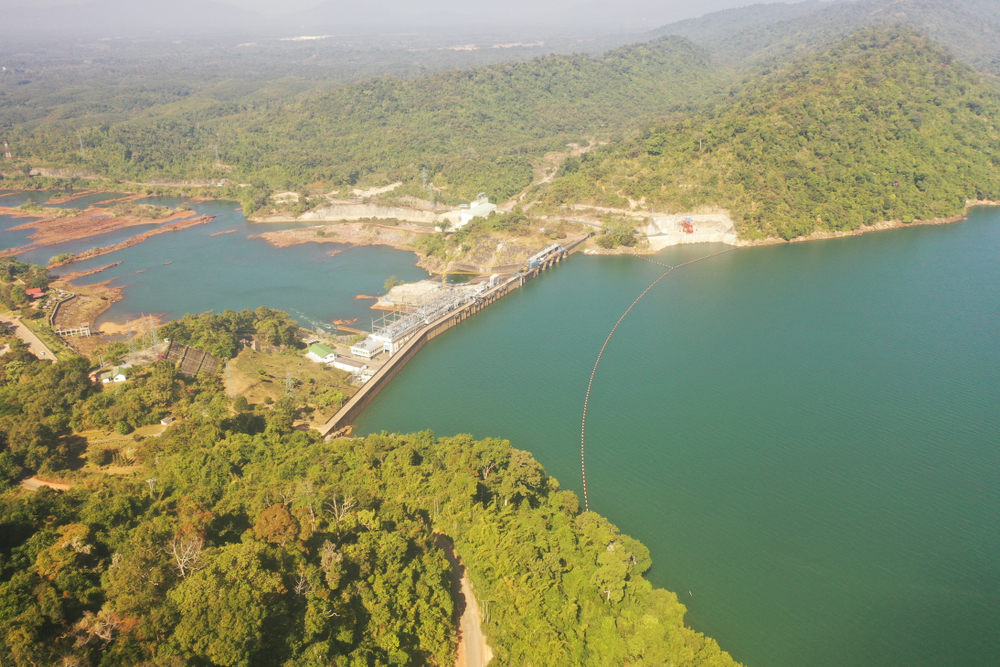 The Nam Ngum Dam is a hydroelectric dam on the Nam Ngum River, a major tributary of the Mekong River in Laos (Credit: Shutterstock/stock hunter)

The launch of the new Mekong Dam Monitor claims to bring unprecedented transparency to basin-wide dam operations throughout the entirety of the Mekong river basin.

Launched in December 2020 by the Stimson Centre and its partners, the monitor brings a near-real-time picture of how major dams and the climate impact the Mekong’s hydrological conditions.

Remote sensing will be used to monitor dam operations and water levels across the six countries of the Mekong basin – China, Myanmar, Laos, Thailand, Cambodia and Vietnam.

The monitor will also enhance transparency on the upstream operations of China’s 11 upper mainstream Mekong dams through weekly reporting of reservoir conditions and visualisation of how the dams are operated as a cascade. To date, no information about the conditions and operations of these upstream dams has been shared outside of China.

The platform is freely available for public use by policymakers, downstream communities, researchers, and activists on the US State Department’s Mekong Water Data Initiative website.

The project is a collaboration between the Stimson Centre and Eyes on Earth, with funding from the Mekong-US Partnership and the Chino Cienega Foundation.

The multiple tools of the Mekong Dam Monitor

More than 60 million people in Vietnam, Cambodia, Laos, Thailand, Myanmar, and China rely on the Mekong River. Its associated fish and agricultural products feed mainland Southeast Asia and are exported throughout the world.

Those behind the development of the Mekong Dam Monitor say it will improve transboundary river governance and increase the capacity of downstream stakeholders to negotiate for an equitable share of water. Importantly, the monitor also provides a valuable early warning signal of impending flood and drought in the lower Mekong basin.

Alan Basist, president of Eyes on Earth and project co-lead, says: “We’re taking a data and evidence-based approach that complements the work of regional organisations and supports their missions. Data is our starting point – satellite imagery, wetness and precipitation data, GIS measurements, and more.

“Hopefully, this can help policymakers promote transparency, as well as support a level playing field for negotiations on how best to allocate water resources in the Mekong Basin.”

With multiple tools in one platform the monitor includes:

“With innovations like the ‘virtual gauge’ and by pulling various data into one place, we are empowering a wide range of stakeholders across the region. In turn, we hope that transparency will increase accountability, empower countries most affected by dams, and ultimately help protect both the river and the people who depend on it.”

Support and funding for the Mekong Dam Monitor

The Mekong Dam Monitor is supported by a grant from the US Department of State, with additional support from Chino Cienega Foundation and individual donors. It is part of the Mekong-US Partnership, which was launched in 2020 to advance integrated sub-regional cooperation with support from the US.

The monitor builds on the ongoing work of the Mekong Water Data Initiative to improve the transboundary management of the Mekong River through data sharing and science-based decision making.

The Stimson Centre has been a leading voice on urgent global issues for three decades and promotes international security, shared prosperity and justice through applied research and independent analysis, deep engagement, and policy innovation.

The Stimson Center Southeast Asia Programme works with key stakeholders in Lower Mekong countries and with key development partners – such as the governments of the US, Australia, Japan, and EU – to design and implement technical and policy solutions that promote the sustainable development of the Mekong Basin.

The Eyes on Earth team includes founder Alan Basist, a former US government scientist and private sector consultant who has worked as a climatologist for more than 35 years, and Claude Williams, a leading climatologist and an expert in homogeneity adjustment and microwave interpretation.