In 2019, it was reported that China, the world’s largest emitter, accounted for almost half of the total oil production in Asia 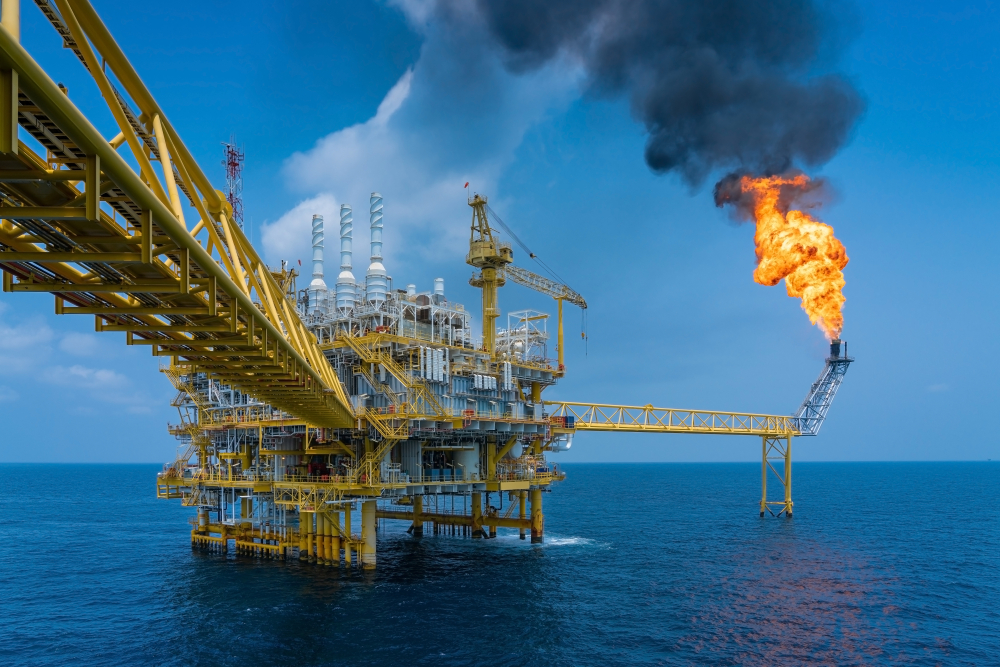 A number of countries across the Asia have ramped up their production of fossil fuels to keep on top of the ever-increasing demand (Credit: Shutterstock/Oil and Gas Photographer)

The oil and gas industry is made up of some of the largest companies in the world, many of which are based in Asia.

As energy demand has grown across the continent since the turn of the century, a number of countries across the region have ramped up their production of fossil fuels to keep on top of the ever-increasing demand.

In 2019, it was reported that China, the world’s largest emitter, accounted for almost half of the total oil production in Asia and the country has been forced in recent years to import additional oil to meet domestic demand.

Despite global efforts to reduce the world’s reliance on high-polluting fossil fuels such as oil, analysis by energy researcher Wood Mackenzie projected that demand for the fuel in the Asia Pacific region could rise by 25% by 2040 compared to 2019’s levels.

China Petroleum and Chemical Corporation, also known as Sinopec, is the second-largest company behind US retailer Walmart and the largest oil and gas company in Asia Pacific and the world by revenue, after bringing in $407bn at the end of the 2019-20 fiscal year.

The Beijing-headquartered firm, which was founded in 2000, is one of China’s three state-owned oil companies.

Sinopec’s operations include oil and gas exploration, refining, and marketing, as well as the production and sales of petrochemicals amongst various other activities.

As a result of the coronavirus pandemic and the lockdown measures imposed across China, the company’s profits fell by more than 16% in 2019-20 to $6.8bn.

After recording $379bn in revenue at the end of the 2019-20 fiscal year, China National Petroleum is also the second-largest oil and gas firm in Asia Pacific and the world.

It currently holds assets in 30 countries around the world and specialises in oil and gas operations, oilfield services, petroleum engineering and construction, equipment manufacturing, financial services, and new energy development.

Saudi Aramco is the state-owned oil company of the Kingdom of Saudi Arabia and is the third-largest oil and gas company in Asia and the fourth-largest in the world by revenue.

It has the world’s second-largest proven crude oil reserves – more than 270 billion barrels – and is the largest daily oil-producing company.

In December 2019, Saudi Aramco’s shares began trading on the Saudi Stock Exchange, where it became the largest initial public offering (IPO) in the world at the time, raising $25.6bn. The company recorded $88bn in profits in 2019-20.

China National Offshore Oil Corporation (CNOOC Group) is another one of the nation’s state-owned oil and gas firms.

By the end of the 2019-20 fiscal year, it had amassed $109bn in revenue, making it the fourth-largest oil and gas company in Asia.

The CNOOC Group, which is headquartered in Beijing and was founded in 1982, focuses on the exploitation, exploration and development of crude oil and natural gas in offshore China.

Eneos Holdings is a Japanese petroleum and metals conglomerate and the fifth-largest oil and gas company in Asia by revenue.

The Tokyo-headquartered firm brought in $75.9bn at the end of the 2019-20 fiscal year and recorded a $1.7bn loss across the same period.

Eneos Holdings, which changed its name from JXTG Holdings in 2020, was founded in 2010. Its businesses include the exploration, importation, and refining of crude oil, as well as the manufacture and sale of petroleum products.