How oil discovery in Guyana could reverse the country’s fortunes 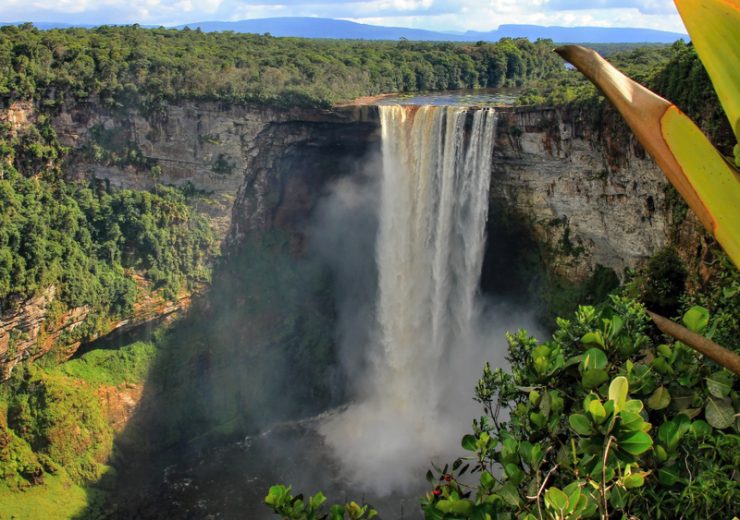 For decades, Guyana has been riven by civil strife, brain drain and corruption – but a massive offshore oil discovery by ExxonMobil with huge economic potential promises to change all that. World Expro writer Greg Noone talks to David Goldwyn, chairman of the Atlantic Council Global Energy Center’s Energy Advisory Group, about the potential of this new field, not only for international operators but also for the Guyanese economy in particular.

Soon after Pizarro laid waste to the Inca Empire, rumours began to circulate among the conquistadores of a city of gold, far richer than anything they had encountered before. Failing to find it in the jungles of Peru, they extended their search east, to what is now Guyana. An expedition into its interior of several hundred men was led by Don Pedro Malaver da Silva. The party was promptly massacred by the indigenous Carib tribes.

The testimony of its lone survivor – who, after begging for his life, claimed he was enslaved in the golden city for a decade before escaping – encouraged several more European expeditions to search for El Dorado, but to no avail.

Instead they found a semi-fertile land, bisected by the Demerara River, that was eminently suitable for growing tobacco and sugar. The first European plantations were established in the 17th century by the Dutch, who quickly began importing slaves from West Africa to reap what they had sown.

The basic destiny of Guyana as an extractive economy was set from this moment on. Change proceeded at a glacial pace. After the colony had passed from Dutch to French and then British hands, slavery was finally abolished in 1834, leading the local authorities to supplement the newly freed workforce with poorly paid indentured servants from India.

It is from these two groups that the demographic make-up of Guyana is now derived: the Indo-Guyanese, who make up 39.8% of the population; the Afro-Guyanese, at 29.3%; and the rest who identify as mixed race or as Indigenous Amerindian.

Relations between the Afro and Indo-Guyanese were rarely tranquil. Racial divisions were deepened and exploited by politicians on either side and irretrievably worsened by the British choice to back Forbes Burnham – the leader of the predominantly Afro-Guyanese People’s National Congress party (PNC) – as the country’s first post-independence prime minister in 1964.

Admired by the UK and the US for his anti-communist credentials, Burnham was also deeply corrupt and not above manipulating racial tensions for his own political advantage. By the end of his tenure and the first free and fair elections in 1992, Guyana had turned from a country with modest economic potential to one of the most impoverished in the world.

The political and economic stability achieved since then has been hard won. Guyana’s racial tensions have persisted – exemplified in the enduring rivalry between the PNC and the left-wing People’s Progressive Party/Civic (PPP/C) – but in recent years have eased, with mixed gatherings of Afro and Indo-Guyanese not an uncommon sight on the streets of the country’s capital, Georgetown.

Then came the discovery – not of El Dorado, but something far more precious to Guyana’s future. In May 2015, ExxonMobil confirmed the existence of a vast set of oil deposits in the so-called Starbroek Block off the Guyana coastline, a recoverable resource potential that has since risen to the equivalent to eight billion barrels.

The announcement, and the subsequent flurry of activity in the country as the US operator gears up for extraction, left the country at an economic crossroads.

“The per-capita impact of this on Guyana would be dramatic,” explains David Goldwyn, chairman of the Atlantic Council Global Energy Center’s Energy Advisory Board and an expert on Guyanese politics. “The challenge for a country like Guyana, given its state of underdevelopment, is how do you take this money and create the building blocks of development?”

Goldwyn is more qualified than most to answer this question. In addition to running the Atlantic Council’s energy advisory group, he served as the Obama administration’s first special envoy for international energy at the US State Department, where he helped start its Energy Governance Capacity Initiative (ECGI).

The scheme “looked at ten countries, which were not yet oil and gas producers, but might be, to try and see how we could improve their governance before they became producers”, explains Goldwyn.

Guyana was one of the countries dealt with by the ECGI. Altogether, the initiative helped provide seven years of US government support to the country, aiming to strengthen its finance and petroleum industries for the day if, or when, major drilling would commence.

At the time, it seemed only a slight possibility; while Guyana had oil fields in its shallower waters, they only led to a very modest return for the operators that bothered drilling.

The deepwater discoveries made in 2015 – analogous to similar finds off the coasts of Brazil and West Africa – have proved far more lucrative. By the end of 2021, if all goes to plan, these offshore fields are expected to yield some $300m for the Guyanese government, dwarfing any previous revenues it might have enjoyed from bauxite, rice and what little gold is mined in the interior.

“For a country the size of Guyana – 800,000 people – which was relatively poor, this is potentially transformational in terms of its economy,” says Goldwyn. “And so, for the last three years, the Inter-American Development Bank, the Organisation of American States, every NGO that deals [with] oil sector transparency, the US government [and] the IMF, has been trying to advise Guyana on how to use these resources wisely.”

One of the main challenges will come in deciding what to spend the money on, and when. The legacy of the Burnham administration was one of under-investment in key infrastructure, immediately noticeable if one ventures outside Georgetown.

There, in the interior, “the road network, the water network [and] the electricity network is really not well developed at all”, says Goldwyn.

For Guyana to fulfil its true potential as a petro-state, he argues, it needs to make targeted and sustained investments from oil revenues in its education and transportation systems, as well as its electrical grid. All of this has to be managed carefully, an extremely difficult proposition for a governmental apparatus of such limited capacity.

The danger, says Goldwyn, is that ordinary Guyanese will expect much more of their elected leaders than they can immediately deliver.

While the initial potential returns of a couple of hundred million dollars will be significant, it will take a while before oil production is ramped up to the scale of $30bn in revenues per year – and for the effects to be felt by everyone in Guyana. “People’s expectations of how much their lives will change is immediate,” says Goldwyn. “This would be a challenge for any government.”

Preventing the ‘resource curse’ will require transparency and political stability

This challenge has a name: the so-called ‘resource curse’, shorthand for the corrosive effect massive new oil wealth can have on the integrity of a nation’s political institutions and social fabric.

Ultimately, the danger lies in government officials lining their pockets and preventing revenues from trickling down to the rest of the population. Time and again, new discoveries of the scale seen in Guyana have resulted in a marked increase in corruption, civil strife and authoritarianism, from Nigeria to Equatorial Guinea, Mozambique to Papua New Guinea.

In early 2020, it seemed that Guyana was travelling down the same path. In March, a general election was held that was so poorly organised it took a full recount before it emerged that the incumbent PNC government had been ousted by the opposition PPP/C.

At first, however, President David Granger refused to leave office, disputing the election results through the courts. Eventually, international pressure – including a wave of US sanctions against individual members of the government – forced Granger to resign. Even so, it was an ominous portent for the kind of political strife Guyana might experience as its politicians fight to divide up the spoils of the oil discovery.

Ironically, Granger’s attempt to cling to power only served to delay the next stage in extraction. Aside from the predictable chill felt among international investors, the debacle also led to a delay in the predicted oil revenue schedule of up to nine months.

The PPP/C has also promised to review the terms of ExxonMobil’s proposal for its third extraction effort in the Starbroek block, after accusing the government during the election of granting terms that were suspiciously favourable to the oil major during its first project; terms that could have cost the nation up to $55bn in lost revenues.

Goldwyn, for one, finds this to be implausible, given that in first-round contracts, most of the risk is on the shoulders of the operator. “I think the contract for Guyana is reasonably standard,” he says.

Even so, the review process – led by a team of Canadian advisers – is one that Goldwyn deems entirely appropriate. Shining a light on how these types of drilling contracts are negotiated between oil majors and national governments boosts transparency, and strengthens political accountability as to how the resulting revenues are distributed.

“There’s a lot that countries can do to apply extractive industry transparency initiative principles, to make sure that all payments made to governments are published and verified,” says Goldwyn. That expectation, he says, “should do a lot to inform the public and the media as to what business is going on”.

And business is set to boom. According to ExxonMobil, the operator has already invested $67m in Guyana – which includes a direct workforce that is half Guyanese – 100,000 hours of training provided to Guyanese staff, $10m invested in an environmental non-profit and a local university, and created a purchasing network comprised of 600 Guyanese suppliers.

By the end of 2020, the International Monetary Fund estimates that Guyana’s GDP is set to balloon by 53%, making it the world’s fastest-growing economy.

Provided that the nation can continue to heal the divide between its Afro and Indo-Guyanese populations – a huge challenge, given Guyana’s history – its future looks bright.

The relatively low costs of extracting oil from its waters means that, in all likelihood, oil majors are likely to stay in the country over the next few decades, as the energy market accelerates its transition to renewables and the industry withdraws from higher-cost regions.

In that respect, Guyana is the final El Dorado for operators like ExxonMobil. “The resource is large, the unit cost is low and it will be up to the operators to ensure that it is also low-carbon, which is a matter of how they manage discretionary flaring,” says Goldwyn.

Needless to say, this all depends on a stable Guyanese body politic. “The future of Guyana really has yet to be written,” says Goldwyn. “We can only hope that both sides will see the political wisdom of taking the country’s interests first and using that money wisely.

“They’re up against a lot, but they have a lot of partners who are hoping to help them. You’ve seen this movie before. Let’s just hope that this version of it ends better than the previous one.”