Recent key hydrogen developments in the USA include a conditional $504.4 million commitment from the US DOE in support of the ACES project, described as “the world’s largest green hydrogen hub”, and the first demonstration of a hydrogen blend fuel (albeit a modest 5% H2 by volume) in an HA gas turbine 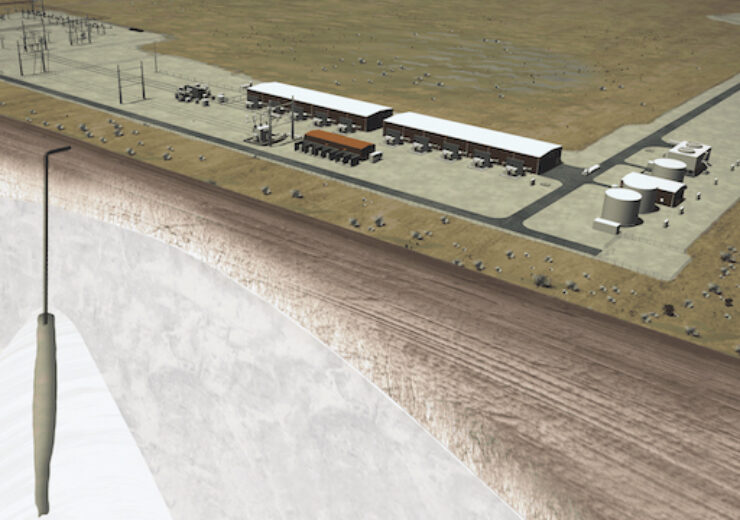 Visualisation of a salt cavern to be used for hydrogen storage as part of the Advanced Clean Energy Storage project (Credit: Mitsubishi Power)

The US Department of Energy’s Loan Programs Office has issued a “conditional commitment” of up to $504.4 million in debt financing for the Advanced Clean Energy Storage project, which is being developed by ACES Delta, a joint venture of Mitsubishi Power Americas and Magnum Development.

Several steps remain, and certain requirements must be met before DOE issues a loan guarantee, but this clearly is another important milestone for what its developers say is “expected to be the world’s largest industrial green hydrogen production and storage facility”, noting that plans for the hydrogen hub, located in Delta, Utah, “were first announced in May 2019, and within three years it is in the final stages of debt and equity closing.”

The hub has secured all major contracts including: offtake; engineer, procure and construct (EPC) contractors; major equipment suppliers; and operations and maintenance providers. Haddington Ventures, the financial advisor for the hub and equity sponsor of Magnum Development, is securing $650 million through its equity syndication programme.

The hub will initially employ 220 MW of electrolysers powered by renewable energy to produce up to 100 tonnes per day of green hydrogen, which will then be stored in two massive salt caverns each capable of storing 150 GWh of energy.

Financed with support from the DOE loan guarantee, this facility will supply hydrogen feedstock to the Intermountain Power Agency’s (IPA) IPP Renewed Project — an 840 MW Mitsubishi Power supplied hydrogen-capable combined cycle power plant — which will initially run on a blend of 30% green hydrogen and 70% natural gas (by volume) starting in 2025 and will increase to 100% by 2045.

Among other key participants in the ACES project are:

• Black & Veatch, which will provide EPC services for the energy conversion facility and will construct the hydrogen production facilities.

• NAES Corporation, which will provide O&M services and oversee the current projected team of 20 plant-related personnel.

• Utah School and Institutional Trust Lands Administration, a subdivision of the State of Utah, which leases the site and plans to use revenue generated from the hydrogen hub to benefit Utah schools.

Meanwhile, in Hannibal, Ohio, GE and Long Ridge Energy Terminal have for the first time demonstrated the use of a hydrogen-blended fuel in a GE HA gas turbine, at Long Ridge’s 485 MW combined cycle power plant (which started operation in October 2021).

The hydrogen blending test was completed on 30 March 2022 using hydrogen produced as a by-product from a nearby industrial facility.

The gas turbine is of the 7HA.02 type, which can burn up to 15-20% hydrogen initially and is “expected to have the capability to utilize up to 100% hydrogen over time.” For the demonstration, GE employed its H2 Integrated Fuel Blending System.

Scott Strazik, CEO, GE Global Energy Business Portfolio, said the demonstration built on a “great legacy of hydrogen fuels experience across GE’s non-HA gas turbine fleets, where GE has more than 8 million operating hours burning hydrogen or similar low carbon fuels. We are pleased to collaborate with Long Ridge to demonstrate pre-combustion decarbonisation is something we can and must pursue today, even on GE’s largest utility-scale HA gas turbines, to demonstrate that gas generation can be a destination technology in the energy transition.”

Long Ridge plans to produce hydrogen onsite and, like the ACES poject, is considering the use of below-ground salt formations for large-scale hydrogen storage, enabling it to provide a range of energy storage offerings, “ranging from accommodating seasonal fluctuations related to renewables, to cost-effective, dispatchable intermediate and baseload power.”