On the opening day of the World Hydropower Congress 2021, the International Hydropower Association brought together two former prime ministers in conversation Tony Blair and Malcolm Turnbull 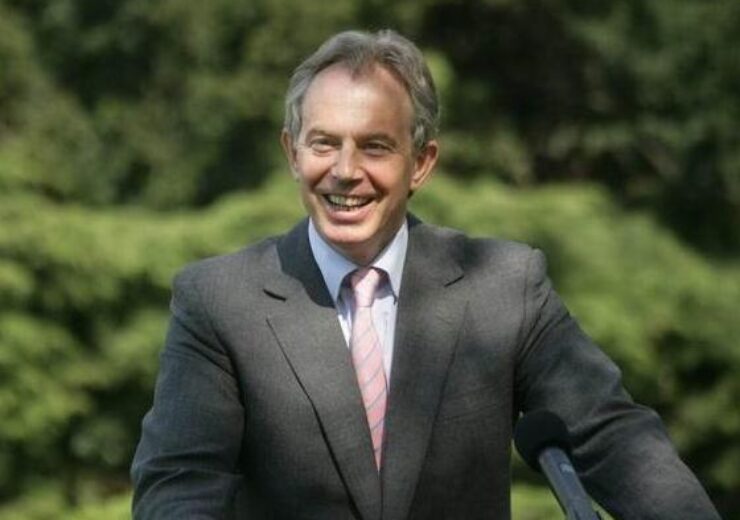 Tony Blair and Malcolm Turnbull have both played pivotal roles in putting climate change high on the national and global political agenda. Here they discuss the role pumped storage has to play in the clean energy transition.

It’s good to be discussing the most urgent and existential challenge we face today which is that of global warming.

I wanted to get Tony Blair’s view on what I have described as ‘the crisis within the crisis’ and that is the need for more long duration storage which is overwhelmingly pumped hydro. We now have a rush of thankfully cheaper and more effective variable renewable energy such as wind and solar, but of course they only work when the wind blows and sun shines. So, we’ve got to have a means of storing electricity. While batteries are very effective for short duration, for long duration storage we need more pumped storage.

The thing that worries me the most, and you and I understand this as former prime ministers, is that long duration storage needs planning. Governments, highly political governments particularly, are often not very good at long term planning. They are mainly looking to the new cycle or the next election or even next week, and pumped hydro takes years to build because of all the planning, permitting and civil construction. Whereas variable renewables such as solar can be literally rolled out in months.

So Tony, how do you see this crisis within a crisis and the need for sustainable hydropower, particularly pumped hydro?

Cop26 in Glasgow is really the last chance to make some serious commitments for the future.

Long duration storage is going to be essential and pumped hydro is going to be one of the principle means of achieving that. The question therefore is how do we implement sufficient projects at scale to make a real difference?

I was prime minister when the Kyoto protocol first came into being. People forget this now but back then, just over a couple of decades ago, there was huge resistance amongst many counties, even to the notion that they should take action on climate change. And there still was a lot of disputation over climate itself and was it really changing etc. There was fierce debate.

We’ve moved an enormous way now, which is great, but what’s happened over these past few years, as it has become more or less an international consensus that the climate is changing, the focus has turned. We now need action. But what are we going to do? What is the answer to it?

In the end you’ve got to have answers that are practical and realistic, as well as radical. That’s the challenge for the policy makers and this is the moment you’ve got to take the climate issue out of the realms of the NGOs and campaigners, and into the realms of serious policy.

Ultimately you can tell people it’s a huge problem but unless you can show them that there is a practical way to deal with climate change then, if you’re not careful, you’re proposing measures that you’ll find very difficult to implement politically.

So this is why hydropower is very important as, along with several other methods of combatting climate change, it offers us the real possibility of the type of serious policy and serious implementation that we need. Unless you have that long duration storage the other aspects of renewable energy simply won’t meet the requirements of energy stability and supply. This is the challenge and is why we’ve got to look at the things you need to put in place to allow this accelerated investment and development of hydropower.

People need to know that you can keep the lights on and deliver abundant and affordable electricity. I think there is also the need for the developed world to show the low- and middle-income countries the way in relation to emissions reduction.

The reality is that as developed countries have cut their emissions over these past years there has been huge progress. None the less, as the developed world grows it consumes more energy. A lot of that energy is fossil-fuelled and so the actual amount of primary energy coming from fossil fuels is barely shifting. The composition of it has shifted dramatically but the level of it has remained very high. The question then is how does the developed world work in partnership with the developing world to deal with the fact that the bulk of emissions is going to be coming from the developing world as it develops?

It is critical in Africa and southeast Asia, where there are plenty of opportunities for further hydropower development, that it is done in a way that has the support of the local communities and above all is sustainable.

The interesting thing about hydropower is that we’ve always thought about it in the context of damming rivers and making big dams. In fact, with pumped hydro, all you need is two reservoirs at different elevations. It is a huge opportunity as it can have negligible environmental impact and does not affect rivers steams or eco systems.

For countries where there is the possibility of having major hydropower projects it is obviously going to be really important that you don’t try to cure one problem and create another.

The challenge for a lot of African countries is that it’s not just about sustainability but how do we attract investment? There are often substantial risks with these projects, either of a political nature or concerns over a decent rate of return on investment. They are also capital intensive and require major investment upfront. I think one of the big challenges, and that should be a big part of COP26 discussions, is how do you mobilise international capital in support of these big projects? The

projects themselves are necessary and almost certainly viable if you can put together the right financial structure.

If you don’t put such things forward it is leaving these countries with very little choice, as they can easily get financing for fossil fuel projects from the private sector. If a country is desperate for electricity that is an easy option, but if you want them to switch to sustainable energy projects, you’ve got to create the financial structure to help them attract financial investment.

The good news is there’s a lot of liquid cash out there searching for investment. This is why it is so important to get practical policy making at the forefront. If we get the best minds around financial engineering to work out how we might finance some of these big hydro projects, we will release a lot of capital and be able to do the things we want to.

Underwriting the risk is key. If the developed world can underwrite some of the risks associated with these projects and therefore make more finance available, that is going to be key.

All of us right around the world are going to have to get our heads around paying for and incentivising for the creation of long duration storage. The challenge has always been for politicians, or retired politicians like us, is that we all know what to do – but we don’t know how to do it and get re-elected.

The scarce resource isn’t electrons but with leadership and foresight.

The will is there. It is a question of the way. It’s important to look at this from the point of view of the governments that are going to have to host these projects, as many will be in the developing world. The problem for a lot of these countries is a lack of capacity, and sometimes the regulatory framework for power generation is poor – so people are not always clear that if the private sector comes in and makes an investment, will it get a proper rate of return? The actual process of governmental implementation is often difficult.

That’s why a lot of the focus should be, not as much on winning the argument, as I think that the argument can be easily won, but the focus has got to be on the country in the developing world. You lack capacity and you’re not one of the top-ranking places where private capital is going to go and invest naturally. What is the financial engineering and regulatory framework you require to put in place to attract that investment and make these projects viable? And how does the international community support that?

I think that will be the big issue. There is a plethora of things people can invest in, but we need to accelerate pumped hydro.

One of things which I think has been interesting over the past two years is where the international community has been working on covid. This was a crisis that came out of nowhere and has hit us all very hard, but if you think about the levels of innovation and ingenuity that have occurred over the past 18 months because of this crisis – there’s been a massive acceleration.

To get to where we are today, we have concertinaed the time for research and development, trialling, and distribution of vaccines in a remarkable way. Now, if you think about it, what this shows is that if you approach something with the requisite levels of urgency and organisation, you can do something which you think is otherwise undoable or unimaginable.

I think the single most important thing for the upcoming discussion for the international community is to take that sense of urgency and that level of organisational focus and apply it to the climate. If you do that for hydropower you can see how you can accelerate its development and deployment.

The COP summits succeed or fail through the work that has been done beforehand. My own advice to my own government has been to focus on practical plans. You’ve got to focus practically with this issue of how you can help the developing world sustainably. In the end the simple truth is unless you can ensure the poorer parts of the world develop sustainably, we’re not going to win this battle.

If we look around the world today (such as at the fires in Australia and California, floods across Europe) I don’t think we have to convince people anymore that this is a problem. On the whole, it is pretty clear this is a big problem. So, it’s all now about focus and implementation.

What we’re discussing now is a classic example. We know we can make a big difference. We know there are big projects out there to be done. The problem is putting it together with the right financing, and the right regulatory framework, and underwriting the political risk.

Tony Blair served as prime minister of the UK from 1997-2007, and now is Executive Chairman of the Tony Blair Institute for Global Change. His government was one of the first to sign the landmark Kyoto Protocol under which industrialised nations first discussed cutting their emissions back in 1997.

Malcolm Turnbull is Co-Chair of the International Forum on Pumped Storage Hydropower and was prime minister of Australia from 2015-18. He spearheaded efforts to expand renewable energy generation and storage capacity, and initiated Australia’s Snowy Hydro 2.0 pumped hydro scheme.