Recent months have seen some significant developments for floating wind in Scotland, including a proposal for hydrogen production at sea to be integrated with the Salamander floating turbine project and a new leasing round for Scottish offshore wind sites which for the first time includes floating wind 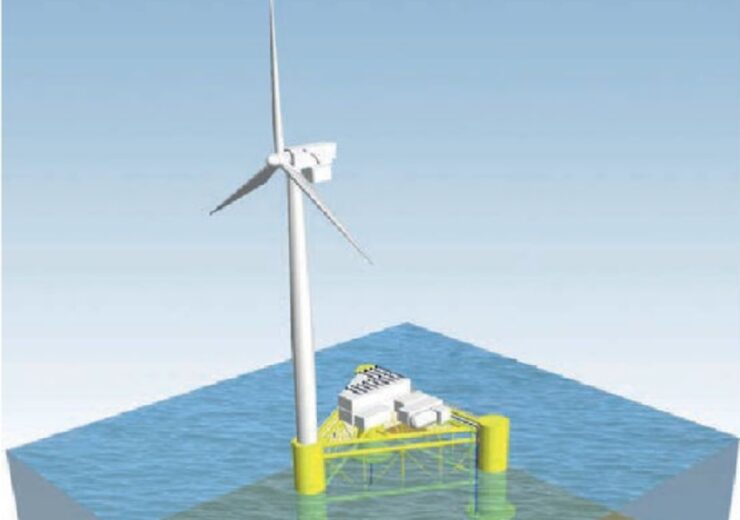 The 200MW Salamander floating wind project, being developed by Simply Blue Energy in partnership with Subsea 7, has signed a memorandum of understanding with ERM for the potential use of the ERM Dolphyn hydrogen technology.

The project is also working closely with Scotland Gas Networks (SGN) to potentially integrate with and connect into future 100% hydrogen infrastructure or as a blend with existing gas infrastructure, which SGN is aiming to develop via its decarbonisation roadmap.

The ERM Dolphyn concept is a first of a kind technology combining electrolysis, desalination and hydrogen production on a floating wind platform – with the hydrogen transported to shore via pipeline. It is described as an “economic and scalable solution”, producing green hydrogen with no carbon emissions at the point of use.

SGN is the owner and operator of the gas distribution networks in Scotland and is currently developing the North East Network and Industrial Cluster Project, which, in its first phase, aims to develop and deploy a hydrogen economy in Aberdeen and the surrounding area.

The Salamander project has been investigating different routes to market since its inception and due to its advantageous location off Aberdeenshire, the project believes producing green hydrogen is a very interesting option.

The proximity to St Fergus gas terminal, the significant interest in the energy transition in the Aberdeenshire and Aberdeen City regions demonstrated by the recently announced Energy Transition Zone, as well as key flagship projects such as Aberdeen Vision, make Salamander the ideal location for green hydrogen production, its developers believe. “The combination of innovative floating wind and green hydrogen technologies, and the pipelines and assets surrounding the St Fergus gas terminal present an ideal opportunity to begin to decarbonise North Sea energy production”, they say.

Prior to the Salamander project, ERM Dolphyn aims to undertake a 10MW demonstration hydrogen production project, which would see green hydrogen produced offshore and provide a first step towards scale-up.

Salamander and ERM Dolphyn will engage in further engineering work in the coming months to assess the potential deployment of the ERM Dolphyn technology within the Salamander project.

“The Salamander project is targeting a lease under the upcoming Innovation & Decarbonisation leasing process and looks forward to putting forward its ambitious green hydrogen plans to Crown Estate Scotland and Marine Scotland. We believe our vision very much fits with the objectives set by the Scottish government in the Hydrogen Policy Statement as well as the decarbonisation of the North Sea.”

Steve Matthews, major projects director at ERM said: “Our ambition for ERM Dolphyn is to progress towards multi-GW, green-hydrogen-producing floating wind farms over the next decade – in the UK, Europe and further afield. Salamander potentially provides an ideal first step for us.”

“With decades of experience working offshore, a significant presence in Scotland and strong innovation capabilities derived from delivering large scale energy infrastructure projects, ScottishPower and Shell together provide the right blend of skills and experience to successfully deliver these exciting projects”, they say.

Floating offshore wind is suitable for use in deeper water zones, where fixed foundations aren’t feasible, making it ideal for Scottish waters, say ScottishPower and Shell.

ScottishPower CEO, Keith Anderson, said: “Scotland is the windiest country in Europe and has the biggest and most experienced offshore sector. Bringing ScottishPower and Shell’s collective knowledge, experience and expertise together means we’re perfectly placed to lead the way in developing large-scale offshore floating windfarms and creating a new green industry with massive potential for exporting our skills and experience globally and helping the UK decarbonise its energy generation.”

ScotWind Leasing is the first round of seabed leasing for offshore wind in Scottish waters in over a decade and will grant property rights for new large-scale offshore wind project development, including floating wind for the first time.

Crown Estate Scotland is expected to announce the results of this round of ScotWind Leasing in early 2022.