Working on levees and embankments 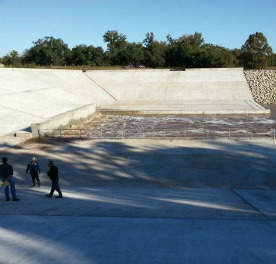 Project case studies and worldwide practice relating to levees and earthen embankments were showcased at an ICOLD meeting, held in Seattle, Washington during August 2013. Included alongside the conference programme was the informative Levee and Embankment Workshop. Here speakers from the US, UK, Canada and the Netherlands gave an insight into the subject, with project topics spanning even more countries.

Freese and Nichols, a US based, heavy civil design firm, participated as a USSD member in planning and facilitating the workshop, along with the US Army Corps of Engineers and Gannett Fleming. The workshop was beneficial in not only presenting ongoing state of the practice, but also informative in that the international engineering community is trending along similar design concepts, methodologies, and risk analysis approaches to levee design and maintenance.

Numerous levee systems have evolved from embankments initially constructed for agricultural purposes and these levees, as well as other levee systems that have been engulfed by urbanisation, continue to require upgrades. These have been necessitated to increase robustness and resiliency as growing populations evolve behind the levees with their associated risks. Worldwide, the use of risk analysis and resulting risk management are being implemented to effectively determine how individual levees and embankments can be upgraded or altered.

Since 2005, the date Hurricane Katrina hit the US at New Orleans, much work has been done in the US to update practices regarding levee design, operation and maintenance. These efforts have been led by the US Army Corps of Engineers in collaboration with teaming partners from around the world, resulting in an international practice among nations that has commonality of technical philosophy and approach. The international engineering community has also joined to write and produce The International Levee Handbook which has been described as a single reference source on good practice for the design and management of levees. Co-ordinated by the Construction Industry Research and Information Association (CIRIA) over a four-year period across five countries, the handbook is now available.

"Within the US, levees shown upon FEMA flood maps as providing flood protection up to the 100-year flood event are required to be evaluated on technical criteria"

The Workshop also highlighted the fact that within the US, levees shown upon FEMA flood maps as providing flood protection up to the 100-year flood event are required to be evaluated on technical criteria to document that the embankment and appurtenances are structurally competent when hydraulically loaded up to the 100-year elevation. Levees participating in the US Army Corps of Engineers’ Federal Levee Programme are also required not to have trees and woody vegetation from growing along the embankments. Significant research is continuing to determine the effectiveness of types of grass cover as erosion control along earthen slopes, as well as research for flood walls, connections, and types of closures.

With the US’ ageing infrastructure within various stages of project life, Freese and Nichols, along with many water resource engineering firms, continues to upgrade or replace older water related structures.