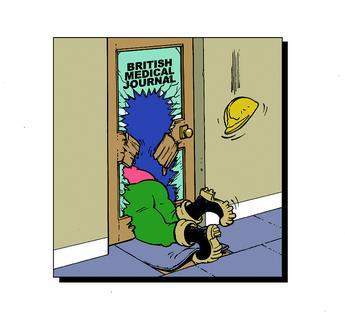 I hope you will share my pleasure in this comment by William Keegan, the business critic. Writing in the UK newspaper, The Observer, about something that happened not long ago but that may already seem like history – something that he calls ‘the most astonishing economic boom’ – he notes that, during its course, ‘otherwise sane and intelligent people compared an improvement in the use of telephone wires with the wonders of the discovery of electricity and the building of railways’.

I forgive him his outrageous caricature of the internet etc, but only because he pays proper homage to what you and I love best.

Trade, technical and professional presspeople (including the undersigned) do tend to get over-excited at times. But the tendency of scribblers, even unto the further reaches of great literature, has also been – how shall I put it? – to enhance appreciation of what they get excited about.

Enhance would nevertheless be the wrong word to use in connection with the appreciation sought two or three years ago by our distinguished contemporary, The British Medical Journal. In an editorial, titled “BMJ bans ‘accidents'”, readers were told that the word accident would in future be all but totally suppressed in that professional periodical’s pages.

“An accident”, the writer explained, “is often understood to be unpredictable – a chance occurrence or an ‘act of God’ – and therefore unavoidable. However, most injuries and their precipitating events are predictable and preventable”. A trawl through the English language had failed to bring up anything good enough to replace the now-deprecated term and The BMJ therefore proposed a new coinage, injident, for any incident that causes injury.

Not altogether apropos, I am reminded of the medical profession’s deletion of the word nuclear from the term nuclear magnetic resonance in public references to clinical imagers employing nmr. The first adjective would, thought the doctors, frighten the patients. (The offshore oil industry, by contrast, fearlessly names nuclear magnetic resonance as the principle underlying its latest reservoir logging techniques, but its bold references in trade and professional literature hardly risk any public notice.)

Perhaps even less apropos, I am tempted to ask whether nuclear apologists should follow medical advice and tell the world, not how improbable is a major nuclear accident, but how low is the industry’s incidence of injidents.

Dr Craig Venter, one of the American leaders in the momentous international mapping of the human genome, is reported to have issued a warning about the environmental threat posed by the continuing rise in the world’s fossil fuel consumption. This threat must be abated, said Venter. He and Hamilton Smith, a fellow genome explorer, have won a $3m grant from the US Department of Energy to start looking for ‘biological energy alternatives’ that will help humankind to fight off the fossil menace.

Venter apparantly aims to create two new bacteria, one to combat global warming by taking in carbon dioxide and putting out ‘petrochemicals’ for use, and the other to turn inputs of water and sunlight into hydrogen fuel. As a first step Venter will try to make a microbe with the smallest possible number of genes for viability.

After that the genetic engineers intend to develop two new micro-organisms designed so that they could be multiplied to consign fossil fuel problems to history. Moreover, they could do so without being able to infect people or to escape alive from captivity.

Would some of our genetic brethren explain to us conventional engineers, though, why both new bugs are wanted?

One of them would seem to be intended to usher in the hydrogen economy and thus make most further combustion of fossil fuels unnecessary. The other little creature would then have no combustion-product carbon dioxide to deal with and might deplete atmospheric supplies of the gas if led to draw on the latter too enthusiastically in order to produce those desirable ‘petrochemicals’.

Balancing the simultaneous exploitation of both synthetic bacteria could become an interesting problem. However, and perhaps too smugly, I don’t expect that it will trouble the world for a while yet.