Winging it in Welsh waters

A commercial scale tidal generator of an extremely unusual ‘underwater flying wing’ design has been given the go- ahead by the Welsh authorities for installation on the seabed off Anglesea. 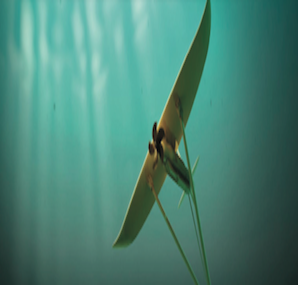 Tidal energy developer Minesto has taken an important step towards commercialisation of its Deep Green technology with the granting by consenting authority Natural Resources Wales of a marine licence for the installation and operation of a 0.5 MW generator at Holyhead Deep, a seabed depression located off Anglesea, Wales.

An Environmental Impact Assessment has been carried out and concluded that the potential impacts acts on fisheries, marine mammals, sea birds, marine archaeology and cultural heritage, as well as shipping and navigation, are ‘not significant’.

The installation in Holyhead Deep is planned for this year and it will include a single Deep Green device, a seabed foundation and a marker buoy on the surface. This is the first commercial-scale installation of Deep Green and is intended to demonstrate and prove the unique tidal energy technology and provide the basis for the company’s longer term plan to expand the site into Minesto’s first tidal energy array.

Holyhead Deep is not only Minesto’s first commercial-scale project, it is also the first low-velocity tidal energy project anywhere in the world. It has been identified as a perfect location for the installation because it matches all the site requirements – low-flow tidal velocities (1.5–2 m/s mean peak flow) at a depth of 80–100 metres, only 8 km from Holyhead, where a soon-to-be-built assembly facility will be located.

The first test of Deep Green in an authentic ocean environment was completed by the end of 2011. In 2013, a prototype with a 3-metre wing was deployed in Strangford Lough, Northern Ireland and at that scale has been undergoing extensive functional and performance testing in the tidal streams there. To date, five prototypes have been built and tested. Electricity was first produced in 2009.

Then in June 2014 Minesto was awarded a lease by The Crown Estate for a 10 MW installation in Holyhead Deep, of the coast of Wales, and in April this year a marine licence to allow construction. Developing the site into a commercial tidal energy array will be done in three phases. In a first step, one 0.5 MW Deep Green demonstrator will be installed, with the aim of prove functionality and power production performance at commercial scale. This step is now well underway. Commissioning of the demonstrator is planned for later this year.

What makes Deep Green different from other tidal energy technologies is the wing, the size of the turbine and the fact that the power plant is ‘flying’ under water. The wing carries the turbine through the water in a figure-of-eight trajectory, sweeping a large area at a relative speed that is several times the actual speed of the underwater current.

The cubic speed/power relationship amplifies by a factor of a hundred or more the electricity produced by the power plant’s generator compared to that produced by a stationary turbine. It also means that the device can make use of much lower speed currents – about half that needed by the more commonly seen horizontal axis structures fixed to the seabed.

Deep Green produces electricity at sites with low velocities, between 1.2 and 2.4 m/s, and depths between 60 and 120 metres. Minesto claims that it is the only plant that can do this cost effectively. It is very light, can be installed and serviced from a small vessel, it can be detached for service ashore, and it can operate in tidal or ocean currents, including those at energies too low for competing technologies.

Following successful deployment and testing, more Deep Green devices will be installed and the site will be gradually expanded into a 10 MW array. Earlier this year Minesto announced plans to expand the installed capacity in Holyhead Deep to 80 MW in due course, using a deploy-and-monitor approach. Minesto has submitted a scoping report to the UK consenting authorities, the Marine Management Organisation and Natural Resources Wales, asking for their scoping opinion for development of the 80 MW site.

The company hopes that ultimately the site will attract investors and create opportunities for sales of Deep Green power plants. An in-depth study by Xodus Group analysing the site’s capacity concludes that the 9 sq km area for which Minesto currently holds a Lease Agreement from the Crown Estate for 10 MW is suitable for future deployment of up to 80 MW installed capacity.