Battle lines are drawn: the fight over IP rights

As revenue declines across the wind industry, manufacturers are placing a new emphasis on safeguarding their intellectual property rights. But, following a slew of high-profile lawsuits, asserting these rights is becoming an adversarial business. Philip Totaro, principal at Totaro & Associates, tells Abi Millar why this is a brewing storm the industry can’t afford to ignore. 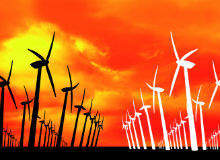 It was a battle which, to many onlookers, suggested the wind industry had come of age: a patent dispute between General Electric and Mitsubishi Heavy Industries. Beginning in 2008, what started as a simple lawsuit rapidly escalated into an ongoing war.

General Electric had instigated proceedings. The largest independent wind company in the US, it had amassed a substantial patent portfolio covering some critical technologies. So when Mitsubishi began importing a new range of 2.4MW turbines, GE was swift to file a claim.

The machines, it said, infringed three of its patents, including the notoriously broad-ranging patent number US5083039.

The legal issues at stake were not clear-cut, and the ruckus rumbled on for four years. It wasn’t till March 2012 that it reached its most critical juncture: charged with one count of patent infraction, Mitsubishi was ordered to pay out $170m. As it grappled with its losses, Mitsubishi denounced its rival’s heavy-handedness. Such an approach, it claimed, "would stifle competition and innovation in wind turbine technology". By August 2012, it was driven to suspend all US sales.

Perhaps predictably, GE took a different view on proceedings. "GE places the highest importance on IP technology," declares Lindsay Theile, communications leader at GE Power & Water. "Technology differentiation is critical to advancing and leading in the wind industry, and continuing to invest in research and development is our priority."

It’s a philosophy borne out by the company’s spending. At the time of winning the lawsuit, GE held 36% of high-relevance US wind patents, had filed over 900 wind patents globally, and made tens of millions of dollars from licensing them. Along with other major players like Siemens and Vestas, it has invested heavily in intellectual property as a means of gaining the strategic upper hand. Its estimated 2011 spend – $17.4m just on wind patents – is projected to rise to $31m by 2020.

"IP will always be an integral part of our technology strategy," says Theile. "As GE’s wind turbine fleet grows, advancements in controls, sensors and condition-monitoring algorithms can serve to dramatically reduce operating costs. IP-driven technologies such as these help improve energy security and confidence in product reliability and safety."

Number of patents on the rise

GE’s focus is just the tip of a rather monolithic iceberg. Since 2010, the industry has seen a spike in the number of patents issued, with over 45,000 patents on horizontal-axis utility-scale patents and applications across the world. Gone are the days when innovation was freely shared at conferences; caught at the confluence of several unpropitious market factors, manufacturers are keeping an eye on what is theirs.

"Assertion of IP rights is certainly on the rise," says Philip Totaro, principal at Totaro & Associates. "It’s simply unacceptable to have somebody inappropriately apportioning someone else’s intellectual property rights, and the holders of IP rights should take whatever steps they deem necessary to protect themselves. Most of the time, these matters are settled amicably, and there’s usually a willingness to collaborate and license or cross-license."

"It’s simply unacceptable to have somebody inappropriately apportioning someone else’s intellectual property rights."

On the other hand, Totaro perceives a growing tendency to take matters to extremes. "Certain companies use the patent process as a mechanism to preclude competition from markets," he warns. "That’s when I think the patent process and the litigation process get a little bit abused."

Indeed, we may perceive a resemblance with the much-maligned ‘smartphone patent wars’. Just as Apple sued Motorola for its ‘slide to unlock’ feature, so too Mitsubishi sued GE over the angle-controlling mechanism of its blades. Just as Samsung was deemed to have plagiarised the iPhone’s design, so too Vestas sued Beaird with regard to its wind turbine support towers.

And just as the smartphone industry is famously criss-crossed with lawsuits, so too there are concerns that turbine manufacturers may sustain reputational damage. The AMSC-Sinovel lawsuits exemplify the dangers. Alleged to have stolen IP rights and breached its contract, Sinovel faces three separate charges and has duly filed a lawsuit of its own. If AMSC loses, foreign wind companies will be barred from entering China for several years. If Sinovel loses, it will face damages to the tune of $465m. Even as the case rumbles on, the Chinese firm has had various potential frame agreements stalled.

"What we feel is there’s a potential storm brewing here and people are aware of it, but the appropriate steps to mitigate the risk may not be taking place," warns Totaro. "People shouldn’t have to start paying attention as a result of more litigation happening. They should be proactive, because it can be an expensive way to do business if they’re not paying attention to intellectual property rights."

The next step for OEMs

So as they brace themselves against the mounting headwinds, what exactly can original equipment manufacturers (OEMs) do? "First of all, turbine manufacturers should do what’s called a ‘freedom to operate’, which basically involves getting technical specialists and lawyers involved in the process to review the patent landscape," says Totaro. "They can ensure you have a clear non-infringement position when you’re delivering a new product in a given market."

While not yet ubiquitous, this practice is undertaken by most of the tier 1 manufacturers and some of the tier 2s. Less widely used is a different mechanism: leveraging off patent-infringement-liability indemnity policies. Less prevalent still is the provision of full indemnity.

"Even if they undertake that risk mitigation where they do have freedom to operate, some of the turbine OEMs, including the tier 1s, are not necessarily willing to provide full indemnity in their turbine supply agreements," says Totaro.

"I think it would behove developers and owner/operators to push back on this area."

Totaro feels that many manufacturers are not yet properly incentivised: if the financiers of wind projects fail to mandate such measures, OEMs will rarely give away more than they have to in order to make a sale. As he sees it, the onus is on financiers and owner/operators to understand the risks, and lay on the pressure accordingly.

As we enter a new generation of turbine technology, these concerns look set only to grow. Whereas the industry was once reliant on induction generators with variable speed control – a mechanism covered by patent ‘039 – the technological landscape is moving towards permanent magnet generators (PMGs) and full-power conversion. The race is on to find the new ‘039 and, with IP heaping up around the PMG architecture, new lawsuits are near certain to arise.

The global nature of the wind industry complicates matters further still. While virtually every country in the world can afford some level of patent protection, many companies do not make it a priority. In fact, in certain emerging markets joint ventures are common, and the very concept of IP protection is new.

Given the challenges inherent in moving between jurisdictions, wind companies should endeavour to use attorneys with an intimate knowledge of local law.

"OEMs have every right to do what’s best for them, but using the litigation process as a revenue stream is not necessarily the right way to go about it."

After all, wind power does not have to be an adversarial business. The patent process is, in essence, a deal between inventor and society, designed to foster innovation rather than stifle ideas. "The OEMs certainly have every right to do what’s best for them, particularly if it’s a publicly traded company," says Totaro. "But using the litigation process as a revenue stream is not necessarily the right way to go about it, and it’s not in the spirit of the patent process."

He laments that damages are starting to be used as a source of funds. For sure, with turbine demand falling across the globe, such revenue is desirable, but lawsuits are a gamble that can all too easily backfire. A more collaborative approach presents a safer bet, both for companies and the industry at large.

For GE, there is little conflict to be had between asserting its rights and serving its customer base.

But as Mitsubishi exits the US market, badly bruised, we would be wise to consider the pitfalls of taking a knee-jerk legislative approach. "Ultimately, what’s happened in the past is potentially likely to repeat itself," says Totaro. "The message I have for the industry is that this is an underdiscussed issue."

It remains to be seen what the ultimate corollary of this sea change in the industry will be.