What’s all the fuss about?

When the UK Chancellor said in his autumn statement that there would be £250m for nuclear R&D including small modular reactors (SMRs), there was clearly something afoot, but what? 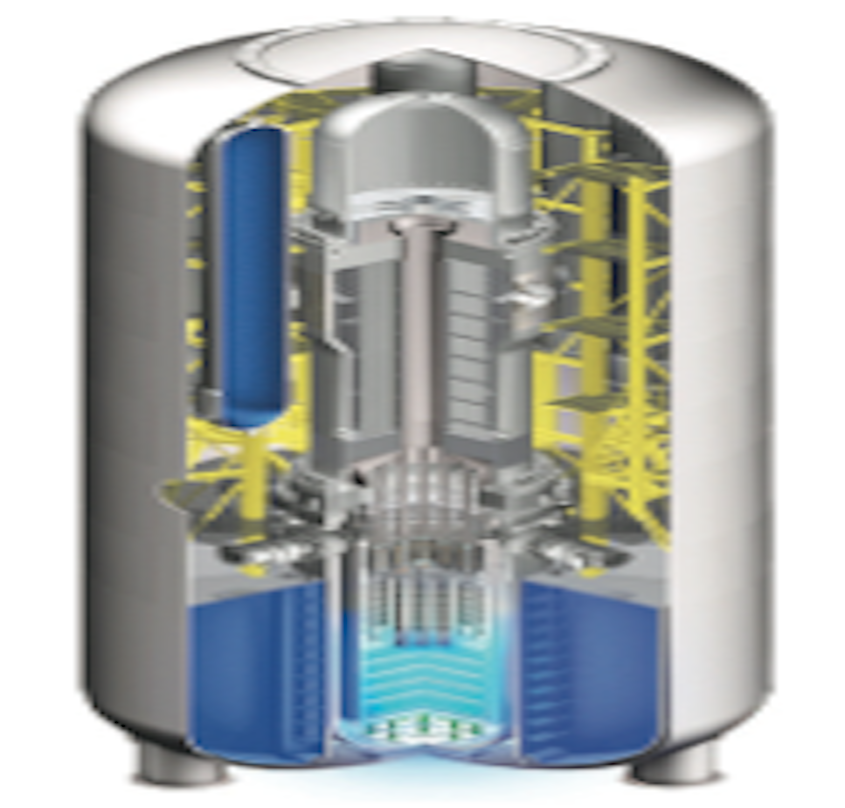 The concept of small modular reactors has been around for many years. The idea, put at its simplest, is to seek to make small reactors (only a fifth of the size of those being planned by EDF for construction at Hinkley Point in the UK) competitive by building them in factories, to offset the apparent economies of scale of their larger cousins.

Over the past forty years, nuclear reactors have grown bigger and bigger. Starting with outputs of around 500 MWe in the early 1970s, reactors grew to 900 MWe in 1980s and those being proposed now, eg, for the UK, range from about 1100 MWe to 1650 MWe. This huge increase in scale has been solely in the search for lower unit costs. However, larger reactors have turned out to be very complex, hard to license and harder to construct. As a result, the expected low electricity costs have not come to pass. Also, the scale of any new reactor project now dwarfs the ability of any power utility’s ability to fund it. This is why Hinkley Point is so complicated, with state-backed investments from both France and China.

SMR designs are simpler because all the reactor equipment is in one vessel. SMRs are small enough to be broken down into modules which can be manufactured in dedicated factories and transported to site, where they are assembled. In some ways this process mimics the production of Airbus aircraft where wings, fuselage, etc, are made in partner countries (Germany, UK and Spain) and then are transported to Toulouse in France, where the modules are finished and the aircraft is completed.

The factory manufacture element of the concept is key to its economics. Factory manufacture is superior to site construction. It has better productivity, is more able to control quality and can with repeated production of the same design, drive down costs. For something as complicated as a nuclear reactor, site construction has just too many problems. Until the advent of SMR designs there was no option but site construction. The many and varied designs of current nuclear reactor, ever larger in size, were built in conditions where more than 5000 builders, fitters and engineers spent up to ten years from pouring the first concrete until the start of power production. Modular design and factory construction of SMRs offer the option of escape from all of this.

The US has been funding R&D on SMRs for several years. They have at least three designs maturing to a stage where they might be credible. Westinghouse has the longest track-record in SMR design, starting with IRIS, tracing its heritage back to SIR, in which the UK participated in 1990s through Rolls-Royce and UKAEA. Westinghouse’s current design is a 225 MWe reactor which owes much to the larger AP1000. It makes use of a single vessel for the primary circuit, has passive safety systems and is designed for modular construction.

B&W has a similar 185 MWe integral design, but this project is currently in the doldrums because of funding difficulties and restructuring of the parent company.

A more innovative design is offered by NuScale, which uses very small natural circulation reactor modules that are submerged in a large pool of water for shielding and cooling. The reactor module is sized for an output of 45 MWe. Higher power outputs are obtained by installing multiple units in the pool, with up to 12 reactor modules in their largest version (570 MWe).

The NuScale concept is currently in the lead in the race to build a demonstrator SMR. It has two potential sites in the US and plans to submit the design to the US nuclear safety regulator at the end of this year, with a view to starting construction in about five years’ time.

SMRs in the UK?

After twenty five years out of the nuclear business, the UK is not going to design an SMR on its own. Also, the factory concept, which is central to its economics, means that the UK market will not be large enough. UK will have to partner in a consortium with either one of the US companies, or perhaps with China or South Korea, each of which has an SMR design (ACP100 and SMART, respectively).

The potential UK market would represent a complement to the current 16 GWe large-reactor programme planned to replace the AGRs by early 2030s. The UK, to meet its climate change commitments, will need more nuclear, in addition to large volumes of renewables. Energy Technologies Institute models of the UK energy system show a requirement for another 20 GWe of nuclear by 2050. The question for the UK government is whether to continue to import nuclear in the form of mega projects similar to Hinkley Point, or to build the extra capacity in smaller units with significant UK content from factory-produced modules. Once production is established these modules could be exported.

In 2014, the UK parliamentary select committee on energy gave its enthusiastic support to the idea of SMRs but pointed to the weakness of the economic evidence. Also, an industry group led by Gordon Waddington (a former Rolls-Royce engineer) reported on the feasibility of the idea. In the course of 2015, the UK Department of Energy and Climate Change (DECC) funded more detailed studies of SMRs to provide the evidence for a decision in principle, perhaps in the first half of 2016. A competition between rival consortia each with a UK partner, would follow. Though the government has not defined the development steps, one could imagine a UK SMR design going for safety assessment by the regulator before the end of the decade and the building of a demonstrator commencing in the early 2020s. This schedule would provide the basis for series production of SMRs for the UK starting in 2030.

The question now is: will the SMR concept deliver its hoped for economic benefits, making nuclear energy affordable and competitive? If not SMRs will be merely a passing fad. If SMRs are shown to be economic, the industry will have to completely rethink its whole approach to the design and construction of nuclear power plants.

Author: Tony Roulstone, established and teaches on the nuclear energy masters programme at the University of Cambridge with research interests in the economics and safety of nuclear power. Previously, he was MD of Rolls-Royce Nuclear.