What lies beneath: the pipeline corrosion predicament

There are not many $3 trillion problems that are hard to spot. Pipe corrosion, however, is definitely one of them, and as operators try to extend the lifespan of transmission networks, the risk of catastrophic failures is rising. Nigel Ash talks to Kevin Garrity, president of NACE International. 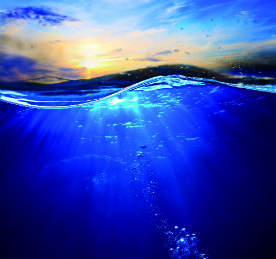 "The pipeline is the Aunt Sally of the oil and gas business," says Kevin Garrity, president of NACE International. "Part of that has to do with the out-of-sight, out-of-mind element. You don’t see them when they are buried in the earth. You just see a marker every one or two kilometres."

Yet the oil and gas industry’s transmission network constitutes a substantial part of an infrastructure-corrosion problem that, warns Garrity, is going to cost $2-3 trillion to fix. In his analysis, the trade-off is always between the upfront cost and the price of fixing the problem later down the line. And with pipelines, literally and metaphorically, many of the problems have yet to surface.

His concern is that catastrophic failures in aging structures will occur because corrosion issues have not been properly addressed.

"Those failures, if history holds true, are going to have far-reaching consequences," says Garrity. "The decision-making about what you do, and how you do it, is in some cases going to be taken out of the operator’s hands and they are going to have to comply with more stringent regulations.

"The industry is developing state-of-the art technology for things like pumps, and monitoring and data equipment, but that hasn’t really translated into a level of sophistication to monitor the efficacy of the corrosion protection. Anti-corrosion technology has advanced along with inspection and monitoring procedures. There is equipment and telemetry available, but it does come with a price, and engineers, unfortunately, are not always the ones who make that decision."

Moreover, because there are relatively few players producing the technology, the cost has been high. Thus, in Garrity’s view, the oil and gas industry has recoiled from the extra expense.

"There is a problem getting a general acceptance to incorporating the innovations, the more sophisticated monitoring and maintenance technology," he says. "There is a difficulty convincing somebody in the boardroom, because the success of what we do as corrosion engineers is measured by what doesn’t happen. You really cannot demonstrate tangible beneficial results other than to say, ‘We haven’t had a leak’ or ‘We haven’t had a rupture’."

"Pigging itself is an expense, which some pipeline operators might seek to reduce to the minimum," says Garrity. "There is maintenance pigging and intelligent pigging. The maintenance pigging is trying to ensure that you are moving the bad actors out of the process so that they don’t cause internal issues."

"Between $500 and $750 million has been spent trying to fix problems that can be attributed to overzealous efforts to get crude oil flowing through that pipeline."

Garrity is, however, concerned that some operators eschew what would seem to be fundamental inspection opportunities.

"Certainly, there is resistance to, for instance, running an inline inspection immediately after you install a pipeline system, so that you have a measure of what you would call baseline conditions with which to compare on future runs," he says. "You have to know what you have got before you can see how it performs."

Garrity maintains that industry experience has demonstrated the importance of the initial assessment.

"There have been more than a couple of situations where that has been done and it has actually identified problems that would not have been detected for some time, problems associated with when the pipeline was being installed, perhaps when you have other operating facilities around a brand new pipeline," he explains.

"So the pigging affords the opportunity to establish baseline conditions and maybe identify where there are some problems that need to be dealt with. Unfortunately, there is resistance in some cases to running that inline inspection tool."

Typically, explains Garrity, "operators will weigh up spending their budget to check a new line or using their money to run the inline inspection tool through a 30-year-old pipeline that has to last for another 20 years.

<div class="leftpullquote">&quot;I think we failed to make it sexy enough for students to become interested in corrosion as a core engineering curriculum.&quot;</div>

"Now, of course, we do have intelligent pigging, which we didn’t have, so you can use this to verify that the pipeline is not corroding at a rate that is not going to affect its safe operation," he points out. "If you have a good coating system and a robust cathodic protection system, the pigging may indicate that you don’t have any corrosion at all. But again, the pig only measures where corrosion has taken place and at that point, you would have to surmise that the corrosion protection system has not done its job."

Garrity believes the frequency of inline inspections also needs to be addressed. Prudent engineering practice might dictate a rerun every five years.

"But if the regulatory requirement is not until seven years, then you have to come up with some sort of a justification to run it every five years," he says. "Again, it is somewhat difficult when the budgets are being controlled by others."

He says the best demonstration of the risky trade-off between high initial cost and far higher longer-term expense is the Alaska pipeline, 356 miles of which is buried, and which was completed in 1977 at a cost of $8 billion. It was known at the time of construction that the protective coating was flawed and to fix the problem then would have cost around $20 million. However, such was the rush to finish the pipeline to bring Alaskan oil to US refineries, at a time of high prices, a shortage of crude and concern over costs, that the option was turned down.

"Though there have been no leaks of any significance in that system, between $500 and $750 million has been spent trying to fix problems that can be attributed to overzealous efforts to get crude oil flowing through that pipeline," says Garrity. "Had the line been built with more reliable coatings then the higher upfront cost would have been defrayed by the lower costs of maintaining the line."

The oil and gas business faces another hazard, continues Garrity. Though there is a general skills shortage throughout the industry, this is particularly pronounced in the field of corrosion.

"I think we failed, for want of a better description, to make it sexy enough for students to become interested in it as a core engineering curriculum. It was far easier, better, for them to be associated with metallurgical engineering, mechanical engineering or electrical engineering.

"When it comes to corrosion engineering, it is not considered a very glamorous title and, until recently, the industry failed to get the message out across the engineering community that this was a very significant problem, requiring unique and specialist skill sets that should be taught at the academic level."

Neither were there any academic chairs in corrosion, nor scholarship programmes designed specifically to encourage its study, until recently. Two years ago, The University of Akron became the first in the US to offer a baccalaureate programme in corrosion engineering. The only other academic institution specifically focused on corrosion, says Garrity, is the Corrosion Centre for Education Research and Technology (Corr-CERT) at Australia’s Curtin University, where his company Mears has established a five-year scholarship programme similar to the one it sponsors at Akron.

"There is another thing that I think is part of this," adds Garrity, "which is that corrosion seems to be something that once it gets into your blood, you stay with it. And there are a lot of us working in this field that have enjoyed it and have made a very comfortable living doing it. But we haven’t moved on, we haven’t moved off into other things. And we find ourselves at a point now where the people that got into it because it was challenging, 35 or 40 years ago, are now reaching retirement age."

His concern is that in North and South America as well as in Europe, there are not enough young people choosing to go into corrosion engineering, at the very time when the challenges of keeping aging transmission networks going and building new systems are increasing exponentially.

Within the oil and gas industry, says Garrity, "I think there is still a tendency to trivialise the importance of a good, high-quality dielectric coating and cathodic protection and the kind of things that are going to look after pipelines well into the future."