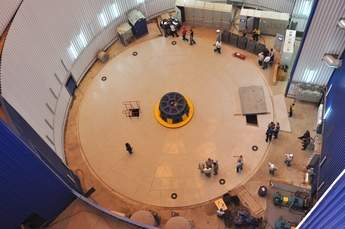 New intelligent reservoir management features are one of the additions to Emerson Process Management’s latest version of its production management system, Roxar Fieldwatch 3.0. The new features can be used for sand erosion control and will provide important operational data to production and reservoir engineers as they look to increase production performance.

Operators receive thousands of false alarms from erosion probes each year, with changes in temperatures, production regimes and other noise such as electromagnetic interference being the main causes. Roxar Fieldwatch 3.0 comes with innovative smart alarm software consisting of a new filtering and temperature compensation algorithm, as well as signal stability and trend analysis software, that assesses how trustworthy each sand erosion measurement is. The company claims that the result will be a dramatic reduction in the number of false alarms from erosion probes. Testing of the smart alarm software on historical data from a North Sea field has seen the suppression of 99% of false alarms, while retaining 100% of the genuine alarms.

Fieldwatch 3.0 will also enable operators to install virtual erosion sensors within their production system – particularly to monitor bends, T-bends and reducers in areas where it is difficult to deploy physical sensors. With the virtual sensors, users can configure the geometry and input pressure and temperature values that best represent the virtual sensor’s position and analyse in Fieldwatch 3.0, as they would with physical sensors. While not as accurate as real sensors, the virtual erosion models can calculate important production information by inputting flow information, pressure and temperature data.

“The new features will not only help operators confront the age-old threats of sand and erosion but also generate crucial improved information for reservoir and production engineers in relation to metering, production allocation and choke settings. The end result will be more intelligent management of the reservoir and its processes, the transformation of data into intelligent and easy to use information, and increased production.”

Roxar Fieldwatch 3.0 also comes with a number of improved usability features including new filtering and search functions where users can filter out pressures and well structures, plus faster access to recently viewed items. Different production systems can also be grouped together more intuitively in terms of how they relate to groups of wells and instruments.

The system collects, monitors, visualises and analyses data from a range of sensors and instruments for operators to have a more complete picture of the reservoir and production system. Fieldwatch’s distributed and modular architecture enables easy remote access for all users needing access to detailed readings, configuration and diagnostics data from Roxar instruments.

Another piece of equipment to aid reservoir management also comes from Emerson. In September 2011 the company launched the Roxar Downhole Flow Sensor System to help improve understanding of reservoir flow from different well zones and branches.

The new system will, for the first time, generate multiphase flow measurements from downhole in the well, leading to increased operator understanding of reservoir flow and zonal contributions from wells and increased production control and optimisation.

“Probably the single piece of data operators want to know most about, as part of their reservoir monitoring activities today, is the flow from individual wells. Yet, the growing complexity of well architecture, with an increase in multilateral and multi-zone wells, has led to operators having to settle on total production flow data rather than flow from specific well zones,” said Terje Baustad of Emerson Process Management. “That’s why the Roxar Downhole Flow Sensor System represents such a step-change in reservoir monitoring and flow assurance. We have taken multiphase measurement downhole to provide full multiphase measurements, including fluid fractions and flow rates, from either single bore or multilateral well configurations and to help operators increase field recovery.”

Key features of the Roxar Downhole Flow Sensor System include:

• Accurate and reliable flow rates, refined through 20 years of topside and subsea multiphase metering experience and 25 years of downhole monitoring experience. The technology is built on the Zector platform of Emerson’s third generation multiphase meter with new field electronics, electrode arrangements and a new measurement principle. The flow sensor system includes a new water cut measurement tool based on dual velocity measurements and a density sensor, measuring the density of flow effluent using gamma rays. The system can operate at pressures and temperatures of up to 10,000 psi and 150 ºC respectively.

• A compact and easy to use solution. The 3.5” tool and ¼” cable is compact and easy to install, fitting in both thin zones between packers and in 7” liner/casing. There is a single conductor for all tools including the downhole gauge and the system can be retrofitted to existing subsea monitoring systems without the need for modifications. Measurements are performed in the tubing through non-intrusive sensors.

• The flow sensor system is also highly flexible and forms part of a broader downhole solution. The system is modular with users able to pick the tool combination which best suits their needs – water cut only, for example, and is fully compatible with the Roxar downhole product portfolio, which includes high pressure and high temperature gauges. The flow sensor system is also fully integrated with Emerson’s production management system, Roxar Fieldwatch, providing production and reservoir engineers with the tools and data to make better informed reservoir management decisions.

“The algorithms and theories behind flow computation that we have built up over decades of experience are now being applied to the new downhole flow sensor system,’ concludes Baustad. ‘Now we can fully claim to generate data from parts of the reservoir that other technologies can’t reach, opening a new window into subsea production operations, and increasing flow assurance and ultimate production.”

Dnestrovskaya hydro station, located on the Dniester River, near Novodnestrovsk, Ukraine, is set to become the largest pumped storage plant in Europe. When all units are operational, the plant will have a total pump-mode capacity of 2947MW.

In March 2010 Emerson installed its PlantWeb digital plant architecture with the Ovation expert control system at Unit 1 of the 7x421MW unit plant. The Ovation control system is integral to the efficient operation of Dnestrovskaya which was commissioned in December 2009 by UkrHydroEnergo Open Joint Stock Company (OJSC).The Ovation system not only monitors and controls all major equipment and processes but also controls the 330kV substation. Unifying control under Ovation results in unit coordinated control, which not only enhances unit-wide compatibility, but also contributes to improved unit stability, responsiveness and operating efficiencies; tighter overall control of plant operations; and a more streamlined view of key plant parameters. In addition, the system’s automatic and global positioning system synchronisation also contributes to enhanced grid stability. While the Ovation system is integrated with the regional and national dispatch centres, it is configured so that all of the unit’s subsystems can be controlled locally, as well.

Ovation technology serves as the automation and control foundation for all equipment and processes at Dnestrovskaya PSPP Unit 1, according to Bob Yeager, president of the Power & Water Solutions division of Emerson. ‘Rather than relying on a number of separate automation systems for different plant functions, our Ovation system offers a single automation platform that results in a comprehensive, integrated and cost-effective control solution,’ he said.