RWE and Siemens have been co-operating to develop a way of integrating small distributed power facilities into the national distribution network by combining them as ‘virtual power plants’. The first of these, a system comprising nine hydro plants in North Rhine-Westphalia, has now come ‘on-line’. 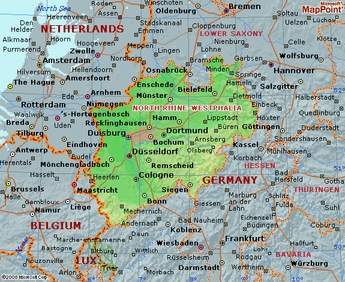 Small, decentralised power plants have not generally been well integrated into Germany’s national power supply network. To address this, RWE has been working on combining a series of small plants in a ‘virtual’ power plant, a strategy which allows the deployment of decentralised generation capacity to be co-ordinated more effectively, increasing their economic and environmental viability and contributing to the provision of a reliable power supply, and allowing a wholly new outlet for such plants – auctioning in power markets. The first of these projects has now come on line.

RWE Energy and Siemens PTD joined forces in 2007 to develop technical concepts for the establishment and operation of such plants. Their joint pilot project was launched in the summer of 2007 and is due to continue until mid-2009. It is to link together distributed generation such as cogen plants, biomass plants and wind farms into the single, centrally controlled virtual power plant.

The decentralised plants each have an output of between 500 kW and several MW. Most of them are based on systems that work with cogen technology or make use of renewables.

Such combinations calls for state-of-the-art IT and communications technology. It was to facilitate this kind of remote energy management and data communications that Siemens developed its Decentralised Energy Management System (DEMS). The system’s programme holds all the key information such as current electricity prices and customers’ energy requirements and uses these data to calculate the next day’s operating plan and to determine which plants are to come on stream. Siemens has already used this control system in a number of demonstration projects.

At the end of October the two partners first linked together and brought on line a pilot plant – nine small hydroelectric facilities, total capacity approximately 8.6 MW, that form the first of the envisaged virtual plant projects. They are controlled centrally by RWE Energy from Cologne

In a first phase these nine hydroelectric facilities, operated by Lister- und Lennekraftwerke in Sauerland, North Rhine-Westphalia, were integrated in the plant linkup. Their capacity ranges from 150 kW to 1100 kW, making up the total of 8600 kW. They are located at Möhnesee-Günne, Niederense, Hachen, Sorpe, Henne, Barmenohl, Lehnhausen, Ahausen and Verse.

One of the main advantages of bundling the power generated by several decentralised plants is that it allows small plants to make use of sales channels normally available to much larger generators that were hitherto closed to them.

Also the component plants can be operated more efficiently and thus more economically than before – providing benefits for the operators of the distributed generators. RWE will also be marketing the electricity generated on the EEX power exchange.

With this pilot project Siemens and RWE Energy intend to demonstrate the technical and economic viability of virtual power plants and accumulate findings for further possible applications. In the course of the project further distributed generating facilities such as engine-based cogeneration plants, biomass and wind power plants are to be integrated into the linkup. In addition to economic benefits the aim of the co-ordinated utilisation of distributed generating facilities is above all to make a contribution toward the improved market integration of these facilities, and the gains in commercial viability that accompanies it.

RWE is by no means new to the virtual power plant business. In January 2006 it was the first German energy producer to auction a virtual coal-fired power plant via the Internet. The company offered total generating capacity of 300 MW of secure output. Power was sold in two independent auctions for the periods 2007-2009 and 2010 – 2012. Bids could be placed for units with a minimum capacity of 10 MW. Municipal utilities, industrial customers, energy utilities and energy traders from Germany and abroad took part in the auction, which allowed RWE customers a new instrument for flexible electricity procurement for the first time. Customers acquired the right to call up electricity at any time over a specified period as if they operated their own coal-fired power plant. However, they did not bear any risk concerning power-plant availability as RWE guaranteed supply at any time.

Overall, the demand in advance of the auction and the auction result confirmed the general acceptance by customers of this new product. But it also demonstrated the uncertainty of the market relating to longer term delivery times and the desire to adopt liquid traded indices for reasons of risk management, as well as a great deal of uncertainty about the regulatory and fundamental framework conditions over the longer-term. This resulted in a very conservative approach among the bidders, and no bidders were found at that time for the 2010-1012 volume.