Under the sea: hydrocarbon resources in the Caspian

The presence of substantial undiscovered hydrocarbon resources makes the Caspian Sea an important region for the global oil and gas industry. GlobalData reports on the competitive landscape in the region, and exploration and production forecasts to 2020 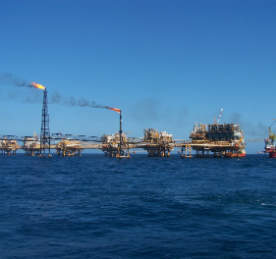 In 2012, Kazakhstan was the most active country in the Caspian Sea region in terms of exploration, followed by Turkmenistan and Azerbaijan.

The Caspian Sea region comprised approximately 91 exploration blocks – including active, inactive and planned blocks – at the end of 2012.

Of these blocks, Kazakhstan had the highest number, with 33, followed by Turkmenistan with 31 and Azerbaijan’s 27. Iran and Russia have no exploration blocks in the Caspian Sea region.

The gross crude oil and natural gas production of the country for 2012 was approximately 7.8 billion barrels of oil equivalent.

Figure 2 shows how oil and gas production in the Caspian region was split by littoral state for the period 2001-12.

Oil and natural gas on the up

Figure 3 shows forecast production of oil and gas in the Caspian region throughout the period 2013-20.

Of the five littoral states, Russia will continue to be the largest producer, while Turkmenistan, Kazakhstan and Azerbaijan are set to experience the highest growth rates in the Caspian region. Oil and gas production in the latter three countries is likely to increase at an AAGR of 9.3%, 4.9% and 4.4%, respectively.

Since the break-up of the Soviet Union in 1991, disputes have existed among the littoral states over the maritime boundaries of the Caspian Sea. The most important issue is the sharing of the Caspian Sea’s resources, particularly its energy resources.

The littoral states have been negotiating for more than a decade about the demarcation of maritime boundaries in the Caspian Sea; however, the talks are yet to yield a solution that is acceptable to all five.

Nevertheless, an agreement between Azerbaijan, Kazakhstan and Russia with regards to subsurface boundaries did take place in 2003.

As per the agreement, the northern 64% of the Caspian Sea was divided among the three states using the median principal. As a result of this division, Kazakhstan received 27%, Russia 19% and Azerbaijan 18%. The 2003 agreement also included a provision for joint administration of sea waters. Iran and Turkmenistan declined to sign the 2003 accord.

Iran, which wanted a 20% share of the Caspian Sea, emerged as a major obstacle to an acceptable solution on the demarcation of boundaries.

As a result of not entering the 2003 accord, offshore development of oil and gas in Iran and Turkmenistan in the Caspian Sea lagged behind the other three countries.

Due to this lack of clarity regarding the demarcation of boundaries, a dispute arose in July 2012 between Azerbaijan and Turkmenistan over overlapping petroleum resources. Azerbaijan objected to Turkmenistan’s plan to begin geological sampling at the Kyapaz field, stating that it violated a 2008 agreement signed between the two countries barring any kind of work at the Kyapaz field.

Dispute negotiations are set to continue between officials of the two countries for the foreseeable future.