Towards CCS – how far will the UK BERR consultation take us? 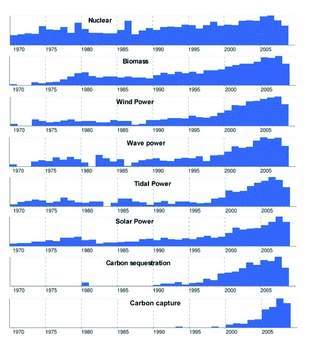 The current UK government consultation on CCS1, ‘Towards Carbon Capture and Storage’ (being conducted by BERR (Department for Business, Enterprise & Regulatory Reform)) asks a lot of important questions that have to be answered before CCS regulations can be framed. It marks a clear transition from concept to practice. But to put this in context BERR has also just published the much larger UK ‘Renewable Energy Strategy Consultation’2 with eighteen support documents,3 as well as the consultation on the ‘Strategic Siting Assessment Process and Siting Criteria for New Nuclear Power Stations in the UK’4 with five supplements. An obvious allegory comes to mind. Dirty Cinders may be doing some useful housework, but the other two sisters are having a ball! (The Cinderella image was, incidentally, also used in connection with coal plants last year in the USA, but from a rather different angle (see illustration right).

It is always a problem being the youngest in the family. However much potential you feel you have, you have to grow up before you can compete with your siblings – and that can’t be rushed.

Histograms of Google News hits for the different energy technologies by year show the enormous age gap (see illustration below). Renewables started up in response to the 1970s oil crisis and nuclear was, of course, already going strong then. But CCS, as carbon capture and storage, only started to get much attention in 2005 (probably due to the UK’s G8 initiative that year) although some of the earlier ‘carbon sequestration’ references will include CCS as well as other measures such as planting trees. This difference in maturity is reflected in the government’s own language for the CCS consultation, which talks of ‘developing and demonstrating CCS technologies’ but ‘facilitat[ing] the deployment of nuclear and promot[ing] the deployment of renewables.’

The timing difference is not an accident though. Nuclear and renewables are actually responses to a fossil fuel supply crisis, the only driving issue in the 1970s. Of course, they don’t emit fossil CO2. But they don’t directly tackle fossil CO2 emissions either when, as now, all the fossil fuel that can be extracted is being used. Again the CCS consultation has it right when it identifies CCS ‘as the only option currently available for making significant cuts in global emissions from coal and other fossil-fuel powered generation’ and states that ‘it is vital that we see CCS proven and deployed across the world as soon as possible.’ But does this include being deployed within the UK as soon as possible or as it says are we just ‘committed to taking a global lead in demonstrating the technologies and developing capacity and expertise in developing countries.’?

The problem is that it’s hard to justify much of a role for pre-2020 CCS in the UK when ‘modelling commissioned to inform our renewable energy strategy consultation’ produces estimates that only ‘2.5 GW of new coal-fired generation (1-2 new power stations) could be added to the mix by 2020’ and that overall coal use will fall by about 50%. The consultation notes, however, that ‘actual investment in new coal could be higher or lower than this projection, depending for example on relative gas and coal prices in the international markets’ and that this assumes ‘a high build rate for renewables’ so that the 15% UK target is met. When added to the likelihood that much deeper cuts in CO2 emissions will be needed in the future this does lead to ‘a case for the government’s supporting Article 32’ of the EU Draft Directive on the Geological Storage of Carbon Dioxide5 making carbon capture readiness (CCR) mandatory for new combustion plant above 300 MWe in order ‘to minimise the risk of ‘carbon lock-in’ – the risk of limiting carbon reductions in the future because of inflexibility in the installed capacity’ and also for making a strong input to the storage regulation aspects of the directive.

The first part of the consultation document does contain just one short question on the wider issues though: ‘We would welcome views on what more the government might do to promote the development and deployment of CCS technologies in the UK, EU and globally.’ Obviously this could get some long answers!

The other 39 questions are on specific aspects of carbon capture readiness and geological storage and reflect the attention to detail that is needed if legislation is to avoid the worst aspects of the law of unintended consequences. Obviously the tangible issues raised by the BERR CCS Competition6 have served to bring many of the issues into focus and the people working so hard in this area deserve a great deal of credit for this often unseen, and certainly unglamorous, but very necessary, activity. It is to be hoped that they have as much success in shaping workable and constructive EU law in this area as they have done in helping modify the London and OSPAR protocols7 to allow offshore geological storage of CO2.

One significant element of the CCR part of the consultation is the search for ‘benchmark’ documents in addition to the recent IEA GHG study on ‘CO2 Capture Ready Plants’.8 While these can provide useful guidance it is critical that experienced engineers and geologists advise permitting authorities on the suitability of CCR proposals, rather than it being a matter of rigid legal definition. The requirements can be very site-specific and technology is changing rapidly. This is a very small addition to the individual attention that is already given to every large power plant project.

Some large combustion plants, such as CHP and dedicated biomass units, are queried as possible exceptions to the EU’s proposed 300 MWe CCR limit. It seems important for environmental integrity, though, that any exceptions also take account of the possible difference in CO2 emissions if CCS cannot subsequently be implemented, which may not be directly related to the electrical output. This is still important for biomass combustion since CO2 removed from the atmosphere as the biomass grows is not re-emitted with CCS.

A key issue in the section of the CCS consultation document covering geological storage is how to handle liability for stored CO2 in the longer term. This is a potential show-stopper so a workable solution is essential. It is now generally accepted that long-term liability for stored CO2 will lie with governments, and suggestions are sought on measures to control and possibly compensate for associated risks that are transferred. One obvious solution that is not discussed, though, is for the ultimate holder, ie government, to assume greater control of its risks by managing the transport and storage process from the outset. It will be interesting to see if this is actually precluded by any future regulations.

Overall, this consultation signals a significant transition in UK CCS activities and will progress a number of critical issues. It does reflect well on current UK leadership in the field, even if the other runners are slow because they are just warming up. There is even a Fairy Godmother in the offing to wave a multi-million pound magic wand for the CCS competition (see MPS, August 2008, pp 12-13) so Cinderella gets an outing. But a Prince Charming had better be ready to make a real commitment to CCS very quickly after that if the climate change story is to have a happy ending. As the President of the Royal Society, Lord Rees, said recently:9 ‘Techniques for carbon capture and storage must … be developed urgently. So much is at stake that current efforts are quite inadequate. …The sooner this technology can be proven and widely adopted, and annual carbon dioxide emissions stopped from rising, the lower the risk of catastrophic climate change.’