Despite the general slump in the world market, a significant number of planned North Sea oil and gas projects are expected to come online over the next nine years. Market analyst GlobalData provides the facts and figures. 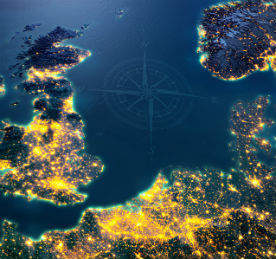 In the North Sea, a total of 36 crude and natural gas projects are expected to commence operations by 2025. The UK has the highest number of planned projects in the region at 25, while the remaining 11 will be located in Norway (nine) and Denmark (two).

Statoil will lead the North Sea in terms of operatorship of planned projects. The company will operate the highest number of planned assets in the region (four), all of which are crude projects. EnQuest and Maersk Olie og Gas jointly occupy the second place with operatorship of three assets. Key planned projects in the North Sea are expected to contribute 819,000mbd to global crude production and 1.1 billion bcfd to global gas production in 2025.

Norway is expected to lead the region, with capex spending of $27.8 billion during the 2016-25 period, of which, close to $12.0 billion will be spent on the Johan Sverdrup project. Statoil will have the highest capex spending among all the companies in the North Sea and is expected to spend a total of $17.8 billion on key planned projects over the next ten years.

Major undeveloped discoveries in the area include Tommeliten, Skipper and Peon, all of which are located in the northern basin.