With its capability to monitor leaks and enhance safety, downhole distributed acoustic sensing (DAS) software continues to draw attention within the natural gas sector. Against the backdrop of the ongoing fracking debate, Ross Davies speaks to Neal Skinner, senior scientific adviser at energy Halliburton, to discuss a potentially game-changing technology. 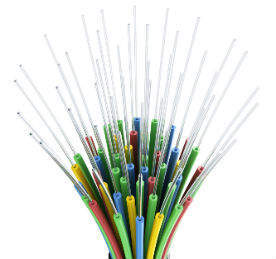 Forever hunting for more unconventional sources to unearth, the gas industry continues to cast its net wider across more extreme environments. Offshore, companies are venturing into deeper waters, further from land, in the hope of harvesting the fruits of distant fields.Working above water throws up an obvious set of logistical challenges, which are only offset by appropriate levels of investment in expensive new technologies, and drilling for gas on land can be just as exacting.

Set against mounting fears of a looming global energy crisis – although some would declare the sources of the anxiety to be subjective, rather than empirical – competition among gas companies seeking a greater yield of fossil fuel sources remains high.

Nothing can be left to chance during operations and, as a consequence, those in the gas sector, like their counterparts in oil, are constantly discussing well monitoring as a means of reducing the risk of leaks and downtime.

Downhole operations can no longer be at the mercy of assumption and guesswork. Instead, reservoir and production engineers need to have top-hole, real-time intelligence software at their disposal, in order to cut out slippage, environmental and economic.

Since the 1990s, fibre-optic sensing technology, in the guise of distributed temperature sensing (DTS) systems, has allowed gas well engineers to take measurements while drilling. DTS systems are optoelectronic devices, which measure the temperatures of wellbores, allowing operators to ‘visualise’ well conditions and monitor performance.

DTS has been complemented by the development of distributed acoustic sensing (DAS) software. Using fibre-optic cables like a string of microphones that feed back to a computer screen, DAS can locate and monitor anomalies such as blockages and leaks.

While still a relatively young technology, the transition from laboratory to market is well under way. Last November, BP’s technology investment subsidiary, BP Ventures, announced it was partnering with the UK’s Fotech Solutions to invest in a new DAS system for its oil and gas fields. Shell also employs the technique to monitor its fracking activities using vertical seismic profiling.

"In many ways, DAS constitutes something of a brave new world, because it’s still so new to the field," says Neal Skinner, senior scientific adviser at US-based energy company Halliburton. "That’s in comparison with DTS, which has been around for a couple of decades now.

"We are seeing improvement in this branch of fibre-optic hardware at a very rapid rate, though: practically on a monthly basis."

It is no coincidence that the technology’s stock has risen in time with a surge of interest in hydraulic fracturing, or fracking. DAS enables instant, zone-specific evaluations of fracturing success, countering the historic misconception that fracturing each zone requires an equal volume of fluid. Permeability, it turns out, can vary dramatically, even across single zones.

Through demonstrating how much fluid each part of the exposed formation has taken, DAS provides the engineer with a real-time log of fracturing operation success, creating actionable insight for future operations.

While fracking has become synonymous with the global energy’s industry’s troubled and politically charged relationship with the environment, Skinner claims it is a natural home for DAS fibre optics.

"A lot of work is being done on shale in the US, especially in Texas," he says. "Using DAS adds a whole host of benefits. Run a fibre-optic cable along your pipe and you’ll be able to tell exactly where the fracturing fluids are going.

"Knowing this, as well as being able to tell which zone you are fracking in, is a powerful and beneficial tool."

Other exploration activities set to benefit from the technology include gas-lifting operations, which are traditionally difficult to monitor. DAS allows the monitoring of valve performance, resulting in optimum efficiency and planned maintenance.

Fibre-optic sensors can also be applied in the detection of downhole leaks, sometimes long after a well has been vacated by its explorer. In the US, nebulous regulations and financial disincentives have left many gas fields still abandoned unplugged, carrying the danger of contamination and the release of toxic fumes. Pennsylvania’s Department of Environmental Protection estimates that there are 200,000 or so abandoned wells in that state alone.

"Fibre optics can certainly help in mitigating the risks associated with abandoned gas wells," says Skinner. "This relates specifically to leaks: in the case of distributed acoustics, these seepages tend to have a characteristic acoustic emission. In effect, you can hear the leak from where the sound is emanating, which can lead to it being plugged."

There is still room for improvement in DAS technology, argues Skinner, particularly when it comes to the storage and use of big data. As a sensor can produce tens of terabytes of information across a single monitoring period, processing times can be protracted, hampering data transfer.

"Run a fibre-optic cable along your pipe and you’ll be able to tell exactly where the fracturing fluids are going. Knowing this, and the zone you are fracking in, is a powerful and beneficial tool."

"While much of the hardware is improving fairly regularly, the analysis of data can still be very tricky," he says. "With today’s DAS systems, you could fill up a 3TB hard drive in nine hours, so part of the problem is this idea of big data. What do you do with everything you generate? How do you analyse what you are looking for? How do you keep track of it? These are some of the big questions that we face today."

Could the wait for the answers to these questions soon be at an end, though? In August, Fotech Solutions signed a partnership with Interperative Software Products (ISP) – a specialist data modelling and software developer for the O&G industry – with the aim of enabling global access to DAS monitoring systems for wells.

The combination of Fotech’s DAS with ISP’s software will allow the real-time compression of DAS data into gigabyte-size image files, negating the need to operate in terabytes. This could also enable the much faster delivery of in-well reporting.

Frack to the future

Such advancements are no surprise to Ian Verhappen, director of Canadian consultancy firm, Industrial Automation Networks, and an authority on fibre-optic sensor technology deployment.

"The industry is experiencing a learning curve when it comes to this technology," he says. "We are only beginning to learn what the oil and gas sector can do with it, but make no mistake: things are starting to move from lab to production, especially in the context of fracking."

There’s that word again. As aforementioned, it seems that the development of DAS technology is inextricable from the fracking debate.

With a predicted increase in shale extraction projects in the US and the UK – President Barack Obama and Prime Minister David Cameron have both argued that the benefits of fracking significantly outweigh the negatives – there is certainly plenty of scope for a spike in investment in DAS.

"The application of distributed acoustic sensing in gas wells has the potential to completely transform the industry," claims Skinner.

"In its ability to monitor wells during the fracking process, as well as determining and finding leaks, DAS can make a big difference in the exploitation of natural gas."

Protesters and critics of fracking will doubtless disapprove of any technique that has the ability to facilitate a boom in the production of gas from shale rock formations. Some of the world’s biggest energy companies will be hopeful that the time-to-market rate of DAS maintains its current pace, however: their future output may well depend on it.