Peter Eley, international director at dispute resolution specialist company Leach Group, has over 30 years' experience in resolving disputes in the construction supply chain. Here he discusses why litigation is doubling by the decade internationally and the impact this is having on hydro power and dam construction 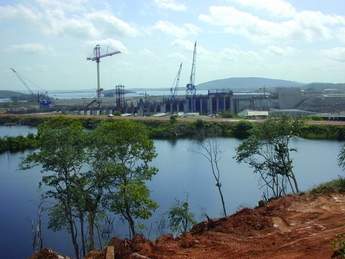 Any project involving the need to control the uncontrollable is going to throw up challenges. With water being one of the most powerful and unstoppable forces in the world, hydro power and dam projects can potentially give rise to large-scale and damaging dispute situations should things go wrong.

Over thirty years ago, there were only a few construction law specialists. Cases were mainly settled through negotiation or mediation – ‘going legal’ was an absolute last resort. Relationships seemed far more important, face-to-face communication was the ‘norm’ and people were willing and able to make decisions. If settlement could not be achieved by discussion, mediation was the most widespread way to resolve construction disputes.

Today, people seem a lot more reluctant to just sit down and talk and a worldwide culture of arbitration and litigation has developed, leading to an industry of highly adversarial relationships. This steady rise in cases suggests that the construction industry may be a tougher place today than it was 30 years ago.

A reliable measure of how litigation is rising in the sector in the UK can be found with the records of HM Technical and Construction Court [1]. Annual court reports show that litigation in the industry is on the increase. There were 695 cases to the end of September 2005 against 818 for the same period in 2006 – up by a fifth in one year.

This is not just a national phenomenon but an international one, with our portfolio of clients stretching from the Americas to Zambia.

So how has this situation come about? A number of elements have played their part in what can be described as the doubling by the decade of litigation in the construction supply chain.

Contracts haven’t changed all that much in 30 years but the willingness of the contracting party to sue has. Developments in society have given rise to the ‘compensation culture’ which has meant that whereas relationships were once important, now money talks.

Today, cost and time pressures drive project deadlines, so much so that if deadlines are broken, the contract is in dispute and solicitors are brought in. Increased competition has led to a reduction in pricing which forces contractors to become more aware of contractual rights. Clients also add to the mix by expecting increased professionalism and higher standards at lower costs.

Increasingly sophisticated computer software keeps track of what happens throughout each project and enables detailed analysis of performance. All parties are able to exploit changes in circumstances and projected end-times.

Problems also arise when dominant clients force contractors to adopt unreasonable levels of risk by drafting onerous contract conditions. Employers realise the pressure contractors are under to increase business in an over-supplied market and often modify standard contract conditions in their favour especially to re-distribute risks set out in a contract.

As personal indemnity and liability are now such hot issues, individuals are keen to avoid taking responsibility for their decision-making. This, coupled with the strain of the increased accountability of employer and funding agency organisations, has led to stricter audit control on budgets. This increased accountability is also leading employers to raise disputes against their architects or engineering professionals, as well as against contractors, if problems develop on projects. This then reduces any possibility of fair assessment of contractual claims.

Time-consuming and costly arbitration and court proceedings have become ever more popular as clients seek to pass on responsibility for even the simplest of issues.

Another option is the more cost-effective measure of using the dispute adjudication board or mediation to resolve a dispute, however, this process is not final and binding. Employers often refuse to accept the findings of such processes and insist on proceeding to the binding arbitration or litigation processes.

There is a tendency for contractors to avoid raising contractual issues until the project deadline for fear of being penalised by an employer. When problems do occur, they are usually left until the end of the project when a contractor is forced to seek to recover losses by submitting inflated global claims for compensation which an employer may feel unable to assess properly.

In the UK the increase in PFI projects, design/build work and joint ventures means employers can allocate shared risk among separate industries. Internationally, in the last 30 years, this tidal wave of litigation has had a serious effect too.

International changes in the industry

In countries such as Spain, where amicable resolution of disputes has historically been common, now there is a tendency for a strictly contractual approach to be implemented. This is also the case for many African countries where traditionally appointed local and Western contractors are facing competition from Chinese and Indian contractors. This has forced them to cut margins and consequently increase the risk of disputes as contractors attempt to protect their rights.

In Southeast Asia, and parts of the Far East, times really have changed. Traditionally the eastern culture of respect and avoidance of ‘loss of face’ once held back a party’s willingness to enter into formal disputes but now, particularly when dealing with multi-million pound deals, public litigation is the legal ‘tool’ of choice.

To illustrate the change in approach, I could cite the contractor in Central America who was working on two projects; the first in the late 1980s and the second some 15 years later. On both occasions, significant disputes arose and I was involved in unpicking the

Although the conditions of the cases were different, it is interesting that the problems faced in the 1980s were resolved through mediationvwhereas the more recent case had to be settled by arbitration.

Litigation and arbitration are expensive, time-consuming and damaging to the industry as a whole. They set people on the defensive and ensure that blame and denial are rife whilst mutual distrust and a lack of confidence rule the working environment.

As an example, legal costs for a contractor for arbitration on a southeast Asian project were in the region of US$1,500,000. That was using lawyers from Singapore whose fees are modest in comparison with those of the UK. Fee levels for legal and other experts can vary dramatically depending on nationality but as English language contracts are increasingly common, English-speaking specialists are favoured.

So what does the future hold for the construction industry? I believe we’re heading for a peak in arbitration and litigation at which point both contractors and clients will see the sense in directing their energies into avoiding disputes in the first place. But, for now, most clients want a final and legally-endorsed resolution to send out a clear message: ‘if you mess with us we will make an example of you and rise to the challenge.’

The more effective means of dispute resolution involves amicable settlement, mediation and conciliation but these processes are not absolute and are seen as too lenient. Currently, despite the best endeavours of enlightened professionals, these procedures seem to be a bridge too far in dispute resolution in the industry at large.

To achieve mediation, factors such as an employer’s attitudes to accountability, setting realistic project budgets, ensuring designs are finalised before inviting tenders, the realistic evaluation of tenders and a closer examination of contractual matters during construction would all have to be put firmly in place.

For now it looks like the construction industry will continue to see rising litigation figures as the preferred method of dealing with contractual disputes both at home and abroad.