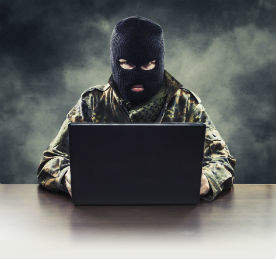 In the early hours of 16 January 2013, terrorists affiliated to al-Qaeda attacked the Tigantourine gas facility near In Amenas, Algeria, taking more than 800 people, including 132 foreign nationals, hostage.

Sophisticated in conception and execution, the siege was ended four days later by Algerian special forces – but at a high price. At least 39 foreign hostages lost their lives, along with 29 militants.

The tragedy served as a stark reminder that onshore and offshore infrastructure remains vulnerable to kinetic and cyberattacks from insurgents, terrorists, pirates, organised crime and civil activists, all intent on exploiting the upstream oil and gas industry’s strategic position in global supply chains.

"The importance of safe and reliable energy to a nation’s infrastructure and economy has resulted in oil and gas operations becoming the target for numerous groups or individuals targeting political or capital gain," confirms Warren Bloomer, head of Africa operations at Securewest International.

"Security risks are multiple, diverse and vary from region to region, ranging from sophisticated terrorist attacks such as in the In Amenas hostage crisis to lone activists. Threats are evolving in technical sophistication, as evidenced in the nature of some attacks, criminalised activities, hijacking and most notably the threat of cyberattack.

"However, what remains clear is that even the most basic form of attack can still have far-reaching consequences for personnel, assets, reputation and business."

Policing: securing oil and gas assets in the waters off Nigeria

Piracy remains endemic in the Gulf of Guinea and East Africa, despite the high-profile deployment in recent years of a US military taskforce to the region in concert with the US Africa Command (AFRICOM).

One trait they share is ruthlessness. On 3 February 2015, armed pirates boarded the Malta-flagged Kalamos – a VLCC capable of holding two million barrels of crude – off south-eastern Nigeria. After stealing oil, three crew members were taken prisoner and the ship’s deputy captain was executed.

Security experts now classify the waters off Nigeria, termed ‘pirate alley’, as the deadliest on Earth, meaning security strategy is now an operational imperative for upstream operators in the region.

"Insurgency groups are responsible for about one third of attacks and security incidents involving offshore installations, most of which occur in the Gulf of Guinea," explains Bloomer. "As a result, complex security plans have been incorporated into seismic and exploratory drilling campaigns off East Africa in recent years. As the risk from Somali-based pirates has reduced, the security plans, and number of security vessels and personnel have been modified as a result.

"We offer comprehensive security plans garnered from direct service delivery experience on seismic and drilling operations in high-threat environments. Specialist and experienced maritime teams with specific working knowledge of seismic and exploratory drilling security provision are responsible for the execution of the project security plan."

"Most offshore security plans in East Africa have included an armed deterrent provided by the respective host nation’s marine or naval forces. These integrated solutions involving significant security personnel, host nation forces, vessels and equipment have proved their worth, most notably when a commercial security provider and armed Tanzanian forces successfully repelled a pirate attack on the ocean rig Poseidon off Mtwarra, Tanzania in October 2011."

Attacks on offshore assets are by no means limited to political insurgency, however, and Securewest has adapted its service portfolio to cope with multiple, often blended threats.

"Terrorism is a prevalent security threat to offshore and onshore oil and gas installations, and attacks have taken place widely, notably in Iraq, Yemen and Algeria," Bloomer says. "Organised crime can also interfere with operations through illegal bunkering, extortion, armed robbery, the kidnapping of personnel for ransom, theft of property and other forms of criminal profiteering.

"Civil protest by non-violent environmental campaigners, indigenous and labour activists, striking workers and anti-government protesters also poses a security threat to offshore installations and pipeline systems, and vandalism is a particularly topical issue onshore in the delta region of Nigeria.

"The very nature of its business, with operations geographically dispersed throughout the world and the high value of its intellectual property, also makes oil and gas companies a tempting and exposed target for cyber-espionage," he adds.

Diplomatic relations: why collaboration is critical to energy security

With offices in the UK, South-East Asia, US and West Africa, Securewest is experienced in managing the financial, logistical and physical risks of upstream operations across multiple geographies.

"We offer comprehensive security plans garnered from direct service delivery experience on seismic and drilling operations in high-threat environments," states Bloomer. "Specialist and experienced maritime teams with specific working knowledge of seismic and exploratory drilling security provision are responsible for the execution of the project security plan, including briefing of masters, officers and crew as to the security team’s role and associated concept of operations."

Responsibility for offshore counterterrorism is increasingly moving away from civil authorities and towards defence forces; forging relationships with these stakeholders is critical, as Bloomer explains.

"We recognise that key to the success of offshore projects is building rapport and understanding with local national authorities, including liaison and joint operations with host nation navies and respective government security forces," he says. "Securewest offers diplomatic cooperation, training and fostering of goodwill with host military content, and understands the importance of achieving full International Association of Oil & Gas Producers (IOGP) standard HSSE procedures.

"We also mitigate threats to clients’ assets and personnel by understanding the local environment, and developing local partnerships and relationships with government security forces through direct relationship development and local capacity building."

Oil and gas multinationals are entering increasingly inhospitable environments in search of dwindling reserves, which has meant security implications and for Securewest to adapt its service portfolio.

"The move to extreme environments such as the Arctic presents what might be termed as ‘less traditional’ security implications but is still a significant risk to a company’s personnel, reputation and business – as was experienced when Shell’s Kulluk rig ran ashore off Alaska," says Bloomer.

"Securewest actively seeks to understand the risks our clients face and work with them to develop practical solutions, whether facing activism, terrorism or environmental extremes. Our security management service ensures a safe and secure setting, enabling clients to work unhindered in challenging environments."

Safety in numbers: the future of the offshore security market

More than 50 security incidents involving offshore installations have been recorded in the past 25 years. Against this backdrop, Bloomer describes how he sees the security market evolving and what affect, if any, low oil prices are having on the industry.

"The low oil price has impacted on the industry as operators have conducted closer scrutiny of operating costs in a bid to reduce overheads and still provide effective security cover," he explains. "However, this is really ‘business as usual’ and Securewest will always seek to provide their clients with appropriate and cost-effective security solutions.

"The Gulf of Guinea and Nigeria remain a challenge due to the threat of piracy and organised crime, and it is expected that security providers such as Securewest will continue to support clients in the region, working with host nation forces to provide effective security solutions for clients," he continues. "As the host nations develop their capabilities, we will adopt a more supporting role.

"In the short-to-mid-term we will likely continue to see a declining requirement for comprehensive security solutions off East Africa due to the reduced piracy threat. However, operators will remain cognisant that much of what has been achieved is due to deterrence; while they might recalibrate and adapt security measures, they will maintain an ability to step up security rapidly if required."

NPD receives applications from 33 companies in APA 2020 round