A review of some of the key nuclear industry developments in 2013. 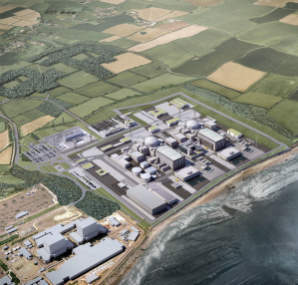 The UK government and EDF Energy agreed terms for the construction of a £16 billion nuclear power station at Hinkley Point C in Somerset in October 2013.

The deal includes an inflation-protected strike price for electricity set at £89.50/MWh rising to £92.50/MWh if a second plant, Sizewell C, is not built, as well as provisions for Chinese companies to share up to a 40% stake in the project.

The European Commission is conducting an investigation to examine whether the deal complies with EU state aid rules. EDF Energy expects this investigation to be concluded by summer 2014, when it plans to make a final investment decision on the project.

The US Nuclear Regulatory Commission (NRC) directed its staff to resume its work on the safety evaluation report (SER) for a geological repository at Yucca Mountain, Nevada in November 2013.

The review was suspended in 2010 after a decision by the Obama Administration to abandon the project.

Also in November, the US Court of Appeals ruled that DOE must stop collecting nuclear waste fees – around $750 million per year – from utilities until it decides how used fuel is to be disposed.

In September 2013, Japan’s remaining operating reactors, Ohi 3&4, operated by Kansai Electric Power Company were closed for routine maintenance, leaving Japan with no reactors in operation. Sixteen reacotrs have applied to the new nuclear regulator for permission to restart.

The fourth quarter also saw TEPCO announcing that it will not restart the two undamaged boiling water reactors at its Fukushima Daiichi nuclear power station. Fukushima Daiichi units 5&6 will be decommissioned starting from 31 January 2014, but could be used as full-sized mock-ups to test remote technologies for inspection and clean-up of the damaged reactors on site.

In 2013, an international expert mission praised Japan’s efforts to plan for decommissioning at the Fukushima Daiichi plant. A preliminary report said that Japan had achieved ‘good progress’ in improving it strategy and plans.

Four construction starts, four shut-downs in the US

Construction began on four Westinghouse AP1000 reactors in the United States: VC Summer 2&3 in South Carolina and Vogtle 3&4 in Georgia. Four US reactors also closed in 2013.

End of Megatons to Megawatts

The programme that used uranium extracted from the equivalent of 20,000 Russian nuclear warheads to provide 10% of US electricity since 1995 officially ended in December 2013.

Over the duration of the Megatons to Megawatts programme, USEC purchased more than 14,000 metric tons of LEU downblended from 500 metric tons of weapons-grade uranium. It received the last deliveries in December 2013.

In May 2013, South Korean utility Korea Hydro & Nuclear Power took the unusual step of renaming two of its six-unit nuclear power plants. The Yonggwang nuclear power plant is now known as Hanbit, while Ulchin has been renamed Hanul. The name change followed calls from local fishermen, and is an effort to maintain at good relationship with the public.

After over a decade of construction, India’s Kudankulam 1 VVER-1000 reactor achieved first criticality in July 2013. The 1000 MW reactor was connected to the grid on 22 October, bringing India’s installed nuclear capacity to 5780 MW. Commissioning of Kudanulam 2 is currently underway.

In November, Belarus became the first country in Europe to begin construction of its first nuclear power plant in three decades.

The two-unit AES-2006 nuclear power plant is being built by Russia’s NIAEP-Atomstroyexport, with start-up of the first unit expected in November 2018.

Ontario rules out new-build, but commits to refurbishments

The long-term energy plan for the Canadian province of Ontario has ruled out the prospects for new nuclear power plants. However, the government remains committed to refurbishments at the existing Darlington and Bruce nuclear sites.

Russia’s oldest RBMK Leningrad 1 returned to service in December 2013, after a complex 18-month project to restore its graphite moderator. Similar work is scheduled to follow at Leningrad 2 and then Kursk 1&2.