Malaysia’s 2100 MW Tanjung Bin coal-fired plant is one of the largest infrastructure projects currently under development in south-east Asia. 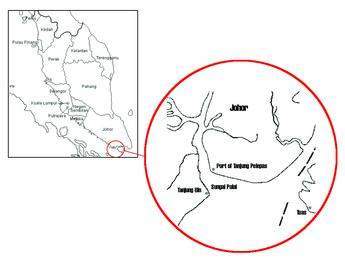 The prosperity of the Malaysian economy no longer just depends on rubber, timber and palm oil but is increasingly also fuelled by natural gas and oil. This has led to an increased dependency on these fuels, to the extent that currently about 70% of Malaysia’s electricity comes from natural gas. Coal currently only supplies about 8% of Malaysia’s fuel sources, from just two major power stations, the remainder coming from diesel, oil, hydropower and biomass.

To avoid over-dependence on any one energy source, Malaysia has introduced a “five-fuel policy”, the fuels being oil, gas, coal, hydro and other renewables (eg solar and biomass). Coal, being abundant and affordable, plays an important role in this diversification. Indeed, according to the Energy Commission of Malaysia, the coal contribution to electricity generation will increase to around 25-30% in the next 10 years.

Tanjung Bin, 3×700 MWe, now in the early stages of realisation, is an important milestone in achieving this goal. Located at the southern tip of the west Malaysian peninsula, it also plays an important role in the growing infrastructure of the area.

The owner of the power station, Tanjung Bin Power Sdn Bhd (formerly SKS Power Sdn Bhd), has recently been taken over on a majority basis by Malakoff Berhad, the premier private power player in Malaysia. The project is handled by Rentak Jitu Project Management Sdn Bhd, the O&M of the plant will be performed by Rangkai Positif Sdn Bhd. Fichtner Consulting Engineers of Stuttgart, Germany, is owner’s engineer for the power plant, with responsibility for planning and supervision.

The international competition for the power plant, for which Fichtner supplied the technical bidding documents, attracted four bidders, from Japan and Europe. The EPC contract with a value of about US$ 1.5 billion was awarded in July of 2003 to Sumitomo-Zelan Consortium. Sumitomo Corporation from Japan is responsible for the mechanical and electrical equipment and Zelan Holdings Sdn Bhd from Malaysia for the civil engineering. The turbo-generators are supplied by Toshiba Corporation, the steam generators and coal handling by Ishikawajima-Harima Heavy Industries, both also from Japan.

Underlying the power plant design are the following major considerations:

• layout to accommodate a wide range of coal, including bituminous and a blend of sub-bituminous;

• use of well-proven components and suppliers;

• redundancy concept to avoid plant outages and minimise operational risks by supplying n+1 components for all but the largest plant components.

The units will burn bituminous coal and up to 30% sub-bituminous coal, see Table 1. The imported coal will be supplied from Indonesia, Australia, China, and South Africa. A number of different coals from various countries have been selected to avoid dependencies on any one source.

The plant is situated adjacent to the mouth of the Sungai Pulai river in the western part of the state of Johor. A land area of about 900 ha in total is available to accommodate the plant. With its proximity to the sea, the site is well placed for the provision of cooling water and access for ocean-going coal supply vessels.

As the coal supply will be by ship, the plant is equipped with a coal jetty for receiving the coal, which will be unloaded by means of two continuous ship unloaders of 2200 t/h capacity each and delivered to the coal storage yard by the receiving conveyors. The jetty is capable of berthing coal ships from 35 000 DWT up to 150 000 DWT.

The capacity of the stock yard is about 45 day’s supply of coal. The coal yard is equipped with three combined stacker/reclaimers of 4000/1400 t/h capacity each, which allow simultaneous unloading from the ships with one machine and reclaiming with the other two machines for blending of two coal types. The reclaimed coal is brought via reclaiming conveyors to two 70 t/h coal crushers, which reduce oversize coal to < 50 mm. The coal is then brought to the coal bunkers of the three units.

A diesel storage tank of 3000 t capacity bunkers the start-up and low-load fuel.

Each steam generator is of subcritical drum-type design with single reheat. The design steam conditions at the superheater outlet are 2280 t/h, 172 bar(a) and 541°C and at the reheater outlet, 1920 t/h, 39.4 bar(a) and 568 °C at maximum capacity rating (MCR). The facility is capable of operating in fixed and sliding steam pressure mode.

The steam generator is of two-pass type, top-supported, with all water-cooled membrane walls. The heating surfaces consist of three stage superheater (SH), single-stage reheater (RH) and economiser. Superheater steam temperature control is achieved by two-stage spray-type desuperheaters. Reheater steam temperature control is achieved by gas dampers, as the second-pass SH and RH is located in parallel flue gas paths. The economiser is located at the bottom of the second pass and consists of horizontal tubes with fins.

The coal firing system is of direct, pressurised type for pulverised coal. The coal is fed from coal bunkers via gravimetric coal feeders into the five (x 25%) coal mills, which are of the vertical-spindle medium-speed type.

Cold and hot primary air dries the coal and transports it to the burners via pulverised coal piping. The thirty burners are of dual flow, low NOx type with a swirled air flow, and are arranged in opposed firing configuration in five rows. Light fuel oil is used for start-up. The draft system is of balance-draft type and consists of two primary air fans, forced-draft fans, regenerative air preheaters and induced-draft fans, plus all connecting ducts up to the 200m tall chimney (reinforced concrete, with three steel flues).

The steam turbine has main steam conditions of 167 bar(a) and 538°C. The tandem-compound turbine has a single-flow HP cylinder, double-flow IP cylinders and four-flow LP cylinder. Reheated steam is admitted to the IP section at 38 bar(a) and 566°C through two combined-reheat stop and intercept valves. The steam exhausts from the IP to the LP section at the generator end via a crossover pipe. The LP section is of two double-flow construction. It exhausts downward to the condenser.

The emission limits for Tanjung Bin are equal to or significantly lower than World Bank guidelines, see Table 2. The flue gas is treated in electrostatic precipitators (ESPs) and a flue gas desulphurisation plant (FGD), while the emissions limits for CO and NOx are met by the advanced low NOx burners.

The FGD process uses seawater’s inherent ability to absorb and neutralise the sulphur dioxide of the flue gas. The flue gas is routed to the absorber where flue gas and seawater are brought into contact in a counter-current flow. After reaction with the seawater, the desulphurised clean flue gas exhaust is emitted to the atmosphere via the stack. The seawater used in the FGD unit will be treated before it is discharged, first in a mixing chamber process where acidic absorber effluent and additional seawater are mixed to neutralise the pH and then in an aeration basin process where oxidation of SO2 to sulphate, pH neutralisation and oxygen saturation of the liquid are carried out.

The ash-handling system consists of submerged scraper conveyors (SSCs), which are used to remove ash from the boiler bottom hopper and transport it via crushers to the bottom-ash silo. From this silo the ash will be transported by ash slurry systems with a recirculating-water system to the ash pond. The fly-ash handling system carries fly ash pneumatically from the other boiler hoppers and the ESP to the fly-ash silo. From the fly-ash silo, the fly-ash will be loaded onto dump trucks for reuse or brought to the ash pond.

An ion exchange system provides the demineralised water for power plant operations. The waste water treatment plant is designed to treat all effluents produced from the plant to comply with the environmental regulations.

The human/machine interface will be centralised in the central control room (CCR) to provide the overall plant control, monitoring, alarm and event functions. The operator will be able to control and monitor all plant equipment except for the coal handling system, which has a separate control room.

A distributed control system will be used for the main plant control while PLCs will be used for the balance of plant control such as water treatment, main cooling water, etc. An interface will be provided between DCS and PLC to enable the operator in the CCR to monitor the whole plant process areas. The control systems are designed on a hierarchical basis: unit, group, sub-group and drive level.

Each generator, which is equipped with static isolation system, is completely enclosed and uses hydrogen as the cooling medium for the rotor section. The stator winding is directly cooled by demineralised water.

Part of the output from each generator provides the auxiliary power supply to the power plant through the unit auxiliary transformer, for internal consumption. Each unit has an interconnection to the common facilities supply. These connections can also be used to start one unit from another without having to draw power from the public grid.

The first major milestone for the Tanjung Bin project was the signing of the power purchase agreement (PPA) on 25 July 2002. On the same day, the coal supply and transport agreement and transmission works agreement were also signed. The EPC contract with Sumitomo-Zelan Consortium was signed exactly one year later. Financial closure was achieved in the middle of November 2003.

At the time of writing, the site preparation measures, which were provided in a separate contract, had been largely completed, and the first EPC contract site activities were underway, as well as design and engineering review activities.

The planned commercial operation dates for the three units are August 2006, February 2007 and August 2007, respectively, by which time Tanjung Bin will be making its major contribution to the Malaysian “five-fuel policy”.