Spring into action – the rise of coiled tubing

Coiled tubing has been around for some time, but until recently it was on the sidelines of mainstream oil and gas activities. Shirley Accini talks to Michael Taggart, chairman of ICoTA, about the developments that have enabled a wider range of applications for coiled tubing, thus making it one of the fastest-growing segments of the industry. 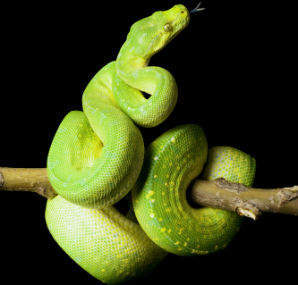 Boom time may be over for the oil and gas industry, but as the search continues for dwindling energy resources, the opportunities for coiled tubing expand.

Coiled tubing is used for a wide array of well-service and workover applications. Since its introduction in the 1940s (when it was used as a means to transport fuel from the UK to mainland Europe during the Second World War), it has gained a highly successful track record in well services and workovers – which remain the bulk of its activities – with tasks such as cleaning, fluid circulation, milling, pumping and, more recently, drilling, completions, logging and data analysis.

As a long, continuous steel conduit, the technology’s inherent characteristics – small diameter, stiffness, quick set-up, fast rig-in and rig-out, flexibility and depth-specific capabilities – give it operational and economic advantages over traditional wireline operations, such as the ability to pump fluids through the coil and to be pushed into the hole, whereas wirelines are dependent on gravity. And as the industry explores hard-to-reach energy sources, technological developments have widened its range of uses, resulting in it becoming one of the fastest-growing segments of the oilfield services sector.

As manufacturing techniques have improved over the years, coiled tubing is being produced in increasingly greater lengths, which, along with the above characteristics, make it ideal for penetrating hard-to-reach horizontal areas. But some wells are so long and awkward that even this highly effective penetration method needs assistance.

"There’s been a shift in the industry, where the use of tractors has allowed coiled tubing to move even deeper into highly deviated wells," explains Michael Taggart, chairman of the Intervention & Coiled Tubing Association’s (ICoTA’s) European chapter, and engineering manager at Baker Hughes.

In particularly long wells, tractors can be deployed on the downhole end of the string and are powered by hydraulic motors that are driven by the flow of fluid through the tubing. They also have the ability to pull or push, as directed by computer control systems on the surface.

Although power tractors have been around for a few years, continuous innovation means that they are becoming more accurate and retractable, enabling it to do more tasks like run logging strings, carry milling tools, and remove plugs and other restrictions in the wellbore.

They also reduce the risk of the coil buckling, wall friction and lock-up, which can limit the coil’s lateral reach.

"Tractors have a large impact, although, globally, I’m not sure by how much," says Taggart. "There are a few areas that have extremely long wells; for example, tractors have been used with coiled tubing at Sakhalin Island in Russia, where the well is so long that it needs them to get the coil in."

Other tools that help move the coil along the lateral to the wellbore are lubricants, which restrict friction forces, and agitator vibration tools – also known as water hammer tools – which operate like a roadside digger, using a reciprocating weight to add impact.

"These tools work as fluids such as lubricants are pumped through it, sending vibrations along the length of the coiled tubing," Taggart explains. "This helps lower the risk of helical lock-up, and reduces friction between the tube and the casing wall, allowing the coil to move farther along. They also aid the recovery of bridge plugs in shale formations, and bring efficiencies in milling and bridge plugs."

Tapered strings also enable deeper penetration into the wellbore, although each string is not actually tapered; rather, the coil itself is made of larger-diameter sections near the top with gradually smaller sizes towards the bottom, allowing the coil to ‘nose’ into narrow cracks.

But working with coiled tubing is not without its challenges. It has a working lifespan of about two to three years because of the vigorous handling it endures: manufactured to be spooled onto a reel, it is then straightened to enter the well, and manipulated to access deviated high-pressure, high-temperature areas, pumping corrosive chemicals and fluids, which all contribute to metal fatigue. And, while its small diameter size means that it can reach into narrow and awkward spaces, that very asset also increases the chance of lock-up, loss of stiffness and buckling.

Another challenge lies in the growing number of horizontal wells requiring intervention, which is driving the increase in coiled tubing’s length and diameter size, and in turn increases its weight. Ten years ago, the average diameter was 1.5in; now, tubing can come in anything from 0.75-4.5in, with lengths reaching over 20,000ft. While the bigger sizes enhance the tubing’s stiffness, thereby allowing it to reach further into wells, the downside is that it adds weight to the operation, in onshore and offshore applications, as Taggart explains.

"On land, there are weight restrictions on roads, while, offshore, it all depends on the crane’s capabilities," he says. "For example, the North Sea doesn’t lend itself to lifting heavy equipment. We tend to spool the coil from the vessel to the platform, pulling the coil across the water without the need for lifting."

With weight such a crucial factor, there have been investigations into using lighter materials to manufacture coiled tubing. Low-alloy steel is the material of choice, thanks to its cost-effectiveness and wide availability, but other materials such as aluminium and composite fibres have been put forward as alternatives.

"These are all valid materials, but they tend to be more expensive than steel," explains Taggart. "They have advantages and disadvantages: for example, you can have lighter coils made from aluminium, but how long will they last? And then you have to look at their corrosion abilities and competencies. Steel is readily available and more economical on a tube."

Geographically, along with North America, the potential for coiled tubing lies in the Middle East and Africa, says Taggart, although growth in Africa has been restricted by the difficulties in operating there.

"Coiled tubing will follow the oil and gas industry where operating margins allow it," he says. "That includes deepwater plays, Greenland, the Falklands and other isolated areas."

But it’s in the industry’s move into unconventional gas production, including shale, tight-gas-sand and coal-bed-methane wells, that coiled tubing is playing an instrumental role, particularly in North America. According to ICoTA figures, in 2013, the US had 568 coiled tubing rigs, while Canada had 341, which, when combined, make up almost 50% of the 2,002 rigs in use worldwide (see figure). The association also states that revenue from coiled tubing fracturing and drilling applications has grown by 15% during the last ten years.

"Shale gas extraction using hydraulic fracturing is one of the fastest-growing activities for coiled tubing, particularly in the US, Eastern Europe and Russia," says Taggart. "That will largely be fracking, with the coil being used for clearing with proppants and for setting isolation plugs."

Fracking with coiled tubing involves flushing an abrasive slurry of sand, water and chemicals under great pressure into the bore to make hairline cracks in the rock, with the sand keeping the cracks open. The fluid is pumped back up to open the bore, to allow the gas or oil to flow up. The coiled tubing work string also allows the use of a frac plug that can be repositioned to isolate each stage for stimulation, which can be done in multistage completion operations.

Drilling is also an area that is now part of the coiled tubing repertoire, with success seen in Alaska, Canada and the Middle East. Introduced in the 1990s, mainly for re-entering existing wells to increase recovery from mature fields, coiled tubing’s advantages over conventional drilling are that it is more economical, it can move more easily, it can drill underbalanced with a smaller rig, and it has less impact on the environment. And, with larger diameters and increased stiffness, it is increasingly being used to drill new directional and horizontal wells.

Another growing area of activity is logging and data acquisition.

"The Achilles heel of working in long wells is accuracy of depth because it is very difficult to work out what is happening downhole," says Taggart. "A logging cable is installed in the coil with flowline tools to record data that gives us an enhanced understanding of what’s going on."

For example, if the coiled tubing comes across a blockage, the operator can see what type it is and then work out the best way to remove it and so gain better access to the well.

"With this data, the communication back to onshore data centres is straightforward; there are no marginal pieces of equipment and no need for a wireline," he adds.

This also results in advantages such as time-saving and the reduced need for personnel at the well site.

"The industry is working to push that," says Taggart. "For example, recently, there have been incidents with the helicopters used to transport workers to and from the well sites failing, so there’s a wish to remove as many people from the well site as possible, which will also result in long-term savings.

"The challenge we have is not the coil equipment itself; it’s the fact that it is mobile and therefore not fixed onto the platform. On some jobs, we can see all the data for the unit. There are companies working on producing data management systems, so that everything happening offshore will be managed onshore. There are also investigations into trying to operate equipment from onshore, although that’s a long way off, especially for such heavy-lift and labour-intensive operations. The technology is there, but needs massive investment and commitment from clients to make it happen."

As oil and gas supplies dwindle, and the industry’s activities turn to re-entering mature wells, drilling new horizontal wells, and targeting oil shale and gas, along with its logging and data-monitoring capabilities, it seems that coiled tubing is one area of oilfield services that has a long future ahead of it.