Pumped storage hydropower activity is increasing in the US, alongside demands for renewable energy. Engineering firm MWH Global has provided specialized expertise worldwide in this area for more than 50 years. Here are highlights of some of the largest and most recent project developments. 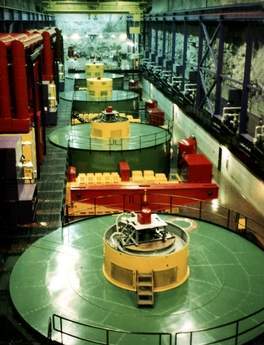 Viewed as one of the only economically viable forms of large-scale energy storage, pumped storage hydropower plays a key role in the energy grid. It’s a technology that can provide balance, energy reserves and grid stability. Various sources cite worldwide generation topping 127000MW, and according to the US Energy Information Administration, pumped storage generates more than 20000MW of energy in the US, enough to power more than 7 million homes. Beyond energy generation, the unique characteristics and benefits of pumped storage make it a clean, low-energy component of the energy grid, an important consideration as many countries focus on mitigating the effects of climate change.

As many states work toward meeting renewable energy mandates, pumped storage is also primed to complement more intermittent renewable energy sources such as wind and solar. For example, a study released in 2009 by global engineering firm MWH Global details how pumped storage can support anticipated aggressive growth in wind power generation in the Pacific Northwest for Bonneville Power Authority, which supplies a third of the power consumed in that region.

Many existing pumped storage facilities are decades old, and are undergoing rehabilitation to extend plant life and increase capacity and/or efficiency. New construction of pumped storage hydropower is coming off a 15-year lag for major facilities, and more than 20 projects are currently in the FERC permitting process.

“Deploying advanced hydropower, including using water to store energy, will help meet peak electricity demands,” says Steven Chu, Secretary of the US Department of Energy (DOE) during a recent announcement committing more than $10 million of technical and financial assistance from the DOE to accelerate development of projects already in the pipeline. “[It will also] provide additional clean energy sources for America’s future.”

As momentum shifts towards an increase of pumped storage activity in the US, we highlight some of the largest and most recent developments of this innovative energy source, including projects planned, designed and managed by MWH, which designed the largest pumped storage facility in the world and has been involved in more than 15000MW of projects in the US ranging from 40 to nearly 2800MW.

The project consists of a 47Mm3 upper reservoir impounded by a 140m high, 671m-long central core earth and rock-fill dam and a 38Mm3 lower reservoir impounded by a 41m-high, 732m-long central core earth and rock-fill lower dam. The project has 365m of head. The power tunnel and penstock system, connecting the upper and lower reservoirs via the powerhouse, is comprised of three power tunnels with a diameter of 8.7m and three 300m-high shafts. The tunnel/penstock system includes 7.2km of tunnels. The powerhouse is equipped with six 462MW vertical reversible Francis unit turbines manufactured by Allis Chalmers. Excavation of the powerhouse required removal of about 380,000m3 of rock, with rock cuts in the excavation ranging from 21 to 104m.

As construction of the facility was nearing completion, and just days prior to putting the station online, a 500-year-flood accompanied Hurricane Juan, which came on shore and settled over the region filling the reservoir much more quickly than planned. It was a nervous time for engineers who preferred to raise water levels more slowly to ensure that the dam would respond as projected.

The Rocky Mountain Pumped Storage project in Rome, Georgia is the last utility grade pumped storage project constructed in the US. Completed in 1996, and generating 848MW of hydroelectric power from three reversible pump/turbine-motor/generator units, an upgrade is currently underway to increase generating capacity to approximately 1050MW. The upgrade will also realize increased efficiency (plant cycle efficiency will increase from 77.2% to 78.3%), increased pumping capacity, and reduce the daily pumping period from 8.2 to 7.2 hours.

Castaic generates 1275MW of electricity, and is the largest pumped storage facility in California. When at full power, the plant generates approximately 20% of the electricity needed to power Los Angeles on even the hottest of days.

Located approximately 35 miles (56km) north of Los Angeles, the plant utilizes Pyramid Lake as the upper reservoir and Castaic Lake as the lower reservoir, which also serve as recreational and water supply sources for Southern California and is part of the California State Water Project. Water flows 7.5 miles (12km) from Pyramid Lake through the powerhouse. The powerhouse includes six Hitachi reversible pump-turbines and Hitachi generator motors, rated at 270MW each, and one Escher-Wyss Pelton turbine rated at 54MW. Castaic has a generating capacity of 17,840ft3/sec (505m3/sec) and pump-back flow capacity of 12,000ft3/sec (339.8m3/sec).

The planned 400MW Iowa Hill Pumped Storage Project near Sacramento, California is the pumped storage project currently the furthest along in the Federal Energy Regulatory Commission (FERC) licensing process. It is a proposed off-stream pumped storage facility that will use the existing Slab Creek Reservoir as the lower reservoir and develop a new 6400-acre-foot capacity upper reservoir with a surface area of 72 acres on the top of Iowa Hill.

The project has the ability to improve the reliability and stability of Sacramento Municipal Utility District’s electrical system to better meet future energy demands in the area.

The 435MW Seneca pumped storage station is located on the Allegheny River in Pennsylvania. The project – operated by First Energy Corporation – utilizes the Allegheny Reservoir (owned by the US Army Corps of Engineers) as the lower reservoir and an asphalt-lined upper reservoir on a sandstone plateau about 800ft (243m) above the river, formed by a circular ring dike about one-half mile in diameter.

MWH performed original design on the project, which was put into service in 1970 and has continued to provide owner’s engineering and dam safety services. Recently MWH prepared final designs, plans and specifications for relining of the aging asphalt-concrete side slopes and floor of the upper reservoir. MWH is also providing engineering support services during the floor relining construction, which is taking place during a plant outage for plant refurbishment and upgrades.

MWH performed an expansion study in 1990, evaluating alternatives and developing cost estimates for expanding the project by enlarging the upper and lower reservoirs and adding up to three additional generating units. MWH began work in the subsequent upgrade in 1989, which increased generating capacity by 70MW, increasing station capacity by more than 20%, pumping capacity by 6.5%, and energy storage in the upper reservoir by 6.5%. Most recently, MWH performed services on the turbine-generator equipment, penstock and performed dam safety and tunnel inspections.