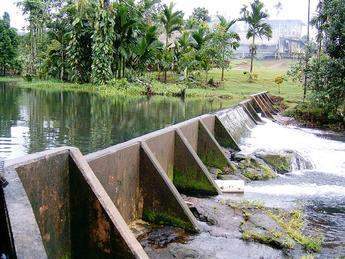 THE Solomon Islands are located in the South Pacific ocean, off the coast of Papua New Guinea. The region is isolated from overseas markets, main shipping and air routes and from other Pacific Nations. Five of the South Pacific nation states are classified as ‘least developed’, including the Solomon Islands. Economically, government and civil institutions are spread thin over large areas on the islands, and what human resources do exist are largely undeveloped, hindering economic development. External pressures for structural reform, individual land titling, and privatisation extend from neighbouring economic powers Australia and New Zealand. Much foreign assistance to date has focused on top-down solutions for a problem that really needs rural based sustainable development; recent programmes of rural-oriented assistance have been challenged by logistics, transaction costs and the mismatch of objectives across cultural divides.

Decades of experience indicates mainstream energy policies, emanating from developed countries, do not transplant – the differences are too vast. They require an entrepreneurial middle class in society; assume significant private sector economic linkages like outlets for products in hardware/trade stores with enough customers and cash to pay tariffs and tariff collection agencies; they rely on infrastructure including transport, distribution systems, markets for rural products and institutional structures; banking and credit frameworks as well as political structures such as functioning and trusted government agencies that support rural outreach.

In instances where a rural electrification system has been implanted by government or an external agency, the local community is left with little awareness or capital for electrical applications; too few customers are able to connect; too few added skills or employment opportunities are generated along with social disunity, jealousies, and resentments about resource usage. Simultaneously, the investor or government instrumentality is left with high operational and maintenance costs, minimal tariff revenue, continuing subsidies, legal disputes regarding land and water resources, loan payments on capital that cannot be honoured and minimal technology transfer.

An eight-step model evolved from the experience of early village-based systems, implemented by Australia’s APACE Village First Electric Group (VFEG), a division of Earth Trust (www.apace.uts.edu.au). APACE VFEG is a team of local experienced energy leaders, plus Australian volunteers advisors and researchers. The community is the major instigator and investor at each of the eight-steps, and there is local control, responsibility, and contribution. In the Solomon Islands it has, until recently, been coordinated by an indigenous council (SIVEC), inspired by rural people with community members but with government representation. Fieldwork is managed by the trained and experienced APACE VFEG Solomon Islands national team, with diminishing Australian assistance.

As a result, of this project seven rural hydroelectric power schemes have been commissioned in the Solomon Islands, as described in the Table. A further 65 rural Solomon Islands villages are also currently proceeding through eight-step project cycle, with 120 villages assessed. A further result is the National representative council (SIVEC), which was set up for rural energy on the ‘Village First’ model, with parliamentary endorsement. Sister councils PNGVEC and VanVEC are also being set up in PNG and Vanuatu, by citizens and local community leaders. These initiatives are Driven by local communities, funded through local entities, and are maintained without government or external subsidies.

• Sister Councils PNGVEC and VanVEC being set up in PNG and Vanuatu, by citizens and local community leaders.

Early experiences in installing and commissioning micro hydro systems represented significant learning opportunities for the Australian design teams as well as the Solomon Island communities. Technical barriers, such as lack of local (Pacific region) capacity and experience in micro hydro system component manufacturing had to be overcome, typically by engaging R&D resources of University of Technology, Sydney (UTS) engineering staff and students. The outcome is a complete set of purpose built system components that have seen continuous improvement over 20 years.

A key facet of these components is their operability by Solomon Island technicians, their reliability, and the ongoing technical support. Importantly, training of the local technicians, as well as years of experience, has resulted in considerable capacity development to the point where recent projects and upgrades have been completed with reduced or minimal involvement of the Australian team.

A rural-based Solomon Island company, PRESI Pty of Kolombangara Island, has recently been created to support the small number of operating schemes requiring spare parts and technical support for occasional more esoteric fault-finding. Partnered by Australian manufacturer Pelena Pty Ltd, the operation will nevertheless continue to struggle until the number of schemes builds to a significant number.

Presently, R&D activities are focused on improving the reliability of the alternator excitation control system, and identifying a new hardware platform for the ballast load frequency controller algorithm. Early experiences indicated the interaction between off-the-shelf AVR’s supplied with synchronous machines and the frequency-based load controller resulted in system instability. This instability has been modelled, and an alternative excitation system developed.

To date, all systems have been funded partly by donor organisations. Communities establish and collect tariffs from individual households, typically a flat rate according to the number of light fittings or power outlets in a dwelling. So far, the tariff set by communities is comparable to or less than the equivalent cost of providing kerosene for household lighting. Hence, money is saved and the environmental and health related impacts of kerosene lighting are avoided. The tariffs collected are used to cover operational and maintenance costs of the system, future upgrades or extensions.

Ideally, an income-generating consumer should be available for immediate connection once the system is commissioned. In the Bulelavata system, this was the local provincial high school, whose diesel generator based system had ceased operation due to increasing recurrent fuel costs, and ineffective maintenance regimes. A 3.3kV transmission line connects the village to the school, and kWh meters measure energy consumed as the school operates water heaters and tools in mechanical workshops as well as lighting and general purpose power. Although other sites have plans for utilisation such as coconut milling, freezers, clothing and furniture manufacturing, experience shows there are difficulties associated with the unique context of these systems in getting these income generating projects implemented.

Economic models, appropriate for the context, can deliver appropriate technology into remote rural communities. Difficulties arise around the broader issue of sustainable rural development, as these communities require access to more extensive equipment, resources, and markets. Local residents tend to set tariffs that ensure unity, including those families with little access to cash resources. Hence load factors rise very gradually, with little capital accumulation for effective investment. Since unity is essential for reasonable relations in a small community, effort needs to be made for inbuilt cash generation.

The legacy of a micro hydroelectric system implemented through the APACE VFEG eight-step model reaches far beyond the impacts of lighting and small power reticulated through a community. In Iriri (see table), successful agricultural based projects have been spawned from the experience and capacity building of community management structures afforded by the hydro project. The Vavanga community (see table) has successfully relocated their turbine house, 2km away from the original weir after it silted over following indiscriminant commercial logging operations.

Another lesson learnt is that institutional support and human capacity-building efforts need to be directed where the motivation lies. Donor organisations and development agencies should show flexibility and pragmatism, recognising that successful programmes (and the indicators chosen) vary across the Pacific.

The eight-step project cycle, outlined briefly here, is set to a recipient time clock, since each step requires a local initiative and local investment. Time scales can stretch to many years; for example, the community of Heupotasi in Small Malaita has recently completed their progressive fund-raising to support a step four feasibility study after four years of effort. Construction processes in step seven involve a dominant local involvement, with specific local hurdles at each stage. Local control of the process is so critical to sustainable operation that external supporters need to adjust their clocks to recipient capacities, and manage their investment accordingly.

The experiences outlined in this paper have involved a considerable number of volunteer professionals, community leaders, students and academics drawn from UTS, APACE, the private sector, Solomon society and elsewhere. In particular, Donnella Bryce has lead much of the vision and documentation that resulted in the eight-step project model.