At an April conference, key executives laid out a development plan for a Saudi civil nuclear energy industry 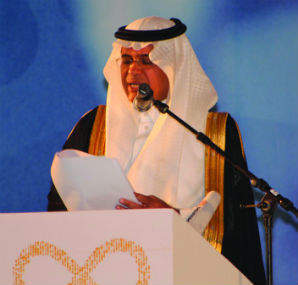 Half of Saudi Arabia’s 132 GW of electricity generation in 2030 will be low-carbon, and 15% (18 GW) will be nuclear, according to a presentation by Khalid Al-Sulaiman, vice president for renewable energy, at the Saudi Sustainable Energy Symposium in April. The largest renewable source will be, fittingly for a desert country, solar power (41 GW).

According to the presentation, the first three nuclear power reactors are scheduled to be online in 2021, 2022 and 2023, with progressively more until by 2030. First nuclear concrete is scheduled to be poured in early 2016, although construction preparation is set to start at the end of this year. A vendor shortlist is also due in late 2013, with contract award expected at the end of 2014.

At the end of 2012 the pre-project stage ended, and a three-year decision-making stage began. Since 2010, the country has been developing a nuclear regulator and nuclear regulatory framework, which is scheduled to be finished by the end of 2013. Also to be completed this year is the design and set-up of the country’s nuclear developer, which it is calling the Nuclear Holding Company. Key issues include establishing its business model, operating model and organizational structure, financing and legal considerations.

Saudi Arabia set up King Abdullah City for Atomic and Renewable Energy (K.A. CARE) in April 2010 as the country’s nuclear energy developer. In June 2010 K.A. CARE appointed Poyry to develop a nuclear power strategy, in November 2011 WorleyParsons to develop nuclear sites and tenders (according to the World Nuclear Association), and in September 2012 Oliver Wyman, Riyad Bank and BNP Paribas as an advisory council.

Of perhaps greatest interest, a circa-15 month procurement process is scheduled to begin in mid-2013. A Nuclear Execution Team (NExT) has been set up to supervise. It is developing a request for information document for potential vendors, will answer vendors’ questions, will develop a bid evaluation and vendor shortlisting process, and hire and train future operation managers and staff.

According to the presentation, a big part of K.A. CARE’s sourcing plans is localization: 60% of the nuclear spend would have some kind of localization requirements; only 40% would go to ‘non-localized opportunities’. The means to do this would include systematic technology transfer, licensing agreements, blueprint transfers, joint ventures, an industrialization programme based on the development of local manufacturing plants, a plan to develop EPC (engineering, procurement, construction) capabilities and a focus on operations and maintenance (which has a fast learning curve), plans to set up personnel shadowing and training programmes and centres.

The localization process is envisaged to pan out in three waves. The first, starting from 2014-2023, will cover small-scale non-nuclear grade components such as heat exchangers and switchgears; construction (raw materials and labour); non-nuclear grade pipes and pumps. The second wave of localization, lasting until 2032, would include nuclear-grade pipes, all types of valves, nuclear-grade pumps, and control rod drive mechanisms. The third wave, lasting until 2045, would include skilled construction labour and construction equipment, and engineering jobs with nuclear expertise. The end goal, at some point after 2045, would be for self-reliance in nuclear turbines, reactor design, heavy-forged nuclear components and emergency diesel generators.