Rotterdam: aiming to be the CO2 capital and hub of Europe 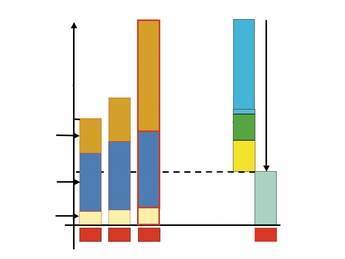 The Rotterdam region, one of the world’s largest industrial zones, built on a foundation of fossil fuels, has set itself the ambitious target of halving its carbon dioxide emissions by 2025 relative to 1990 levels, while at the same time capitalising on the business opportunities that climate change mitigation technologies are seen to present – with the intention of, at the same time, strengthening the local economy, growing both in terms of size and quality of life.

In January 2007, the City of Rotterdam, the Port of Rotterdam, Deltalinqs (an organisation representing industrial enterprises in the region) and DCMR Milieudienst Rijnmond (the Rijnmond (literally “Rhine mouth”) environmental protection agency), announced they were joining forces to form the RCI and participate in the Clinton Climate Initiative.

Rotterdam, located on the lowest delta in Europe, also has a vested interest in the potential consequences of climate change, notably flooding, and has said it will in addition be “100% climate proof by 2025”, as well as providing a healthy and attractive living environment.

The Rotterdam Climate Initiative has basically four themes: energy conservation and efficiency; sustainable energy, including wind power; adaptation to climate change (eg via flood proofing and floating districts); and carbon capture and storage, with the stated intention of becoming “the CO2 capital of Europe” and plans to become a hub for the storage and transport of carbon dioxide emitted, not just in the Rotterdam area, but elsewhere in the Netherlands, and beyond, for example in the Antwerp region and the Ruhr.

The annual carbon dioxide emissions for the Rotterdam region in 2005 (with some 2040 MWe of fossil fired installed capacity) were around 29 million t (compared with 24 million t in 1990), about 16% of the Dutch total. “Business as usual” would result in carbon dioxide emissions of about 46 million t in 2025. This assumes an increase in the carbon dioxide emitted by fossil generation from around 10 million t/y (corresponding to two pulverised coal plants) to 25 million t. The new fossil power plants contributing to this postulated increase are two supercritical pulverised coal /biomass units currently being constructed by E.ON and GDF Suez (Electrabel), both located on the Maasvlakte (reclaimed land), Enecogen’s new 870 MWe combined cycle plant, also under construction, in the Europoort region (see MPS, November 2009, pp 21-22), together with a new IGCC being planned by C.Gen.

The Rotterdam Climate Initiative’s target for 2025 is to reduce carbon dioxide emissions to a mere 12 million t – ie half the 1990 figure – even with “the growth of the city and port and construction of new power stations.” As the graph above shows carbon capture and storage is envisaged to play a crucial role in achieving this objective, accounting for about 20 million t of the 34 million t reduction (relative to business as usual).

Plans in the pipeline

When it comes to being a carbon dioxide transport hub Rotterdam has the edge on most other places in that it already has an operating carbon dioxide pipeline and distribution network, called OCAP, taking CO2 from the Shell Pernis refinery (where it is produced in large quantities as a byproduct of hydrogen manufacture) and distributing it to greenhouses. Dutch horticulturists are already well used to employing additional carbon dioxide in their greenhouses to enhance plant growth, the CO2 normally coming from the flue gases of natural gas fired heating boilers and/or CHP facilities. In the Rotterdam region E.ON’s RoCa3 cogeneration plant provides a good example of such a facility, while Air Liquide is already delivering carbon dioxide by road to greenhouses in the area.

OCAP (Organic Carbon Dioxide for Assimilation of Plants), a 100 million euro joint venture between Linde Gas Benelux and VolkerWessels, uses an existing pipeline (running from Rotterdam to the port area of Amsterdam), plus a new distribution network, to supply 300 000 t/y of pure pressurised CO2 (with a total flow of about 160 t/h) to around 500 horticultural companies cultivating between them about 1300 hectares under glass between Rotterdam and the Hague.

OCAP, and its extension, both inland and offshore, provides a good basis for the Rotterdam Climate Initiative, and one of the early initial goals of RCI is to work with OCAP to extend the network to greenhouses in the Rotterdam area. Later this year a new carbon dioxide source, Abengoa’s bioethanol facility, is expected to be connected to the pipeline, with other CO2 emitters to be added subsequently, eg, Air Products, Air Liquide and a waste incineration facility.

In the future it is planned to extend the CO2 pipeline to the north sea, and inland to Barendrecht, Moerdijk, and Antwerp.

At Barendrecht there is an onshore gas field where Shell wants to construct an underground CO2 storage facility (0.2 million t/y), although it has run into considerable opposition. The project was approved by the Dutch parliament in January but remains a hot political issue.

Other key steps in the current CCS “road map” for the Rotterdam Climate Initiative include getting several CCS demonstration plants into operation, capturing around 5 million t CO2 per year by 2015. Full scale CCS on power plants in the region (15 million CO2 t/y) is envisaged by about 2020, followed by retrofitting of “existing industrial sources” by around 2025. From about 2015 import of CO2 from Germany and Belgium is envisaged.

Another recent important step forward for the Rotterdam Climate Initiative was the selection of a proposed CCS demonstration project at E.ON’s coal plant (Maasvlakte Power Plant unit 3 (MPP3)) currently under construction on the Maasvlakte for funding under the EU’s EEPR (European Energy Programme for Recovery) programme. It was in fact a joint application with GDF Suez (Electrabel), whose coal plant construction project is on an adjacent site. The MPP3 proposal envisages 250 MW equivalent (1.2 million t/y CO2) of post combustion capture with the carbon dioxide piped 25 km offshore to the P18 gas field. The project could serve as a nucleus for the proposed CO2 hub, with the adjoining GDF Suez project also being connected to the pipeline in due course.

There is already a test post combustion carbon capture facility planned at one of the two existing E.ON coal plants on the Maasvlakte. This part of the CATO2 project, which is a major part of the Dutch national research effort on CCS.

Another important recent development for the Rotterdam Climate Initiative has been in the area of carbon dioxide temporary storage and logistics, with the signing of a co-operation agreement between the City of Rotterdam (RCI partner) with: Vopak (bulk tank storage provider); Anthony Veder (liquefied-gas ship transport specialist, which has developed a ship that is able to unload CO2 offshore into gas fields and operational oil fields, independent of the existing infrastructure); Air Liquide (CO2 purification and liquefaction technology provider); and Gasunie (provider of gas infrastructure (including pipework). The new agreement is focused on: temporary storage of CO2 in a new transit hub; transport of CO2 to depleted gas fields in the North Sea by pipeline or by ship (see diagram, left).

Five process steps are envisaged: CO2 capture; transport of the captured, ‘pure’ CO2 gas to the planned CO2 hub in gaseous or liquid form; from the hub, the gaseous CO2 is transported to depleted gas fields through a pipeline, or is condensed into a liquid at the hub and stored temporarily in reservoirs; liquefied CO2 is transferred into special ocean-going vessels; the ship takes the CO2 to the injection point at sea, and links up with a redundant gas field for permanent storage.

A future priority for the Rotterdam Climate Initiative will be supporting local CCS projects, eg the proposed C.Gen IGCC plant in obtaining funding under the New Entrants Reserve (NER) of the EU Emissions Trading Scheme. This effort will also include process industry projects, eg involving Corus (which is actually the biggest carbon dioxide emitter in Rotterdam) and the chemical industry.

Another key present preoccupation is identification of the most promising near term storage sites and their independent review, with the aim of reducing risks and providing more accurate cost estimates. This is seen as a critical path item for realisation of large scale CCS projects by 2015, the EU’s required timetable for funding support.

RCI is leading a consortium on independent storage assessment, which includes oil and gas companies and big emitters in Rotterdam and the western part of the Netherlands.