GlobalData presents a report on the Lucapa field, located in the deepwater Block 14 within the Lower Congo Basin offshore Angola, to analyse its current state and future yields. 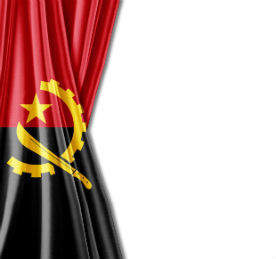 The Lucapa field, offshore Angola, is reported to be under consideration for future development, although decisions regarding the project have been delayed due to the fall in the oil price. In mid-2015, it was reported that the front-end engineering design activities had been completed and early preparation for field infrastructure was under way. In Q1 2016, the participants reported that field development designs in Block 14 were being re-evaluated. No announcements regarding possible sanction dates for Lucapa have been made, although the contractual first oil date was reported to be in 2016.

Lucapa is part of Block 14 and operated by Cabinda Gulf Oil Company, a subsidiary of Chevron. The discovery of the Lucapa field was announced in 2007 and the development area was granted in 2010, after successful appraisal of the field. Since then, the participants have conducted preliminary development studies but have not specified a target date for the final investment decision.

In 2011, Galp Energia, a minor stakeholder in the licence, reported that the contractual first oil date was in 2016. Although the development will not meet this condition it may be granted an extension at the discretion of Angola’s state-owned oil company, Sonangol Pesquisa e Producao. In 2014, Galp Energia was expecting first production from Lucapa to be in 2020, indicating the licence could be extended. However, there has been little progress since then and the participants will be under pressure from the concessionaire to develop the field.

Lucapa is similar to other deep-water developments in Angola in many respects. The geology is characteristic of the region, with compartmentalised reservoirs formed from turbidite channel systems containing medium-API oil.

The development concept is also typical for Angola, with a central floating production, storage and offloading vessel producing from subsea clusters. Similar fields have been successfully developed in recent years; however, Chevron may not be willing to risk the investment required to develop the field in the current market. It is in the later stages of multiple megaprojects in Angola and is expected to focus on less-capital-intensive projects, with relatively short development cycles, over the next few years.

If the development cost and oil price become more closely aligned over the next few years and Lucapa is sanctioned, it would increase Chevron’s net daily entitlement of crude oil in Angola by approximately 20% at peak production. Reducing the cost of development by around 15% would yield an internal rate of return of 15% at a crude oil price of $65 a barrel.

Lucapa is a pre-sanction project in Angola’s Block 14, which is classified as a deep-water licence area. It is located in 90-1,800m water depth, approximately 100km offshore Cabinda, and the development area covers 430km2. The project is currently operated by Cabinda Gulf Operating Company (CABGOC), which is wholly owned by Chevron, and owns 31% interest in the Block 14 Production Sharing Agreement (PSA). It was awarded the licence for Block 14 in February 1995 and has been operating there continuously since the award.

In 2012, Inpex bought a 49.95 % share of Total’s affiliate company, giving it a 9.99% indirect interest in the licence. The current development area licence for Lucapa is estimated to expire in 2035, based on the standard PSA terms allowing a 25-year licence from the award date of the development area.

Since the licence was awarded in 1995, there have been 11 discoveries in Block 14. Lucapa was the tenth of these discoveries. Six exploration and appraisal (E&A) wells were drilled at Lucapa to assess the field. Lucapa 1 was drilled in October 2006 and announced in January 2007. It was drilled in 1,201m water depth to a total vertical depth of 3,340m. The well discovered over 85m of net pay and flowed commercial rates of oil during testing.

Two appraisal wells were drilled at Lucapa, one in 2007 and one in 2008, discovering a deeper secondary reservoir. Two satellite exploration wells were also drilled in 2008, but they did not find commercial hydrocarbons. The final exploration well was successfully drilled in 2010. The appraisal period was completed in 2010 and a development area was granted for Lucapa. Analysis of the appraisal data indicated that the field is similar to the Tombua-Landana (TL) and Benguela-Belize Lobito-Tomboco (BBLT) developments, which are currently in production in Block 14.

Lucapa is expected to be developed with subsea wells and a floating, production, storage and offloading (FPSO) vessel. The front-end engineering design (FEED) study was carried out by WorleyParsons. It was started in mid-2012 and completed in mid-2014. The study was originally planned to start in 2010 but slow progress on studies evaluating the development alternatives delayed the FEED stage of the project.

The licence holders are working on implementing cost-reduction initiatives and have not set a planned sanction date for the project. However, with the contractual limit for first oil due to expire in 2016, the participants are expected to be under some pressure to show progress at Lucapa. It is assumed the final investment decision (FID) will be taken by late 2018.

The conceptual development plan includes 17 subsea wells. This is assumed to include 11 producers and six injectors arranged in five clusters, based on TL and BBLT. Development drilling at the field is estimated to start in 2020 and be completed by the end of 2023. It is assumed 14 new wells will be drilled, while three of the E&A wells will be recompleted as development wells. The wells will use subsea production systems (SPS), tied back to an FPSO with 80,000 barrels per day (bpd) oil production processing capacity. It is assumed that the FPSO will be converted from an existing vessel and leased by the participants.

The FPSO is planned to be moored in 1,219m water depth. It is estimated that approximately 25km of subsea umbilicals, risers and flowlines (SURF) will be used to connect the subsea infrastructure to the FPSO. Installation work at the field is assumed to be completed by the end of 2022. The processed commodities are expected to be exported to different locations using existing infrastructure. The crude oil will be sent to the Malongo terminal onshore Cabinda and the natural gas will be fed into the Congo River Canyon Crossing Pipeline for delivery to the Angola Liquefied Natural Gas (LNG) plant in Soyo.

Recoverable reserves for Lucapa have not been publicised, but are estimated to include approximately 280 million barrels (mmbbl) of crude oil and 150 billion cubic feet (bcf) of natural gas for export, based on the expected peak production and modelled decline of the wells. The recovery strategy is expected to be based on maintaining pressure support using water injection.

Lucapa is assumed to start production in early 2023, based on an estimated FID for the project in 2018 and expected development timeframes reported by the participants. First-year average production is forecast to be around 50,000bd from seven producers and three injectors. Peak oil production from Lucapa is predicted to be in 2024 at approximately 80,000bpd, based on the operator’s conceptual design, the assumed drilling schedule and estimated well profile. The average initial flow rate for each well is projected at 7,300bpd, based on flow rates from TL and BBLT. The associated natural gas is expected to be piped to the Angola LNG project in Soyo via the Congo River Canyon Crossing Pipeline.