In its country report assessing Poland’s energy policies, the IEA concludes that although the country is responding well to the challenge of energy transition, more needs to be done, particularly in reducing coal burn. Staff report 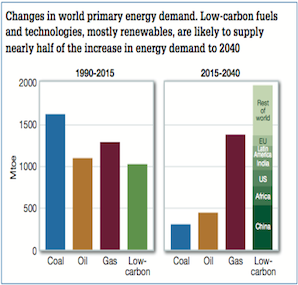 Poland’s energy strategy needs to put the country on a pathway towards a cleaner energy system while strengthening energy security, the International Energy Agency said in its latest review of the country’s energy policies. The government’s forthcoming new energy strategy, expected during 2017, is likely to prioritise long-term energy security, placing a strong emphasis on reducing greenhouse gas emissions and air pollution, increasing energy efficiency and decarbonising the transport system, but it will require significant investments to reduce the share of carbon-intensive power plants and increase the share of low-carbon energy, including nuclear energy and renewables. This is the opinion of the IEA, as stated by Dr Fatih Birol, the IEA’s executive director, at the launch in January of Energy Policies of IEA Countries: Poland 2016 Review.

Dr Birol also noted that Poland is investing in nuclear energy capacity in order to strengthen its energy independence, security of supply and reduce GHG emissions. The IEA review highlights the need to develop a skilled workforce and the mechanisms for financing the construction and operation of the new nuclear power plants as soon as possible.

The review also notes the government position on coal – against a background of rapidly reducing coal use in the world at large it will remain the cornerstone of Poland’s energy system for some time to come. The mining sector is a major source of employment, and policies affecting the sector have a great social and regional impact.

The long-term role of coal in Poland therefore remains a major concern. Coal combustion is the largest source of GHGs and local air pollution. Many of the coal-fired power plants are old and inefficient. Their replacement by newer technology represents an economic challenge for the sector, but at the same time offers an opportunity to reduce GHG emissions, air pollution and the carbon footprint from power generation. Coal use in household heating, together with waste burning, is also a major source of local air pollution and, said Dr Birol, “the government must ensure that less-well-off households are provided with the means to switch to cleaner solutions”.

Poland’s energy efficiency policies have been strengthened by the adoption of measures such as its White Certificate scheme, and have incentivised industry to increase energy savings. These measures represent a solid starting point, but the government needs to broaden the scheme while at the same time developing and implementing new measures aimed at the buildings sector. In the electricity sector, Poland must step up investment in new generation and strengthen interconnections with neighbouring countries if the future demand for electricity is to be met.

Dr Birol also highlighted recent changes in siting regulations and reductions in the support mechanisms for renewable energy which have created uncertainty, and have had negative implications for investor confidence. “The future of renewable energy in Poland looks uncertain” Dr Birol added. On the other hand, he welcomed the country’s decision to pursue nuclear energy as a means to reduce emissions and strengthen energy security while highlighting the importance of making the correct technology and partner choice in a timely manner.

While the country has experienced strong growth in renewable energy over the past decade, the future looks uncertain. The new energy strategy will require significant investments to reduce the share of carbon-intensive power plants and increase the share of low-carbon energy. While the Polish energy infrastructure has been modernised, further investments are needed to strengthen integration with neighbouring markets.

Since its last in-depth review in 2011, says the IEA, Poland has continued to make progress in the development and implementation of energy policy. Some key policy recommendations contained in the last IDR, most notably the need to enhance energy security and strengthen energy efficiency, have been implemented. The government is revising and updating its energy strategy to take into account, among other things, recent decisions made on European Union climate and energy policy. Meanwhile, energy remains high on the government’s agenda, evidenced by its establishment of a new Ministry of Energy to oversee policy development.

Poland is less supportive of this transformation, seeing fossil fuels as a fundamental element of its energy system for the long term. Nonetheless, its government has placed a strong emphasis on implementing green policies and air pollution targets.

GHG emissions per gross domestic product and carbon intensity in Poland are among the highest in IEA Europe member countries. While Poland has been relatively successful in reducing emissions, the country faces more challenging reduction targets in the future. A new target in the sectors not covered by the European Union Emissions Trading Scheme (EU ETS) will be difficult to meet, notably in the transport sector, which is the fastest growing source of GHG emissions in Poland.

In the power sector, 62% of coal capacity is over 30 years old and 13% is between 26 and 30 years old. The strategy of the government is to replace existing, low-efficiency generation units with new high- efficiency plants. This strategy represents a cost challenge but also offers opportunities for air pollution and carbon footprint reduction. Potentially, new plants employing ultra-supercritical technology could reduce CO2 emissions by over 20% compared to the existing fleet, while air pollutant emissions can be reduced by 90% or even more. Progress has been made in this regard, and hard coal plants under construction offer much higher efficiencies.

Poland has achieved significant progress in the deployment of renewable energy sources and its share in total primary energy supply (TPES) increased from 5% in 2004 to 10.4% in 2014, slightly exceeding the average for IEA countries. This progress was underpinned by the establishment of several support measures, both regulatory and financial. The main regulatory measure was a quota system obliging suppliers of electricity to purchase power generated from renewables.

Nonetheless, despite progress, the future of renewable energy in Poland looks uncertain. With the adoption of a Renewable Energy Act in 2015, Poland overhauled its regulatory framework for renewable energy, moving away from a quotabased system to one built around an auction process. Late amendments to the legislation introduced a number of changes in the sector which could impact the future growth of renewable energy. The main driver behind these legislative changes appears to be the adjustment of costs of the support system to the costs of the technology. Alongside these changes, Poland also adopted separate legislation amending the framework for developing onshore wind projects, which may halt further deployment of wind power in Poland and make it a less attractive place to invest.

Poland’s strategic approach is that the use of hard coal and lignite is the cornerstone of the energy system. In 2015, coal mining employed 100 000 people, provided over 50% of primary energy supply, the second largest share among OECD (Organisation for Economic Co- operation and Development) countries and 81% of total electricity generation. Any measure affecting the sector is therefore politically sensitive. The new energy strategy must determine if coal is going to sustain the Polish economy over the longer term, or if it is to be a burden for the country.

Although important improvements have been made to modernise the energy infrastructure, significant investments are still needed to ensure a sustainable supply of energy, reduce the share of carbon-intensive plants and increase the exploitation of renewable energy sources. Poland also needs to extend the development of the transmission grid. Closer integration of the country with neighbouring markets is essential – cross-border interconnections represent only 7% of installed generation capacity at present, and further investments are necessary in order to reach the EU target of at least 10% by 2020.

TSO Polskie Sieci Elektroenergetyczne has projected that over the next 20 years, between 16 and 23 GW of capacity will be taken out of the market, while less than 10 GW of new capacity is planned. Over the shorter term, the electricity system also faces risks. For example, in August 2015, Poland experienced power shortages after prolonged warm weather, which resulted in power restrictions. In response, Poland is debating the introduction of a capacity market, similar to the arrangements being discussed in the UK and Germany.

While capacity mechanisms can secure electricity supply, great care has to be taken in their design and implementation to ensure they do not distort competition, interfere with cross-border electricity flows or result in higher electricity prices for end users.

Poland does not have any nuclear generating capacity at present, but the government has determined that nuclear power will play a significant role as it seeks to increase its energy security and decrease its carbon footprint. The Nuclear Power Programme, which was approved in 2014, foresees two nuclear power plants with 6 000 MW of total capacity, with the first one commissioned in 2022. This represents 8% of present generating capacity. However, a major update of the programme schedule is expected imminently.

Poland has set an ambitious goal of one million electric vehicles by 2025, with a large network of charging infrastructure – over 7000 publicly accessible charging points by 2020. But the EV market will not grow significantly without policy support measures.