On the shelf – oil production on the UKCS 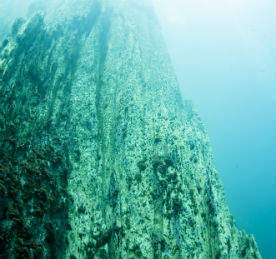 The UK Continental Shelf (UKCS) is suffering not only from low oil prices, but also from the flight of oil majors and capital back to the US, further hindering the consolidation needed to shore up its future.

Low prices on offshore oil and gas operations in the North Sea have seen the deferral and even cancellation of new projects that, just two years ago, promised a new dawn for the UKCS.

These projects were to go further from shore, use deeper wells targeting higher temperature and pressure accumulations, or produce heavier oil. Investment in them was so substantial that, when combined with spending on upgrading the North Sea’s existing ageing platforms and infrastructure, UK oil and gas capex in 2014 reached a record level of £14.8 billion. That now seems a distant memory: the low oil price has destroyed the economics of these investments, and capex on the UKCS fell to £11.6 billion in 2015.

Ready for a fall

According to offshore trade body Oil & Gas UK, spending is expected to fall by a further £2-4 billion this year and next. Capex on new fields is already expected to average £3-4 billion a year over 2016 and 2017, down from almost £10 billion in 2013.

The North Sea’s battle for survival extends far beyond what the oil price may do in the short-to-medium term; 20 years ago there were 30-40 well-financed entities on the UKCS, and they were largely well-known companies including BP, Shell and Chevron. Now, there are over 150 entities on more than 300 fields. The UK North Sea is exceptionally fragmented, and the capital base has been spread increasingly thin.

This flight of the oil majors and subsequent fragmentation into a market of hundreds of smaller operators has accelerated in recent years, as US-based companies have responded to their country’s shale oil and gas boom by retrenching as much of their capital spend as possible into the domestic market.

Indeed, over the past five years, and particularly in the most recent two to three, an increasing number of US entities have been leaving the world market and returning home to get a better return on the dollar. With these entities seeing it as easier to work onshore than offshore, capital previously available on the international stage is being subsumed back into the US.

Even before the oil price began to fall, the UK Government recognised that, as a mature basin, the UKCS’s days as a major oil-producing region were numbered. In 2013, former Wood Group chief executive Sir Ian Wood was asked by then UK Energy Secretary Ed Davey to review how economic recovery could be maximised on the UKCS in order to secure the future of its oil and gas industry.

North Sea infrastructure could potentially benefit from the greater efficiencies that come with having dedicated investors.

The Wood Group, known for its work in the North Sea oil industry under Wood, is now a multinational oil and gas services company with operations in over 50 countries. Wood’s final report focused on efficiency – in terms of production and fiscal regimes – and better organisation of the numerous North Sea operators and their ageing infrastructure.

Since prices began falling in mid-2014, the focus on efficiency has become a global concern. Macquarie Research has identified that investors now have a greater desire for certainty, preferring quick, low returns to slow, high returns. Typically, this means the shorter a project’s lead time, the more attractive it is. In turn, this leads to prioritisation of onshore development rather than costly offshore projects; or quick, efficient upgrades of existing assets. Indeed, the focus for oil and gas spend globally is to invest in operations with short lead times to achieve low-cost, ‘manufacturing-style’ returns.

In a global market of tight margins, the majors are also concentrating their spending efforts on what they know and do best: finding oil and gas. Against this backdrop, they will look to offload anything they can to a more efficient operator and investor of capex.

Dedication to the cause

A recent study by Ernst & Young identified oil and gas as the sector most likely to sell core assets for even a modest premium: it found that 48% of the oil and gas corporate executives surveyed would consider selling core assets for only a 10-20% premium.

This selling mentality presents opportunities and risks for the future of the UK oil and gas market. With oil and gas companies not traditionally the most efficient owner-operators, North Sea infrastructure could potentially benefit from the greater efficiencies that come with having dedicated investors. Such parties could be downstream players like chemical company Ineos, which has been buying up North Sea assets in a bid to secure its feedstock supply, or they could be institutional investors like pension funds looking for long-term assets with steady returns.

One significant barrier to the sale of these assets is that the visibility of their revenues is poor – there is currently no published tariff for North Sea pipelines. There is also the risk that sales of pipelines and other infrastructure will make the North Sea even more fragmented than it is currently. This runs contrary to the other element needed to make the North Sea more efficient and ensure it has a future: consolidation.

While the current oil-price-inflicted difficulties have slightly reduced the number of operators, with the smallest companies either withdrawing or going bust, significant consolidation will only likely come if there is a change to the costs and responsibility associated with decommissioning the North Sea’s ageing platforms and infrastructure.

As things stand, there is a variety of legislation that affects ownership, with the government ensuring operators are responsible for decommissioning infrastructure. For example, operators with a rating of AA or less need to provide a letter of credit or financial guarantee for their assets. This is not available to small companies unless an oil major is willing to sell its assets but retain decommissioning risk.

For those fields and platforms that continue to operate, future investors are most likely to come from two sources: privately owned companies tied to the UK or international investors looking to develop their offshore expertise in one of the world’s oldest offshore markets.