A new kind of role has emerged in the oil and gas industry as digital technology broadens its impact. Philip Kleinfeld talks to Dr Iraj Ershaghi, digital engineer specialist at the University of Southern California, about how the labour force can adapt to these changes and overcome the challenges they face. 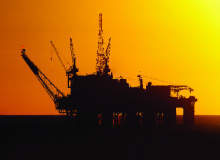 Unemployment may be high across developed economies, but the oil and gas industry is experiencing a profound crisis to its demographic base. According to global consultancy firm Booz and Company, it is likely to face a labour deficit of over 1.7 million by 2030, when almost half its workforce is expected to retire. Replacements have not been easy to find. Current enrolment figures for petrochemical studies suggest numbers are well below those of 1980s as the industry struggles to shirk the image of price volatility and ecological vice.

‘Talent crunch’ in the oil and gas industry

At the same time, this shock to the supply of labour is unlikely to have much of an impact on the general demand for oil. As the need for energy soars and the presence of shale gas rises, the oil and gas industry finds itself in a strange situation, with massive opportunities to invest, but no skill base with which to do it.

"The industry is experiencing a fundamental crew change," says Dr Iraj Ershaghi, digital engineer specialist and director of the Petroleum Engineering Programme at the University of Southern California. "There is going to be a massive retirement of people, and the sector just hasn’t hired to replace it. It means we’re going to have a serious shortage of experts from a technical point of view to actually run these oilfields."

The move to digital oilfields

One way that oil companies are working to redress the ‘talent crunch’ is by automating some of their most labour-intensive processes into new, ‘digital oilfields’. In an article for the Society of Petroleum Engineers, Ershaghi defines the digital oilfield as "a concept incorporating the widespread use of technical innovations to measure, analyse and optimise the cost-effective extraction of oil and gas production from oilfields". In practice, these new oilfields require far fewer engineers to collect data on site, and can reorganise information across a single, streamlined, labour-saving platform.

"The oil and gas industry finds itself in a strange situation, with massive opportunities to invest, but no skill base with which to do it."

There are other clear benefits to new smart technology. It’s capable of detailed immersive visualisation, which can accurately picture beneath the ground and monitor the movements of oil and gas. This means better access to data, so engineers can formulate better-quality maps. The technology also creates the opportunity for far greater data management. Fibre-optic sensors can be sent down holes to provide real-time information for engineers above, who are connected to each another by interactive collaboration rooms. The digital oilfield is capable of dramatically improving efficiency and equipping engineers with a whole range of tools to make quicker, better-informed decisions to improve overall recovery.

"I don’t think this is just about using robotics to replace human beings, managing the crew change is only one aspect of it," Ershaghi says. "The digital oilfield is also about improving overall efficiency by getting maximum recovery once an area is discovered."

As well as addressing the labour-force deficit through automation, the shift to high-tech companies can also help the industry appear more attractive to younger generations. This is important for a sector that has failed to persuade new talent to join its ranks.

"The lure of seeing how these advanced technologies work, and how sites can be managed is very attractive," Ershaghi says. "This is the gaming generation, and in this job you get to play games with an entire oilfield."

"Smart technology is capable of accurately picturing beneath the ground and monitoring the movements of oil and gas."

There is little doubt that these changes to the methods of upstream petroleum are altering the culture of operation throughout the industry’s oilfields. Many of the major oil companies have invested large sums in new digital solutions, and are, according to the same Booz and Company study, set to spend far more in the coming years.

Adapting to the new technology won’t be easy. On top of all the standard engineering methods, it requires a level of serious computer literacy. To an outsider, IT analytics and petroleum engineering might not seem the most likely of disciplines to be fused together. It’s difficult to imagine an IT professional with his hands down a well, or a weathered engineer hunched over a computer screen, slowly typing. But these are bad stereotypes. In reality the roles are complementary, and, according to Ershaghi, some synthesis of the two is becoming increasingly important for the industry.

Changing competencies in the engineering community

"The competencies are changing as we begin to make sure the engineering community understand exactly how to use these new automated tools" he says. "What we increasingly need are hybrid engineers, people who are competent in key technical issues as well as digital processes like data mining systems, artificial intelligence and immersive visualisation. I think when you merge them together you get a very interesting interplay."

The skill set required to work in digital petroleum is certainly broader than the industry has previously needed. Not only are the standard theoretical and practical skills important – geology, geoscience and other engineering methods for example – but new knowledge of computer functions like data storage, social media, networking and system architecture will also be key. And this means a real cultural change for the industry. As well as the ability to access, manipulate and analyse complex computer data, workers will need to appreciate new ways of interacting with one another.

"This is the gaming generation, and in this job you get to play games with an entire oilfield."

Ershaghi is fully aware that existing employees are unlikely to perceive these changes as entirely positive. For an industry notoriously slow to adopt information technology, transformation may well be seen as a threat to traditional ways of operating. Finding ways of mitigating this resistance could prove the biggest challenge for the oil and gas industry as it accelerates its migration to digital machinery.

"Experience has shown that the transition from conventional ways of doing things to digital is difficult and requires training," Ershaghi says. "Companies that announce their use of collaboration rooms, for example, will face a lot of resistance from people who are accustomed to doing things in a certain way."

If the industry wants to really harness new technology, it must start to devise ways of training new students and existing professionals. For Ershaghi, the university should be at the top of this project with new academic curriculums designed to integrate conventional petroleum training with new IT methods.

"We challenge people to train, think and participate, and as soon as they start doing that, they become digital engineers automatically."

"University courses in smart technology can attract people from the oil majors," he says. "Many of these people think that new technology will violate their way of doing things, but all they need is proper training. I think the role of the academic is key in this case. We challenge people to train, think and participate, and as soon as they start doing that, they become digital engineers automatically."

The move to smart oilfield technology has become all the more critical as deep demographic change combines with rising demand for energy. Attracting and training the next generation of workers proficient in digital technology and standard petroleum engineering will become one the industry’s most important choices if it is to manage the transition in the best way possible. For the labour force, it means a new role and a new culture, one which industry experts have wisely dubbed ‘the rise of the digital engineer’.