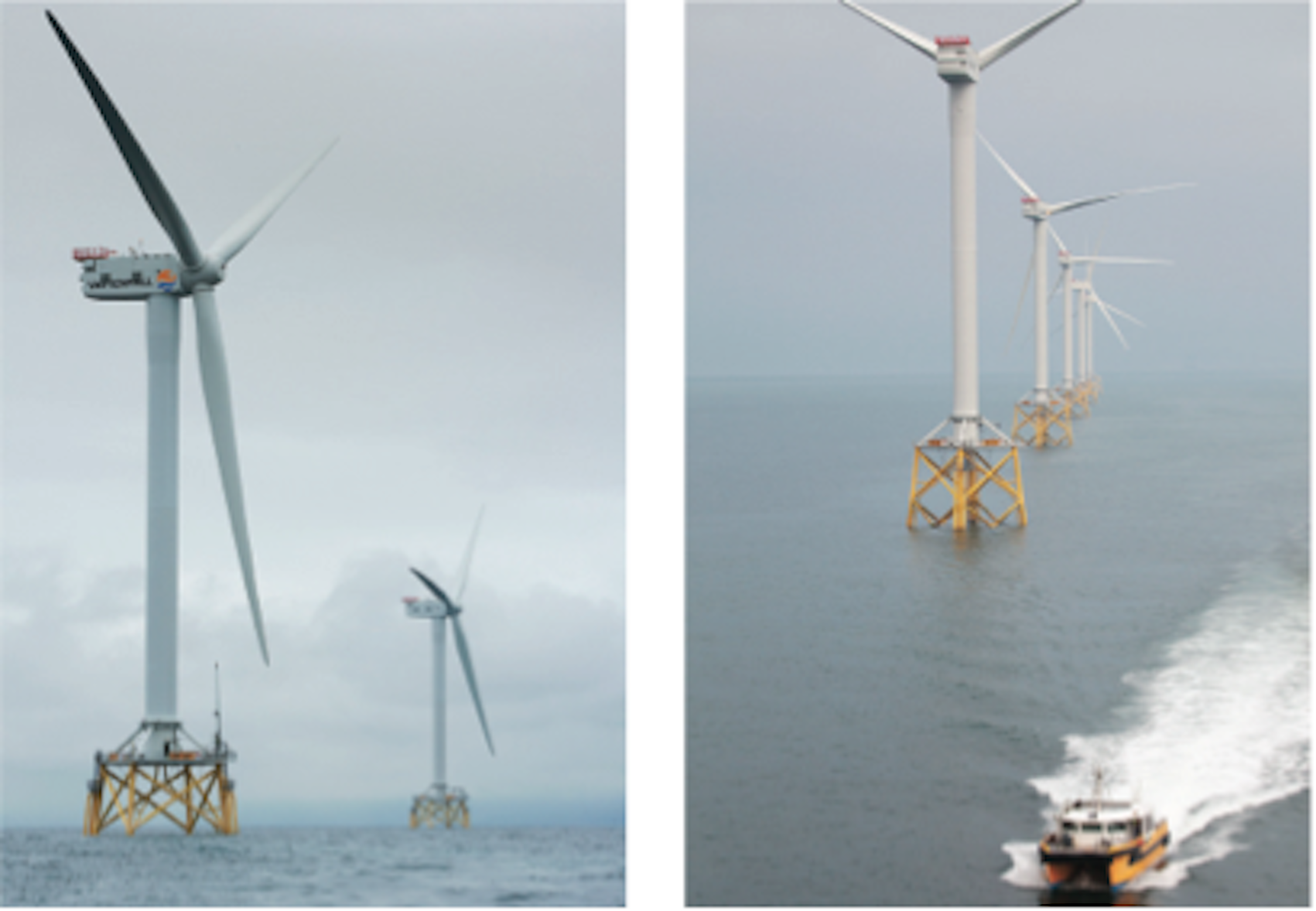 The works taking place now reaffirm the project partners’ commitment to bringing to fruition what is reckoned to be a much-needed industry scheme. The preliminary work of geotechnical site investigation was started and finished in March. Sets of three seabed cone penetration tests were carried out at each of the EOWDC’s 11 turbine locations to assess the seabed, with the data acquired being used to inform the final design and micro-siting of the turbine foundations. Full offshore construction is scheduled to start in late 2017 or early 2018, contingent on a final investment decision to be taken later this year.

The facility, also known as Aberdeen Offshore Wind Farm, will have an installed capacity of up to 100 MW, but it has not yet been decided which supplier will provide the turbines. An announcement is expected later in the year. However Vattenfall has established a reputation for favouring large turbines. When its Ormonde array off the coast of NW England became operational in 2011 (photos, right) its 5 MW REpower machines were among the largest commercially- ready WTGs available at the time.

Geotechnical and geophysical survey specialist Fugro is carrying out the site investigation work on behalf of AOWFL. The company has brought one of its dynamically-positioned geotechnical drilling vessels, the Bucentaur, to the EOWDC site which is located between 2km and 5km from the coast near Aberdeen but centred at about 2.4 km. The work is due to be supplemented with geophysical surveys later in 2016.

Vattenfall and Aberdeen Renewable Energy Group (AREG), the partners behind Aberdeen Offshore Wind Farm Limited (AOWFL), the company driving the project forward, commented that the work keeps the scheme on schedule for operations to start in 2018. It is expected that the EOWDC will help establish the northeast of Scotland as a global centre of innovation for the offshore wind industry.

Widely recognised as a vital investment in Scotland’s renewables infrastructure, the EOWDC will be "important to establishing the north east as a world-class hub of offshore wind know-how, technology and innovation, particularly during these challenging times for the North Sea oil and gas industry."