Norway’s (not so) new player aims at amines 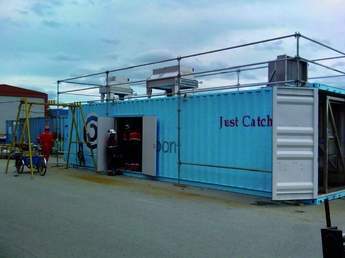 A relatively new name in the embryonic business of power plant carbon capture and storage (CCS) – but by no means new to carbon capture itself – is Aker Clean Carbon. It was established by Aker and Aker Solutions in 2007 as a vehicle to accelerate and commercialise Aker’s efforts to develop CCS. The company’s origins lie in Aker Solutions, where engineers have worked on carbon capture technology since the early 1990s.

The Norwegian company is working on amine-based capture solutions. These are well established in the process industries and Aker Clean Carbon is developing technology to apply it to coal, gas and bio power generation, to the cement industry and to other industrial flue gases.

Oslo based Aker Clean Carbon, owned 70% by Aker and 30% by Aker Solutions, cannot be said to lack ambition and reports that it has so far invested about NOK100 million in developing its own capture technology. It has engaged about 160 engineers, many from Aker Solutions.

The company has developed what it calls Just Catch technology for carbon capture. In the capture plant, the exhaust containing the CO2 is routed via inlet coolers to a large absorption tower. The gas enters at the bottom of the absorber and gets in contact with the (liquid) amine, which flows downwards. The amine absorbs most of the CO2 via a chemical reaction. The remaining flue gas is treated in a water wash unit to ensure removal of all amines before disposal to air from the top of the absorber.

The amine containing the CO2 is pumped via heat exchangers to the stripper part where CO2 is “stripped” off (or boiled off) using heat from the re-boiler. After the stripping process the amine is pumped back to the absorber via an energy converter, and the cycle is repeated.

In Norway, Aker Clean Carbon is involved in several key projects. In particular the company is bidding to build the capture facility at the European Test Centre Mongstad, a project managed by a group of energy companies led by StatoilHydro. The contract is scheduled to be awarded in the late autumn of 2008.

Aker Clean Carbon originally planned to also build its own demonstration centre at Kårstø. However in the summer of 2008, the company altered its priorities and shelved the plan due to uncertainty about obtaining the required steady supply of flue gas. The power plant that was meant to provide the flue gas has not been in operation since its completion in the autumn of 2007.

In addition, the company is involved in one of the consortia bidding for the contract to build a capture facility in the UK. The company is part of a consortium led by Scottish Power, which has entered an agreement to use Aker Clean Carbon as its technology provider. Scottish Power was pre-qualified in the competition to build the first large scale CO2 capture facility for a coal-fired power plant in the UK.

Aker Clean Carbon has also built a mobile test capture facility – designed for easy transport and hook-up – which is to be ready in the autumn of 2008. The prime objective of this facility is to obtain operational data from reliable field tests.

The plant will capture CO2 from a range of different industrial flue gases and is equipped with advanced monitoring systems. The facility will verify new design features and solvents, and operate in an industrial environment during long-term test periods.

The first destination for the capture facility is the Risavika gas research centre outside Stavanger in Norway. The facility is then intended to be moved to a coal-fired power plant for testing, most likely in 2009.

Finally, in the R&D area, Aker Clean Carbon is leading SOLVit – a major Norwegian scientific research and development programme aiming to produce improved, more cost-effective, amines for the CO2 capture process. The eight-year programme was launched together with Sintef, an independent research organisation, and the Norwegian University of Science and Technology, NTNU.

The programme, which has a financial value of NOK 317 million, was launched in August.