While it is clear that water plays has an essential role in any power station, it is surprising that processes that can increase efficiency in water usage, avoid costs and potentially increase revenue are often underutilised. The benefits of alternative methods of power plant construction and operation, such as those gained from outsourcing water treatment plants, are not always recognised. 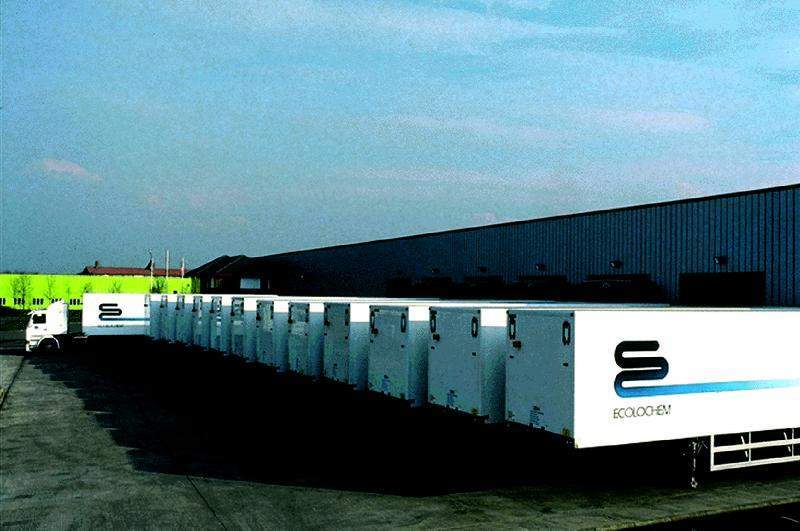 The case of a CHP plant serving a large plastics production facility in Thailand offers insights into the benefits that can be derived from water treatment ideas previously overlooked. The plastics production facility purchases steam from the CHP for process use in manufacturing a base product employed in the production of plastic goods. Once the steam is used in the process, the condensate is contaminated and thus unfit for use in any other on-site process. This meant almost 1450m3 of condensate was dumped into a local drain on a daily basis because there was no way to recover it.

With ISO14001 accreditation being sought, the facility wanted to avert the need to dump condensate down a drain. An environmentally sound solution was needed, where the water balance at site could be improved and condensate discharge cost savings made, as well as fulfilling other recycling goals set within the ISO standard.

The solution decided upon was an outsourced water treatment plant, a polishing plant, with the owner of the plastics facility able to take a totally hands-off role. This removed the need for the plastics producer to make a large capital investment to purchase a new water treatment plant or to be involved in its daily operation. Instead he only pays for the polished condensate product rather than directly incurring the processing costs to produce it.

The basis of the condensate polishing plant is a MultiFlow RO unit.

In the MultiFlow system, standard cargo containers are fitted with various combinations of skid mounted equipment to meet the needs of each project. The equipment inside provides the designation for the container, for example MultiFlow DI, indicating that the system inside is for production of demineralised water, or MultiFlow RO, indicating reverse osmosis is installed, as supplied to the Thai plastics facility.

The polishing plant, which is owned by Ecolochem International, recycles the condensate and supplies it back to the steam provider, the CHP plant. The benefits to the plastics facility are revenues generated from the recycled condensate sale and the advantages of no longer dumping condensate, allowing compliance with ISO 14001.

Features considered in the system for dealing with contaminated condensate are working temperatures of up to 49°C, organic carbon contaminants, dissolved solids and small amounts of turbidity. Recovering this condensate for boiler feed water use requires extensive cleaning to achieve the desired quality, beyond that which could be achieved by conventional ion exchange treatment.

In the first instance, the condensate passes through four vessels of activated carbon, arranged in a two-pass setup, to reduce total organic carbon (TOC) levels, remove particulates and suspended solids so that it can be fed to the RO unit. Due to the nature of the application, recently developed RO membranes are utilised for their tolerance to higher temperatures and low operating pressures. Loaded with these hot water membranes, the MultiFlow RO system reduces the TOC levels to <300ppb and rejects a proportion of the dissolved contaminants.

Only at this stage is the quality of the water good enough to feed to the CHP plant. The CHP plant is able to receive the 50m3/h of treated condensate water into its demineralised water storage tank, with the water having a cationic conductivity of <3µS/cm.

As a benefit of the outsourcing approach, additional equipment is utilised in the form of a non-regenerable mixed bed is also available to the site for added security of supply.

In designing the solution, consideration was given to heat and energy, maintenance and potential expansion.

The plastic facility owners are now able to use the previously unusable condensate water by returning it to the CHP as feed to the high-pressure boilers. The advantage to the CHP is a reduced make-up water need and with the water already at about 48°C there is no longer a loss of energy in terms of waste-heat and energy used to heat fresh make-up water.

Flexibility allows the condensate-polishing plant to cope with changing feed flow rates. Steam recovery projects and general site efficiency upgrades internally within the customers own scope of work have reduced the feed condensate flow rates. The RO unit has been adapted by removing and re-arraying the membranes allowing it to take a reduced feed condensate flow rate but still run at 85 % recovery. In addition, due to attentive management of the RO unit, there has been a reduction of around 50% in ion exchange regenerant chemicals used compared with original design estimates. The RO itself has not demonstrated any signs of needing to be cleaned, which means reduced plant maintenance and greater availability.

A bespoke design approach had to be taken with this condensate-polishing project to overcome the weakness of ion exchange treatment when dealing with process water high in TOC. Using reverse osmosis technology and combining it with the hot water RO membranes successfully produced a TOC and TDS removal pre-treatment stage for ion exchange condensate polishing. The site operational data show the plant to be running within its product water specifications even though feed condensate TOC levels have fluctuated above the original design criteria.

The advantages to the CHP include lower operational costs as less make up water is required to produce steam. The recycled condensate is clean enough for it to go back into the power plant’s demineralised water storage tank and straight to the boilers. The success of this project has resulted in interest from nearby companies and has meant the power station is now able to provide steam while ensuring efficient use of water.

Another added benefit for the CHP plant is that it is able to produce a quantity of water beyond the capacity of its own water treatment plant thus generating increased revenue by selling steam to other off-takers.

With the reduced need for make-up water for steam production, the CHP is able to increase its sales of demineralised water. Local demand for demineralised water is increasing and the CHP plant is also currently in the process of upgrading its water treatment equipment to meet it. This has given rise to a further project involving MultiFlow systems, this time at the CHP plant itself, illustrating another application of the concept: provision of temporary water treatment capability.

In this case, a number of Ecolochem MultiFlow modules are deployed on a temporary basis, while the CHP upgrades its own water treatment plant. The temporary solution ensures enough ultrapure water is available at the quality and quantity needed for the CHP to meet contractual obligations to its customers around the industrial estate. The MultiFlow systems used in this project are a combination of ion exchange vessels, electrodeionisation (EDI), gas transfer membranes (GTM) and RO units. These remain on site for as long as there is a need for them, before moving onto the next location. Using a skid-mounted modular concept, each container can be added to for increased quality or quantity without dispruting the overall system.

These projects bring to light a few simple ideas that can offer mutual benefits when a CHP and its customers are able to utilise resources to not only improve individual efficiency but reduce production costs on a large scale. In such conditions many options can be considered.

Earlier this year, Ionics Inc completed the acquisition of Ecolochem to create a new entity in the water purification and wastewater treatment industry.

Ionics is a manufacturer and vendor of membranes and equipment for the purification, treatment, and analysis of water and wastewater. It has an extensive engineering pool that has pioneered “build, own, and operate” (BOO) water facilities around the world, including the world’s largest industrial waste recovery RO plant, in Kuwait.

Ecolochem’s experience has been in trailer mounted and containerised mobile equipment for bespoke solutions using standardised skid mounted equipment in a modular design for emergency, short term and long-term contracts.