Muse upon missing fish and ships 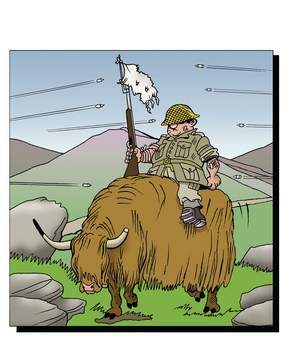 Worries about declining stocks of silver eels have led to European Community legislation and research to help combat the causes of the fishes’ disappearance. Suspects are hydro stations in Europe and North America. The eels’ life cycles involve annual migrations. The adult creatures make journeys across the Atlantic Ocean, for spawning: the resulting youngsters travel up rivers from the sea: and in later life the eels migrate.back to the sea. All of them are thought to be born in the Sargasso Sea, in an area where ships and aircraft are said to vanish unaccountably. Other mysterious things happen from time to time to maintain worldwide interest. I refer of course to the area notorious in maritime story and legend as The Bermuda Triangle.

The European Community research has produced an early warning system, called the Migromat, to get migrating eels safely past hydro stations. The fish are sampled in riverside tanks on their way downstream. When riverborne migrants gather anxiously, because wary of hydro works ahead, the sampled specimens show their agitation in the tanks. Information of this behaviour is automatically signalled to the hydro station operator. The turbines are duly stopped to allow overnight passage of the eels, unharmed, with minimal interruption of service to customers.

The Migromat system has been evaluated by KEMA, the versatile Dutch energy consultancy that boasts offices in nineteen countries.† According to KEMA’s house journal, Global Contacts, from which I have gleaned the above story, the system’s predictions have all been proved accurate. Disappointingly to a sensation-seeker like me, however, no results are presented that throw light on the even more curious phenomena that have distinguished The Bermuda Triangle. Could not these conceivably have been connected somehow with the presence or absence of Sargasso-bred silver eels?

Sporadic gunfire continues between skirmishers from the camps of centralised and distributed generation. The noises are sometimes noteworthy even on this page (as for instance in MPS for December 2005). Strategists or tacticians following these hostilities may take particular interest in a recent flare-up reported from Scotland, the UK’s northern realm.

A power line through the environmentally inspiring Scottish Highlands was planned by Scottish & Southern Energy, a utility described by a leading organ of the British financial press as ‘the best-run company in the UK power sector’. The line was intended to connect remote generating installations (on and off shore) to the national grid. Without this link, cried 160 businesses and ‘green’ organisations in unison, ‘the renewable technologies where Scotland leads the world’ would be strangled at birth.

But the proposed 137 mile (220 km) transmission line was fiercely opposed. Can you guess who the would-be stranglers were? My own try seems to have been, at best, maybe about half right.

Report has it that the fierce opponents were ‘conservationists and local residents’. The former were undifferentiated but one may surmise that the conservation they were worried about was of the picturesque environment rather than of natural resources. Yet they should have been concerned about those too, and should therefore have been sympathetic to parties who would wish not merely to conserve natural resources but also to restrict consumption to their ‘renewable’ varieties. In fact, according to report, they opposed that enabling link: fiercely. Was your guess better then mine?

Superpower figures can be improved

Here’s a morsel from The Science Reporter, a periodical with which you may not be familiar. More in your (as in my) line, perhaps, is our sister journal, Water Power & Dam Construction. A former editor of that esteemed publication, Fabian Acker, writing in The Science Reporter under the heading ‘Fat = energy’, reports an observation made about biodiesel fuel by someone who is connected with the University of Maryland, USA, but who denies that that institution shares his views. Noting that the fuel can be made from animal fat, Acker’s American source suggested linking production with liposuction facilities, thus alleviating two serious US problems at the same time.