MAN Diesel & Turbo has been awarded an EPC-contract to build a power plant for the Arabian Cement Company (ACC) in Saudi Arabia. The 40 MW plant will be equipped with two type 18V48/60 TS engines and will provide power to a cement factory in Rabigh, around 120 km north of Jeddah, at the Red Sea coast. The plant will be operated on heavy fuel oil (HFO) and diesel oil. 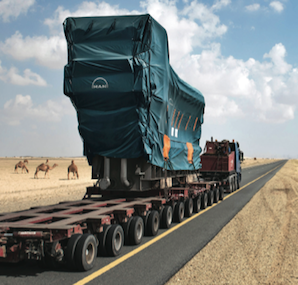 The 48/60 TS engine offers two-stage turbocharging, generally agreed to be a more efficient arrangement. It delivers more power, greater power density and increased turbocharging efficiency compared to the engine with a single turbocharger.

Construction of the agreed first phase of the power plant is scheduled for 2016/17. Capacity will be increased to a total of 120 MW by two additional phases of construction which will see a further four engines installed.

Saudi Arabia is a growing core market for the MAN Diesel & Turbo power plant division, in particular via its relationship with the construction business. "This order marks another milestone in the development of our EPC business in Saudi Arabia" commented Ashraf Al Natsheh, senior sales director power plants for Saudi Arabia. In 2016 MAN will also hand over a 55 MW power plant to United Cement Industrial Co.