EPH (Energetický a Prumyslový Holding), Czech utility and energy trading company, which acquired the 3 x 140 MWe Lynemouth (UK) coal fired power plant from RWE at the beginning of 2016, is expected to make a final investment decision very shortly on the biomass conversion project (initiated by RWE several years prior to the sale). 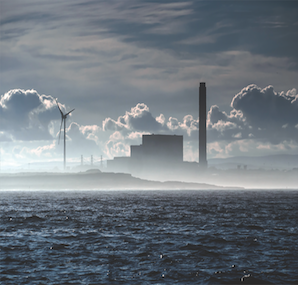 In May, EPH reported it had signed agreements with its chosen contract partners covering a range of work streams including fuel handling, combustion, electrical systems and controls. Once converted, the plant, with a net installed capacity of about 390 MW, is expected to consume about 1.4 million tonnes of wood pellets per year for the next ten years.

Among contractors identified so far are Ramboll, which will provide owner’s engineer services, including for a new biomass import terminal at the Port of Tyne (Newcastle, UK) and for power plant and site fuel storage and handling, and Doosan Babcock, which will provide combustion and emissions systems.

Under the terms of its contract, Doosan Babcock says it will deliver the complete scope of boiler works, such as the modification of mills (including installation of primary air coolers), provision of new low NOx combustion systems with overfire air and dynamic classifiers, and upgrade of electrostatic precipitators, replacement of fans, and installation of new ash handling systems.

Doosan Babcock notes that it has played an “instrumental role in the development of the Lynemouth biomass conversion project”. In mid-2013, the company was awarded the initial FEED (front end engineering design) study, before being selected as preferred bidder in October 2014. Over the last two years, the company has conducted full-scale development and testing of the biomass burner technology to be used at Lynemouth in its Renfrew Clean Combustion Test Facility.

Lynemouth was originally built as a captive power plant for the adjacent aluminium smelter. RWE bought it from Rio Tinto in 2012.

Dating back to the 1970s, the plant has no SOx or NOx controls. Under the LCPD it was able to run on coal until the end of 2015, but to meet IED requirements would have needed FGD and secondary NOx controls, eg SNCR, as well as coping with increased costs arising from taxes on carbon use. However, RWE identified the plant as potentially a good candidate for biomass conversion since low temperature cooling water from the North Sea results in inherently high efficiency (with more than 40% unit gross efficiency anticipated) and the steam turbines were upgraded relatively recently. Also the relatively small unit sizes facilitate biomass logistics.

In 2013 RWE took advantage of an early call for “shovel ready” projects to apply for support under the UK government’s new “Contract for Difference” scheme for incentivising low carbon power generation, such as biomass. Under this regime the plant gets a fixed income of £105/MWh regardless of electricity spot price.