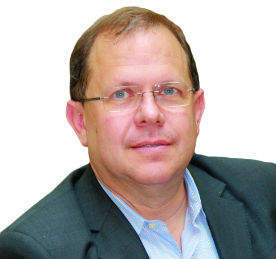 Lance Cook is a busy man. I finally manage to grab 30 minutes with Shell’s chief scientist for well engineering and production technology during his whistle-stop tour of China and the Netherlands. Just eight weeks later, the Anglo-Dutch operator made public its audacious £47-billion bid for BG Group.

To energy analysts, the takeover – the largest oil and gas deal of its kind for more than a decade – is significant for two reasons. First, it could trigger a wave of mega-mergers as multinationals look to boost reserves and slash capital expenditure by snapping up smaller diversified producers for a song.

Second, the bid underlines Shell’s decision to concentrate on deepwater plays and liquefied natural gas (LNG) at the expense of its North Sea and Arctic operations, further evidence that such projects may offer a better return on investment for large integrated operators, at least in the short term.

"Think about the number of reservoirs out there where we’ve only got 30–40% of the original oil in place. We aim to double that recovery and that would be a real game-changer."

"Our R&D focus for well construction is bifurcated in two areas: extreme environments like deepwater and arctic conditions, and tight reservoirs onshore," says Cook. "On the deepwater side, post Macondo, the industry emphasis is on equipment reliability, but the subsurface aspects of the reservoirs we are developing in deepwater are also getting increasingly complicated."

"Enhanced visualisation is a huge opportunity. Currently, a 30-40% recovery factor is pretty good in conventional reservoirs because they are very difficult to map in their finer details. For example, we sometimes don’t understand the heterogeneity as well as we would like. Now, technologies that can better visualise reservoirs in real-time are allowing us to better target our development drilling and completion programmes to fracture, sweep and drain reserves more efficiently," says Cook.

"The ability to collect and analyse big data is giving us a much improved understanding of our fracture stimulation placement," he continues. "When it comes to secondary and tertiary floods, this same technology gives us the ability to visualise sweep efficiency over time and allows better control of injectants, which helps bring costs down. Think about the number of reservoirs out there where we’ve only got 30-40% of the original oil in place. We aim to double that recovery and that would be a real game-changer."

Cook points to the rapid evolution of 4D reservoir visualisation, the process of acquiring and interpreting multiple time-lapse snapshots, and its impact on Shell’s understanding of how fracture stimulations develop, and how injected and produced fluids behave within a hydrocarbon reservoir.

"Most reservoirs are heterogeneous in nature," he says. "These variations in material and material strength make modelling and predicting fracture growth for fracking jobs challenging, and not as precise as we would like. Similarly, there are zones with varying permeability in a reservoir, which means the higher permeability zones are swept first of oil in a secondary or tertiary flood scenario. This means you end up recycling a lot of the injectants through the higher permeability zones that have already been effectively swept.

"You get away from the wellbore just a few feet and the frack fluid or injectant can move up or down 20ft or more to a totally different layer in the reservoir than is being targeted. For the past 50 years it has been a real art to track where in the reservoir your fractures and injectants have been, and where they are going. "If I’m pumping injectants into an area that’s already been swept or placing my fractures in the wrong zones in the reservoir, I’m wasting time and money – with real-time visualisation, we will be able to identify where the injectants and fractures are going. That is a huge opportunity and where I expect some of the biggest changes in the industry to come from over the next decade."

Analysts estimate that oil prices of $80 a barrel are needed over the long term to ensure the viability of the majority of deepwater projects. With crude prices falling by the day, reducing costs and maximising recovery rates is now critical for upstream operators.

"Each project has its own unique challenges," says Cook. "You have a lot of challenges around sub-salt visualisation and the pre-salt plays in Brazil, where Shell has done some unique things in the Parque das Conchas (BC-10) project, and in low-energy reservoirs in the eastern Gulf of Mexico.

"To make these fields economically viable we have installed huge electrical submersible lifts. The well transports the oil to the mudline and then we boost it 2,000m up to the tension leg platform."

Looking onshore, capitalising on the assembly-line concept that revolutionised the auto industry, Shell has devised a well-manufacturing system for mass-drilling tight fields that could make these deposits safer and less costly to develop, the result of a 2012 joint venture with China National Petroleum Company (CNPC).

"If we’re going to drill 1,000 wells that all look alike, then it makes sense to build rigs specifically for those types of wells," Cook explains. "Current equipment uses what I call a Swiss Army knife design – it can handle all sorts of different functionalities but some of it serves no purpose in a particular drilling programme; for example, we don’t need a drill floor and equipment sized to be able to handle 20in pipe if the biggest we’re ever going to use is 95/8in.

"This model also applies to well-installed equipment. We can either pick it out of a catalogue or we can work with a manufacturer to design specific equipment for the wells we happen to be drilling – and bespoke doesn’t necessarily mean more expensive. If you make a large order for bespoke suites, you can get quite a good deal and that’s basically what we are doing with essential kit such as well heads.

"Similarly, trying to train personnel in a new drilling technique that has proven effective on another rig has proved to be problematic, and rolling out that knowledge across an entire fleet has proved to be near impossible for the industry. Now, we can build the equipment, automate it, download the algorithms and deploy those new learnings across ten or more rigs around the globe," he adds.

The ‘brain’ of the new well-manufacturing system is Shell’s supervisory control and data acquisition drill software, known as SCADAdrill. Trialled in Canada, and in the Marcellus and Eagle Ford plays, and now being rolled out globally, it interfaces with existing equipment controls to monitor drilling parameters, determine appropriate controls that need to be communicated back to the rig and navigate the course of the wellbore.

"We’re just scratching the surface at present, but we’ve already drilled some 500,000ft using SCADAdrill and it consistently out-performs the best drillers," Cook says. "We’re currently in the laboratory designing the next software release for rate of penetration (ROP) optimisation, meaning we can control drilling parameters and vibrations and increase the likelihood of being able to drill an entire section using just one bit in an optimised and minimal timeframe."

Cook also enthuses about the potential of automated tripping, the term given to removing and/or replacing pipe to change the bit or other piece of the drill string, or preparing to run logs, casing or wellbore tests. The process is currently guided by pre-drill analysis, and this potential advancement spells greater efficiency and saftey in tripping operations.

Shell plans to drill thousands of unconventional wells by the end of the decade, and the advancement in hardware technology is also a key differentiator when it comes to exploiting these marginal plays.

"You combine ROP and trip optimisation using SCADAdrill and you quickly find you have a ‘moving rig’ rather than a drilling rig, as moving a conventional rig between wells is what starts taking the bulk of your time on shallow development programmes," he says. "The optimsation offered by SCADAdrill naturally leads to the need to address issues like rig move times.

"Capitalising on the assembly-line concept that revolutionised the auto industry, Shell has devised a well manufacturing system for mass-drilling tight fields that could make these deposits safer and less costly to develop."

"A good example of such fast-moving rig design for well manufacturing are drilling rigs developed by Shell’s joint venture with CNPC – Sirius Well Manufacturing Systems – and NOV for Shell’s heavy oil development programme at Carmon Creek in Canada. These SCADAdrill-controlled rigs are designed to be able to work on three wells at a time and move between wells in hours on a pad where 50 wells are drilled and where over half the rig’s equipment is never moved after it is initially installed."

"I am the chief operations officer for the CNPC joint venture and we’re deploying SCADAdrill on all of our platforms," says Cook. "Our personnel safety focus is all about moving people off the drill floor."

In 2013, Shell announced that as a "precautionary measure" it was suspending offshore drilling in Alaska and has raised the prospect of withdrawing from the Arctic following its bid for BG Group.

As oil companies enter harsher environments – be it deepsea, remote deserts or even the Arctic – it becomes more difficult to master the associated technical challenges, while at the same time keeping operations safe and cost at a manageable level.

"I drilled offshore of the Arctic in the early 1980s, so the technology is there – the issues are infrastructure and of course ice, which increases the load factors," Cook explains, refusing to be drawn on Shell’s long-term strategy in the region. "On the north coast of Alaska, you have to take everything with you, so you better plan very well in advance."

Shell maintained its commitment to R&D through the years when many of its main rivals, spooked by the depressed oil price, pulled in their horns, and in many cases, dismantled their R&D departments. Does Cook foresee this level of investment continuing at Shell?

"We spent $1.2 billion last year, so yes, Shell is very committed to R&D. However, we still have to allocate funds to where we think the biggest potential is, particularly deep water and liquefied natural gas, and long term with growth in demand we see for gas as cleaner-burning fuel," he says.

"Shell and just one other major oil company have kept large well R&D departments that are doing good work for us. Will they be allocated the exact same dollars again next year? I’d be guessing right now."