Performance of the world's nuclear reactors in 2013. 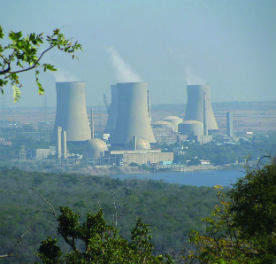 In 2013, there were more reactors operating in the three highest percentile brackets (85% load factor and above) than in 2012, suggesting normality is returning after Fukushima. The most significant trend was the increase in units with load factors of 95% or above, 53 compared with 41 last year.

One of those was our top annual and lifetime performer, Rajasthan 5, an Indian PHWR that started up in 2009 and celebrated a 607-day continuous run on 1 April 2014. Its rank is slightly controversial because the reactor’s official rating is 220 MWe, despite the design being originally rated at 250 MWe. If we used the higher capacity its 2013 annual load factor would be 92.8%.

The picture for PWRs was more static; gains made in the US fleet of 65 PWRs (average up 66 basis points year-on-year) and in Russian VVERs were counteracted by losses in form in South Korean, Chinese and French PWRs.

In the same timescale, RBMK performance has fallen since a 2011 peak, although Leningrad 1’s return to generation after graphite checks in November after a 24-month extended outage is a positive development for the ageing reactor design.

By Will Dalrmple, editor of Nuclear Engineering International