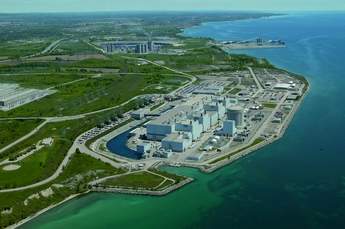 To guarantee the long-term operational security of Darlington, L-3 MAPPS and its principal subcontractor, Massachusetts-based Quickware Engineering & Design, will refine existing equipment to emulate and ultimately replace the current computers that control key process systems. Existing computer emulation technology will be redesigned to allow for component upgrades and other improvements. Once OPG requirements have been satisfied, it can exercise an option for L-3 MAPPS to integrate the newly designed computer into the current Darlington DCC systems.

L-3 MAPPS, which, since 1970, has been in the business of supplying DCC components, provided Darlington DCC input/output system back in the late 1980s.

The company is also involved with the Varian DCC replacement initiative currently underway under the auspices of the Candu Owners Group. Varian computers are widely used in Candu DCC systems worldwide, whereas the computers at Darlington are unique.